The potential deal is for 66 aircraft, 75 General Electric Co engines, as well as other systems 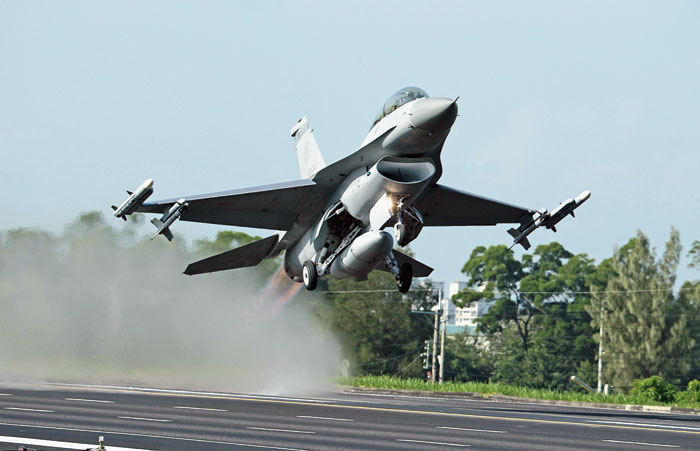 The US state department has approved a possible $8 billion sale of F-16 fighter jets to Taiwan, the defence security cooperation agency said on Tuesday in an official notification to Congress.

The potential deal is for 66 aircraft, 75 General Electric Co engines, as well as other systems, the agency said in a statement, adding it served the interests of the US and would help Taiwan maintain a credible defence.

China has already denounced the widely discussed sale, one of the biggest yet by the US to Taiwan, which Beijing considers a wayward province. It has warned of unspecified “countermeasures”.

“These fighters are critical to improving Taiwan's ability to defend its sovereign airspace, which is under increasing pressure from the People's Republic of China,” he said in a recent statement.

Pompeo told Fox News the sale was “consistent with past US policy” and that the US was “simply following through on the commitments we've made to all of the parties.” Taiwan President Tsai Ing-wen said the sale would help Taiwan build a new air force and boost its air defence capacity. In a post on Facebook, Tsai said she was grateful for Washington’s “continuous support for Taiwan’s national defence”.

“With strong self-defence capacity, Taiwan will certainly be more confident to ensure the cross-strait and regional peace and stability while facing security challenges,” she said.

Taiwan unveiled its largest defence spending increase in more than a decade last week, amid rising military tensions with China.

In Beijing, Chinese foreign ministry spokesman Geng Shuang reiterated a threat to put sanctions on US companies which sell weapons to Taiwan, saying such sales are a serious interference in China's internal affairs and violation of Chinese sovereignty.