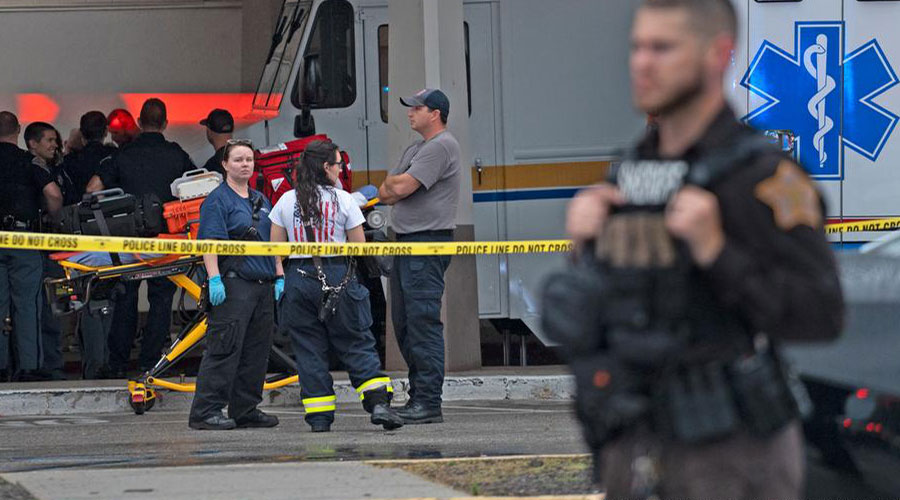 At least three people were killed and several others hurt after a gunman opened fire at a mall in the US state of Indiana. Police have the situation under control and there is no active threat to the area.

At least three people were killed and several others injured during a shooting Sunday evening at a mall in Greenwood in the US state of Indiana, local police said.

There is no longer an active threat to the area, Indianapolis Assistant Chief of Police Chris Bailey said. Greenwood is a southern suburb of Indianapolis with a population of around 60,000.

"We are sickened by yet another type of incident like this in our country," Bailey said.

Indiana Governor Eric Holcomb said he was monitoring the situation and thinking of the lives lost and the "victims of this horrible incident."

What we know so far

"He was shot by an armed individual," police said in the post.

The Greenwood Police Department Chief Jim Ison told reporters at a press conference that the shooter entered the Greenwood Park Mall with a rifle and began firing in the food court.

Officers responded to the shooting at around 6:00 p.m. local time and were looking for other victims, Ison added.

But authorities believe that the shooting was contained to the food court, Ison said.

Police also called on people to report to them if they witnessed the shooting.

Indianapolis Metropolitan Police and multiple other agencies are assisting in the investigation.

Ison told reporters that a 22-year-old who was legally carrying a firearm at the mall shot and killed the gunman.

"The real hero of the day is the citizen that was lawfully carrying a firearm in that food court and was able to stop the shooter almost as soon as he began," Ison said.

He said he didn't know details of the people killed but said people who were hurt and taken to the hospital were in a stable condition.

The mayor of Greenwood, Mark W. Myers, said in statement that the "tragedy hits at the core of our community."

The US has witnessed a spate of gun violence since May — a teenage gunman killed 10 people in a racist attack at a grocery store in Buffalo, New York, a shooter gunned down 19 children and two teachers at an elementary school in Uvalde, Texas, and a gunman fired into a crowd of people at a July 4th parade in Highland Park, Illinois.

The surge in shootings has reignited the debate on gun control measures, with the US House Judiciary Committee saying it would take up proposed legislation to ban certain assault weapons this week.

The legislation, however, is not expected to pass the Senate.

The US Constitution's Second Amendment protects the right to bear arms, but the issue is a divisive one in American politics.

Gun rights advocates argue that any move to restrict such protections could become a slippery slope, and the gun lobby has a powerful influence on many Republican lawmakers.