It serves as the starkest possible reminder of the dangers of these Channel crossings organised by ruthless criminal gangs," the lawmaker says on Twitter 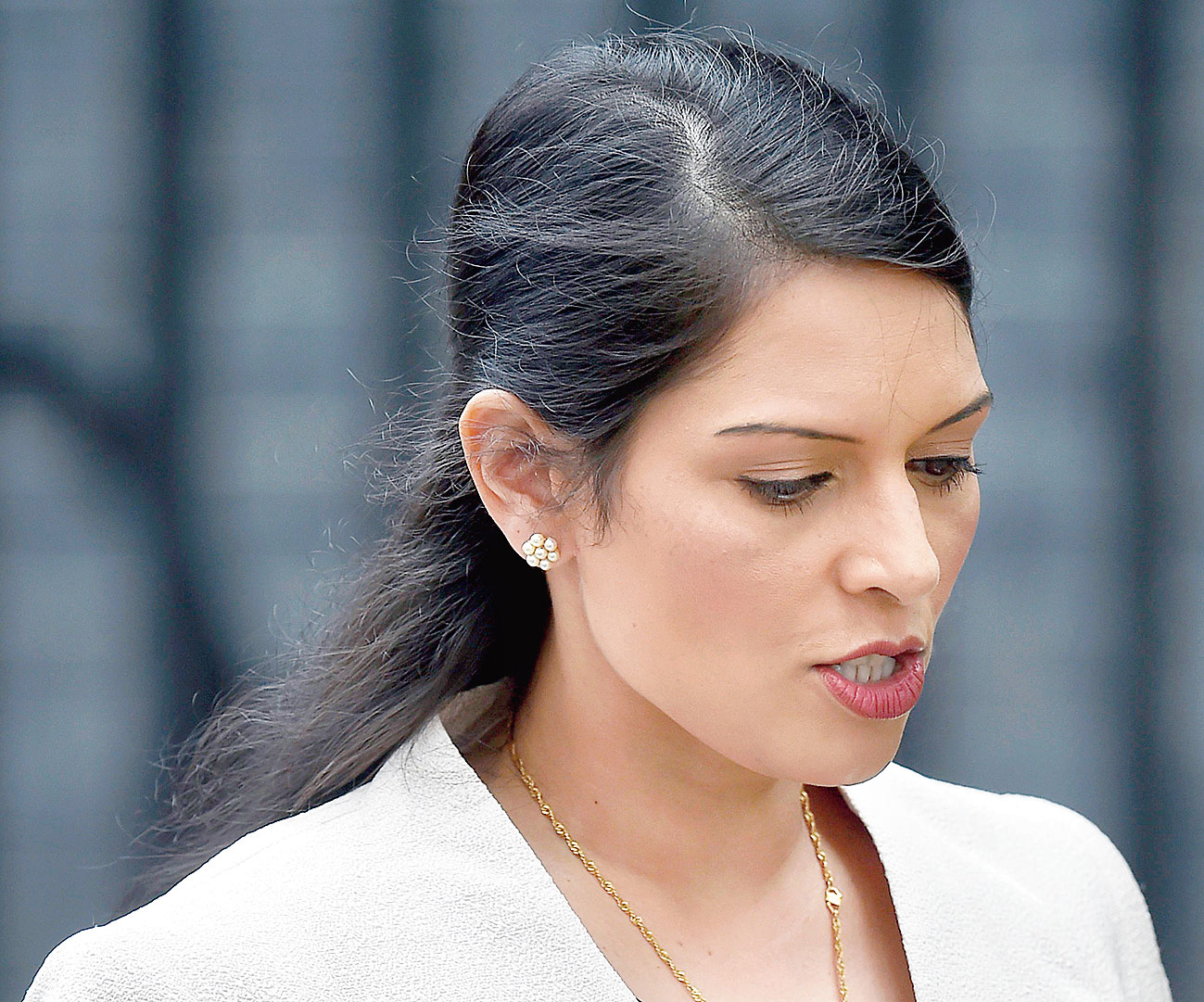 Britain's Home Secretary Priti Patel has vowed to fix the country's broken asylum system after 27 migrants drowned to death in the UK's worst single loss of life in the English Channel between France and England.

Thousands of migrants and asylum seekers from strife-torn regions such as Somalia, Iraq, Yemen and Libya make perilous journeys on makeshift boats from Calais in France to Dover in England, an issue that has been a major migrant crisis between the British and French authorities.

Those who drowned on Wednesday in the deadliest tragedy to date included 17 men, seven women one of whom was pregnant and three children, according to French Interior Minister Gerald Darmanin. The French government has made five arrests of suspected human traffickers related to the incident.

"It serves as the starkest possible reminder of the dangers of these Channel crossings organised by ruthless criminal gangs," Priti Patel said in a statement on Twitter.

It is why this government's New Plan for Immigration will overhaul our broken asylum system and address many of the long-standing pull factors encouraging migrants to make the perilous journey from France to the United Kingdom.

"We will continue to intensify all cooperation with France and other European partners to prevent migrants embarking on these deadly journeys, said the Indian-origin minister, who will be holding talks with her French counterpart to discuss the tragedy.

While two survivors remain in critical condition in a French hospital one of them is Iraqi and the other Somalian, the identities of those killed in the tragedy are yet to be confirmed.

British Prime Minister Boris Johnson spoke to his French counterpart Emmanuel Macron, and both leaders agreed on the urgency of stepping up joint efforts to prevent the deadly crossings and to do everything possible to stop the gangs responsible for putting people's lives at risk.

Johnson noted that the joint efforts of both the governments, including UK funding towards the patrols, had so far failed. "I just want to say that I'm shocked and appalled and deeply saddened by the loss of life at sea in the Channel," Johnson said.

"What this shows is that the gangs who are sending people to sea in these dangerous crafts will literally stop at nothing. But what I'm afraid it also shows is that the operation that is being conducted by our friends on the beaches, supported as you know with GBP 54 million from the UK to help patrol the beaches, the technical support we've been giving, they haven't been enough," he said.

The UK government has indicated the need for its own officials on the ground on the French side of the crossing and tougher measures to show criminal gangs that their business model won't work and stop them getting away with murder.

The alarm was raised on Wednesday after a fishing boat crew spotted several people in the sea off the coast of France.

Macron said France would not let the Channel become a "cemetery" and pointed out that 1,552 smugglers had been arrested in northern France and 44 smuggler networks dismantled since the start of 2021. His Interior Minister, Gerald Darmanin, called on other European countries also to do more.

"Those responsible for the tragedy which took place yesterday in the Channel are the smugglers, who for a few thousand euros promise Eldorado in England. The smugglers are criminals, this tragedy reminds us, painfully," said Darmanin.

The boat which sank was very flimsy, likened by the French government to "a pool you blow up in your garden".

Those who claim asylum in the UK are not normally allowed to work whilst their claim is being considered. They are instead provided with accommodation and support to meet their essential living needs.

The UK Home Office may grant permission to work to asylum seekers whose claim has been outstanding for more than 12 months through no fault of their own. Under this policy, those who are allowed to work are restricted to jobs on the shortage occupation list published by the department which includes health services and the fields of science and engineering.

The Dover Strait is the world's busiest shipping lane and more than 25,700 people are believed to have made the dangerous journey via that to the UK this year.