Turkey urges Kurdish fighters to lay down their arms

If this very night, all terrorists leave their weapons, then our operation will end by itself: Erdogan 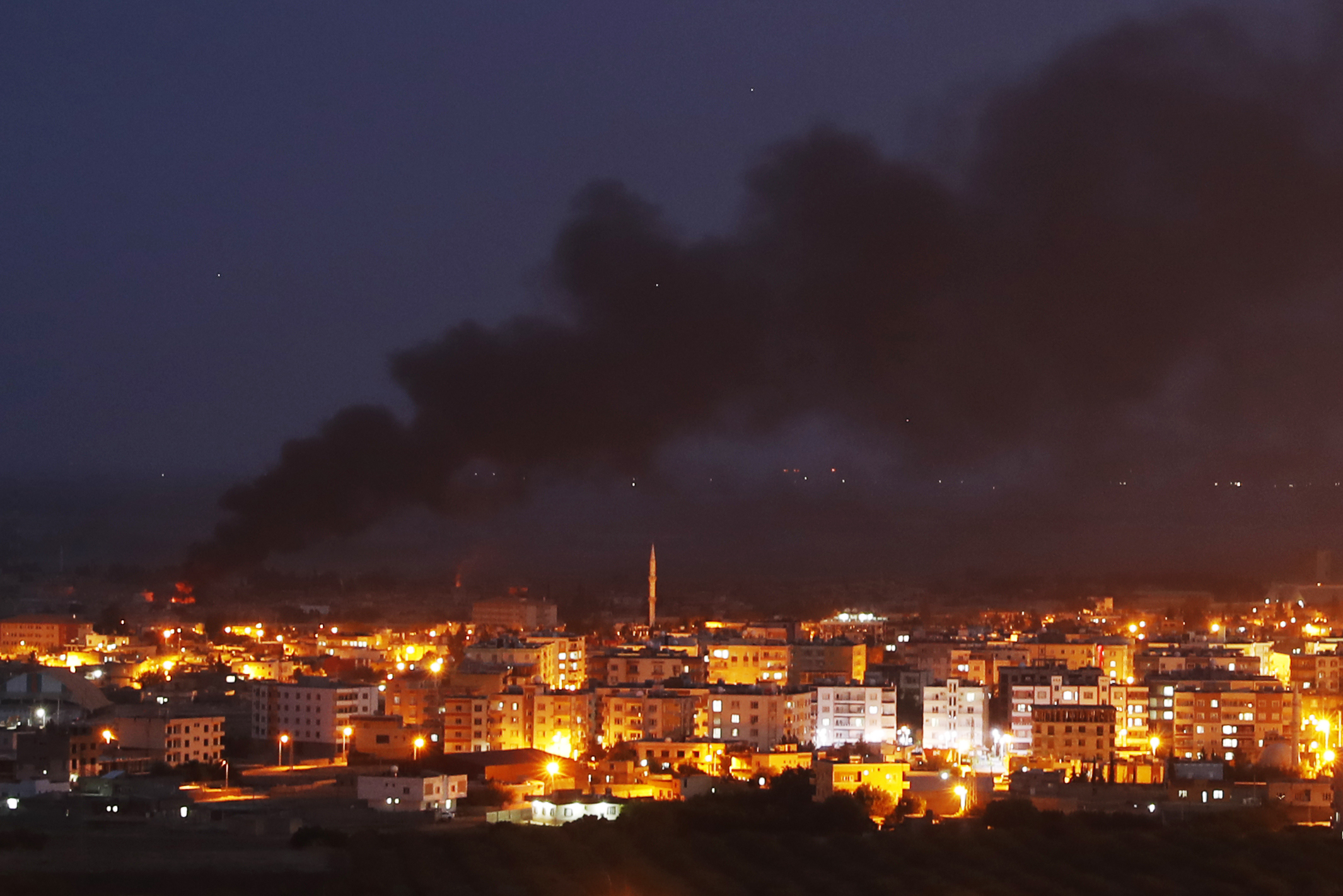 President Recep Tayyip Erdogan of Turkey on Wednesday called on Kurdish fighters battling his troops in northeastern Syria to lay down their weapons and withdraw from the border area “this very night”.

Resisting western pressure to halt the operation, Erdogan also requested international support for his country’s battle against Kurdish fighters whom Turkey considers terrorists but who had been allied with the US against the Islamic State.

Speaking to the Turkish parliament, Erdogan said Turkey would not stop fighting until it had established a planned “safe zone” in Syria roughly 20 miles deep, from the town of Manbij in the west to the Iraqi border in the east.

Even as he spoke, Vice- President Mike Pence and secretary of state Mike Pompeo were planning to travel to Turkey with plans to meet Turkish officials on Thursday and press for a ceasefire. There were conflicting reports from Turkey about whether Erdogan would even meet with them.

Erdogan told a reporter from the British broadcaster Sky News: “I am standing tall. I will not meet with them. They will meet with their counterparts. I will speak when Trump comes.”

It was unclear if he was referring to Pence and Pompeo, but later, his communications director, Fahrettin Altun, wrote on Twitter in English: “Earlier today, the President told @SkyNews that he won’t receive a US delegation that is visiting Ankara today. He does plan to meet the US delegation led by @VP tomorrow.”

Pompeo said in an interview on the Fox Business Network that the American delegation had “every expectation” that it would meet Erdogan, and that the delegation’s goal was to find a solution to the crisis in Syria, not further damage the US relationship with the Turks.

“We need them to stand down,” Pompeo said. “We need a ceasefire at which point we can begin to put this all back together again.”

But Erdogan said he had told President Trump that a truce was not possible because Turkey does not negotiate with “terrorists”.

Turkey has faced widespread western criticism and threats of economic sanctions and arms embargoes because of the incursion, which aims to sweep Kurdish fighters away from the Turkish border.

But Erdogan has billed the incursion as necessary for his country’s security and as a way to get some of the millions of refugees to return to Syria.

On Wednesday, he said: “If, this very night, all terrorists leave their weapons, equipment, everything, destroy the traps they have set up and leave the safe zone we designated in the region from Manbij to the Iraqi border, then our Peace Spring operation, which only targets terrorists, will end by itself.”

The incursion began after Trump ordered US forces to leave the region, paving the way for Erdogan to send in his troops and proxy militias.

The decision also shattered a partnership with a Kurdish-led militia in Syria that had been essential to the international fight against the Islamic State and gave Russia an opportunity to fill the security vacuum.

The US is now moving ahead with withdrawing the rest of its roughly 1,000 troops from northeastern Syria, opening a void that other combatants in the country’s eight-year-old war have sought to fill.

Turkey and the Syrian fighters it supports are battling for control of two border towns, while Syrian government forces have pressed north, seizing territory that was until recently protected by the US and its Kurdish partners.

Turkey considers Syria’s Kurdish-led militia a security threat because of its links to a guerrilla movement that has been fighting an insurgency against the Turkish state for decades.