Turkey to agree transfer of Khashoggi trial to Saudi Arabia 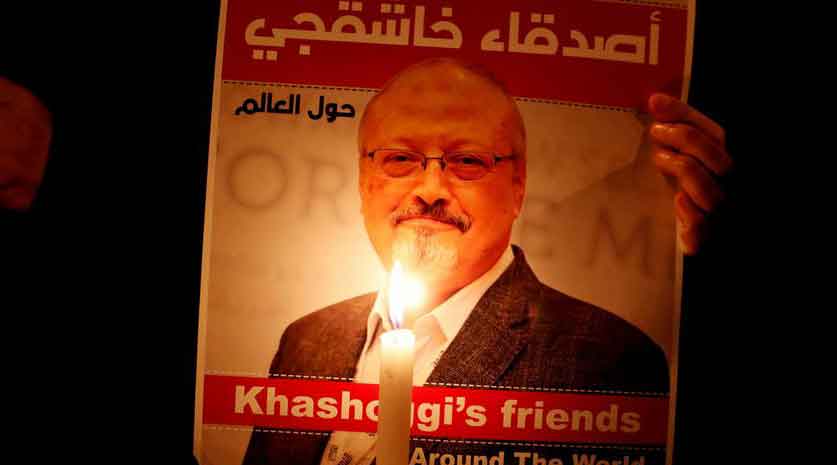 Jamal Khashoggi, an outspoken critic of the Saudi royal family, was killed in Istanbul's Saudi consulate in 2018. The justice minister has agreed to a Turkish prosecutor's request to move the trial to Saudi Arabia.

On Friday, Turkish Justice Minister Bekir Bozdag agreed to request an Istanbul court shut down the trial in absentia of 26 Saudi suspects in the murder of journalist Jamal Khashoggi.

On Thursday, the Turkish prosecutor in the case requested that the trial be suspended and transferred to Saudi authorities.

The move comes as Turkey seeks to better its relations with Saudi Arabia, which had soured following the killing.

Khashoggi, who was a prominent critic of Saudi Arabia's Crown Prince Mohammed bin Salman, was murdered at the Saudi consulate in Istanbul in 2018.

The death sparked an international outcry and put pressure on the crown prince, who was later accused by US intelligence of authorizing the killing — a charge he denies.

At the time, Turkish authorities said they believe Khashoggi was killed and his body dismembered in an operation which President Recep Tayyip Erdogan said had been ordered at the "highest levels" of the Saudi government.

In 2020, Saudi Arabia imprisoned eight people for between seven and 20 years for the murder. None of the defendants were named in what rights groups such as Amnesty International called a sham trial.

Meanwhile, 26 Saudi nationals have been on trial in absentia in Turkey for nearly two years. The Istanbul court overseeing the case said it would ask for the Justice Ministry's opinion on the request to move proceedings. The next hearing is set for April 7.

Khashoggi's fiancee 'heartbroken' by the request

Khashoggi's fiancee, Hatice Cengiz, who attended the court hearing on Thursday, said in a statement: "No good will come of sending the case to Saudi Arabia."

"We all know the authorities there will do nothing. How do we expect the killers to investigate themselves?"

Amnesty International also criticized the prosecutor's request, saying Ankara would be complicit in a coverup if it allowed the trial to be transferred.

"Instead of prosecuting and shedding light on a murder that was committed on its territory ... Turkey will be knowingly and willingly sending the case to a place where it will be covered up,'' said Tarik Beyhan, Amnesty's campaign director for Turkey.

Khashoggi's murder and subsequent accusations soured relations between the two regional powers and resulted in an unofficial Saudi boycott of Turkish goods, which cut Ankara's exports to Riyadh by 90%.

Erdogan is now seeking better ties with states which had become bitter rivals in recent years, including Egypt, Israel, the United Arab Emirates and Saudi Arabia.

Earlier this year, the Turkish president said he hoped to take "concrete steps" with Riyadh soon.