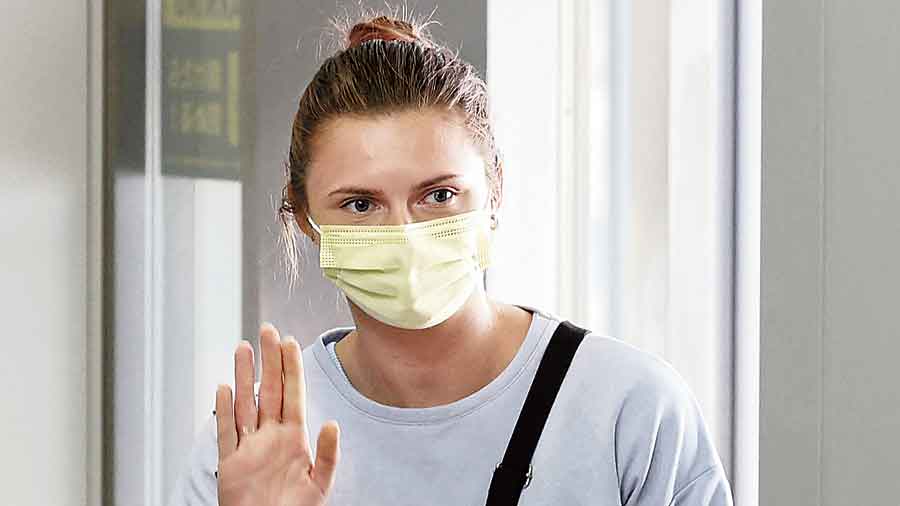 Olympic sprinter Krystsina Tsimanouskaya decided to defect as she was being driven to a Tokyo airport because her grandmother told her that it was not safe to return home to Belarus.

In an exclusive interview with Reuters in Warsaw on Thursday, she said her family feared she would be sent to a psychiatric ward if she went back to Belarus, and that her grandmother had called her to tell her not to return.

“I have always been far from politics, I didn’t sign any letters or go to any protests, I didn’t say anything against the Belarusian government,” she said.

“I’m a sportsperson and I didn’t understand anything in political life. I try not to do anything other than a sport in my life and I try my best to not be distracted by politics.”

“It may sound cruel because of all the terrible things that happened in Belarus last summer but I was trying to keep away from it, but all I have wanted is to go to the Olympics and do my best,” she said, referring to protests last year.

The 24-year-old athlete caused a furore on Sunday when she said coaches angry at her criticism had ordered her to fly home from Tokyo. After seeking protection from Japanese police, she flew on Wednesday to Poland instead of Belarus.