Taliban: Won't allow anyone to interfere in Afghanistan 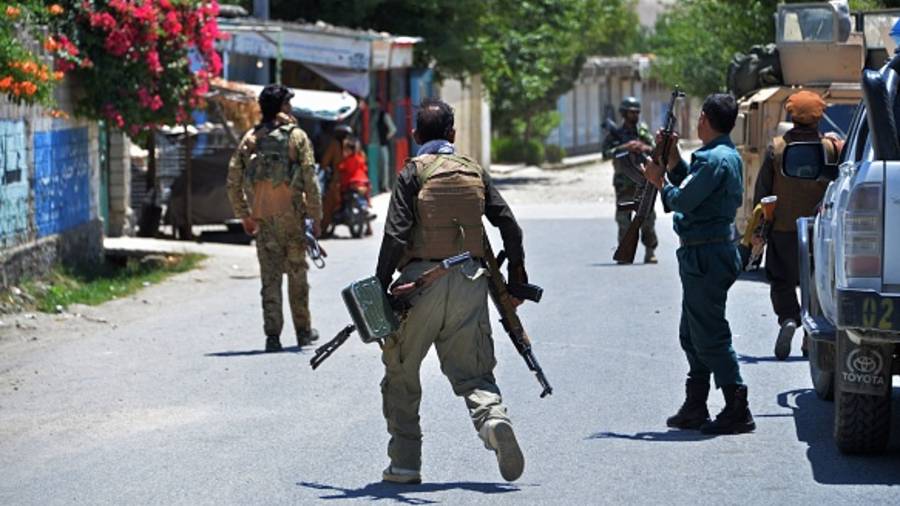 The Taliban has assured Islamabad that Afghan territory will not be used against Pakistan, he said.
File photo
Our Bureau And Agencies   |   Islamabad   |   Published 06.09.21, 10:26 PM

The Taliban on Monday asserted that it will not allow any country, including Pakistan, to interfere in Afghanistan's internal affairs as it confirmed that ISI chief Lt Gen Faiz Hameed met the insurgent group's de-facto leader Mullah Abdul Ghani Baradar in Kabul, amidst efforts to finalise a government in the war-torn country.

The questions of interference in Afghanistan's internal affairs were raised after the Inter-Services Intelligence (ISI) Director General Lt Gen Hameed dashed to Kabul on an unannounced visit last week.

Taliban spokesperson Zabiullah Mujahid said that the group will not allow any country, including Pakistan, to interfere in Afghanistan's affairs, Afghanistan's Khaama news reported.

Lt Gen Hameed was the first high-ranking foreign official to visit Afghanistan since the Taliban seized the Afghan capital in mid-August.

During a press conference in Kabul on Monday, Mujahid confirmed that the ISI chief had met with Mullah Baradar during his visit to Kabul, BBC Urdu reported.

The Taliban has assured Islamabad that Afghan territory will not be used against Pakistan, he said.

Earlier, Pakistani media reported that a delegation of senior officials led by Lt Gen Hameed was in Kabul at the invitation of the Taliban, but the insurgent group said that Islamabad had proposed his visit.

On Sunday, the Taliban said that the Pakistani spy chief was in Afghanistan to improve bilateral relations between Kabul and Islamabad.

Ahmadullah Wasiq, deputy head of the Taliban's Cultural Commission, said that the Taliban leaders talked with Lt Gen Hameed about bilateral relations and the problems of Afghan passengers at the Torkham and Spin Boldak passes between Afghanistan and Pakistan.

"This Pakistani official has come to solve Afghan passengers'' problems at the border areas, especially in Torkham and Spin Boldak. They wanted (his visit to Kabul) and we accepted," Wasiq was quoted as saying by TOLO news.

Pakistan on Thursday temporarily closed the Chaman border crossing - the second-largest commercial border point with Afghanistan after the Torkham commercial town in Khyber Pakhtunkhwa - due to security threats.

At his press conference, Mujahid noted that the recent delegation to Kabul said the crossings had been closed due to security concerns linked to release of prisoners inside Afghanistan, and requested checks for those seeking to enter or leave the country.

In a short video clip circulated in the media last week, Lt Gen Hameed was seen trying to respond to questions by a journalist who first asked: "Will you be meeting senior people in the Taliban?"

"No, I'm not clear..." the ISI chief said and looked towards Pakistan ambassador to Kabul Mansour Ahmad Khan, who was standing by his side, to respond to the question.

In response to another question, Hameed smiled and said: "Don't worry, everything will be okay."

It was the first high-level visit of any Pakistani official to Afghanistan since the Taliban took over Kabul on August 15, in a move that surprised both their foes and friends.

Since then, the Taliban have been trying to form a government but so far have held back the announcement.