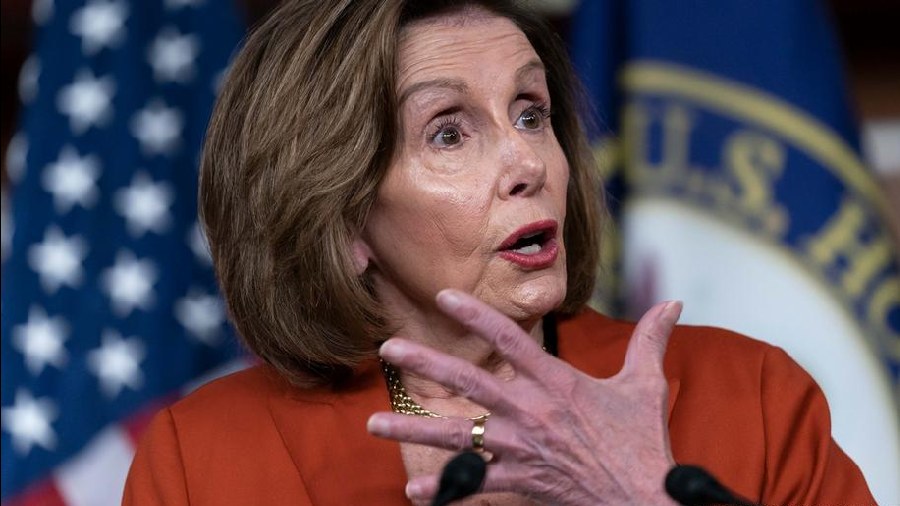 There is widespread speculation over whether Pelosi would make a stop in Taiwan
Deutsche Welle
Deutsche Welle   |   Published 01.08.22, 07:23 PM

The speaker of the US House of Representatives, Nancy Pelosi, began her Asia tour on Monday, with a lot of attention still on whether she will make a stopover in Taiwan or not.

Over the last week, some US government officials and foreign policy analysts have expressed concerns about the likelihood of such a trip escalating tensions between Beijing and Washington, while China's Defense Ministry threatened to respond with strong measures if the visit took place.

And during a recent call with US President Joe Biden, Chinese President Xi Jinping issued a warning to Washington not to "play with fire" over the island and urged Biden to adhere to the "one China" principle. "Those who play with fire will only get burnt," Xi reportedly said. "[We] hope the US side can see this clearly."

Shi Yinhong, a professor of international relations at Renmin University of China, believes that Beijing will follow through on its warnings with some kind of military action should Pelosi visit Taiwan.

"I don't think anyone could predict in any detail what China would do militarily as a response to the visit. But I believe Beijing will launch some kind of military measures but they will be less than those which have substantial risk to lead to military conflict," he said.

Amanda Hsiao, a senior China analyst at the think tank International Crisis Group (ICG), shares a similar view. "There are a number of options that China can take for showing how much they object to the trip," she said.

For Beijing, the expert added, if they don't do anything in response to this visit, they fear that it will give the green light for the US and other countries to continue sending high-ranking officials on visits to Taiwan.

But she believes China will try to avoid a direct military confrontation with the US.

"I think China will be very careful that whatever they do doesn't draw the US into some sort of accidental dangerous encounter that escalates into something bigger."

China views Taiwan as part of its territory and vows to "unify" the democratically-governed island with the mainland, using force if necessary.

In recent years, Beijing has stepped up its military intimidation of Taiwan, increasingly sending its fighters, bombers and surveillance aircraft near the self-governing island, while also dispatching warships through the Taiwan Strait in a show of force.

It continues to sell military gear to Taiwan for self-defense, even though Beijing has repeatedly warned the US not to do so. US Navy warships also regularly sail through the Taiwan Strait to project American military power in the region.

In recent years, the US deepened military ties with Taiwan and increased arms deliveries. And Biden has said the US would come to Taiwan's defense if China attacked.

Many American officials also often make discreet visits to Taiwan to show support to the island.

Concerns over a potential Chinese military invasion of Taiwan have risen since Russia launched its invasion of Ukraine at the end of February.

On Saturday, China said it conducted live-fire military exercises off its coast opposite Taiwan, but the announcement didn't specify whether the drills included weapons like fighter jets or missiles.

Drew Thompson, a visiting senior research fellow at the National University of Singapore and a former US defense official, however, believes the threats made by some former journalists and retired military officers "don't reflect an authoritative view from Beijing."

"Xi Jinping's discussion with President Biden is pretty consistent with what he said to Biden about Taiwan in the past. He didn't name any specific credible threat to use force or to trigger a crisis. My assessment is that Xi doesn't want a security crisis," he underlined.

"While Pelosi's visit could be helpful for interaction between China and the US, I also worry that China would punish Taiwan with unreasonable actions," said Evonne Yin, a resident of Taoyuan city in her 30s.

Kathy Cheng, an entrepreneur, said she is unsure whether the visit will be helpful for Taiwan or not.

"I think her possible visit could give Taiwan more international visibility but on the other hand, I'm not sure whether people are really listening to Taiwan or just focusing on what the US and China are saying," she said.

But Fang-Yu Chen, a political science professor at Soochow University in Taiwan, said a visit by Pelosi will undoubtedly be positive for the island. "Any public visit and interaction between Taiwanese and American government officials will be helpful to Taiwan," he stressed.

"Beijing's threats have actually become commonplace in Taiwan. Whether Pelosi comes to Taiwan or not, the threats from Beijing are always there."

Show of support and solidarity?

Ian Easton, senior director of the US think tank Project 2049, said a trip by Pelosi would show Taiwan solidarity and support from Washington. "Speaker Pelosi's trip would not change the dangerous and provocative trajectory Beijing is on, but it would show the American people's support and solidarity for a fellow democracy," he underlined.

Hsiao, the ICG expert, said it doesn't mean the visit to the island is ruled out.

It might be a way to reduce the officialness and the significance of the trip by leaving Taiwan out of the statement. It might be that they haven't made a decision yet," she noted. "Pelosi could still make a stop in Taiwan."