There were various reports of collapsed buildings with people stuck in the rubble in some of districts of Izmir, one of Turkey’s main tourist regions 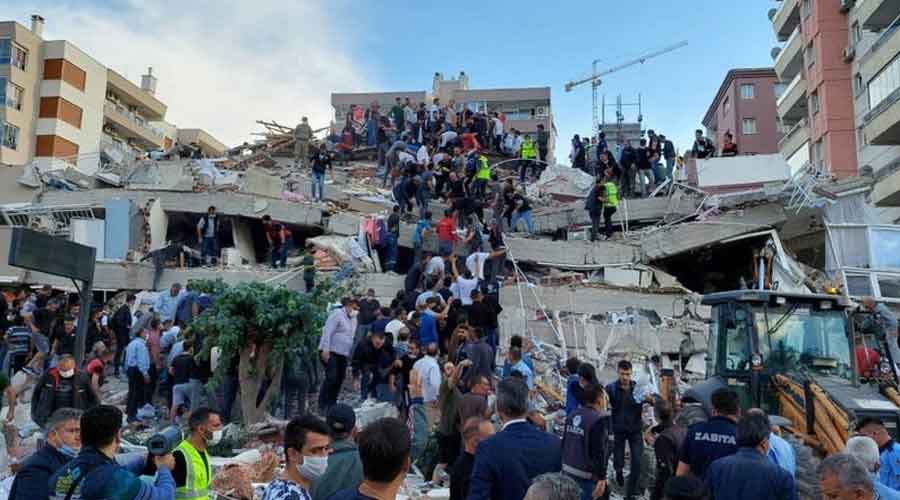 Six people were killed in Turkey after a strong earthquake struck the Aegean Sea on Friday, bringing buildings crashing down and setting off tidal waves which slammed into coastal areas and nearby Greek islands.

People ran onto streets in panic in the coastal city of Izmir, witnesses said, after the quake struck with a magnitude of up to 7.0 at around 1150 GMT. Some neighbourhoods were deluged with surging seawater which swept a flood of debris inland and left fish stranded as it receded.

The Disaster and Emergency Management Presidency (AFAD) said six people died, one due to drowning, while 202 people were injured.

There were various reports of collapsed buildings with people stuck in the rubble in some of districts of Izmir, one of Turkey’s main tourist regions, and partial damage to property in other provinces, Turkish officials said.

Izmir mayor Tunc Soyer said around 20 buildings came down in the province. Izmir’s governor said 70 people had been rescued from under the rubble.

Ilke Cide, a doctoral student who was in Izmir’s Guzelbahce region during the earthquake, said he went inland after waters rose after the earthquake. “I am very used to earthquakes... so I didn’t take it very seriously at first but this time it was really scary,” he said.