Rocket attack hits near US embassy in Iraq capital

Two of the rockets fell inside the U.S. Embassy compound, while another hit near the coalition base 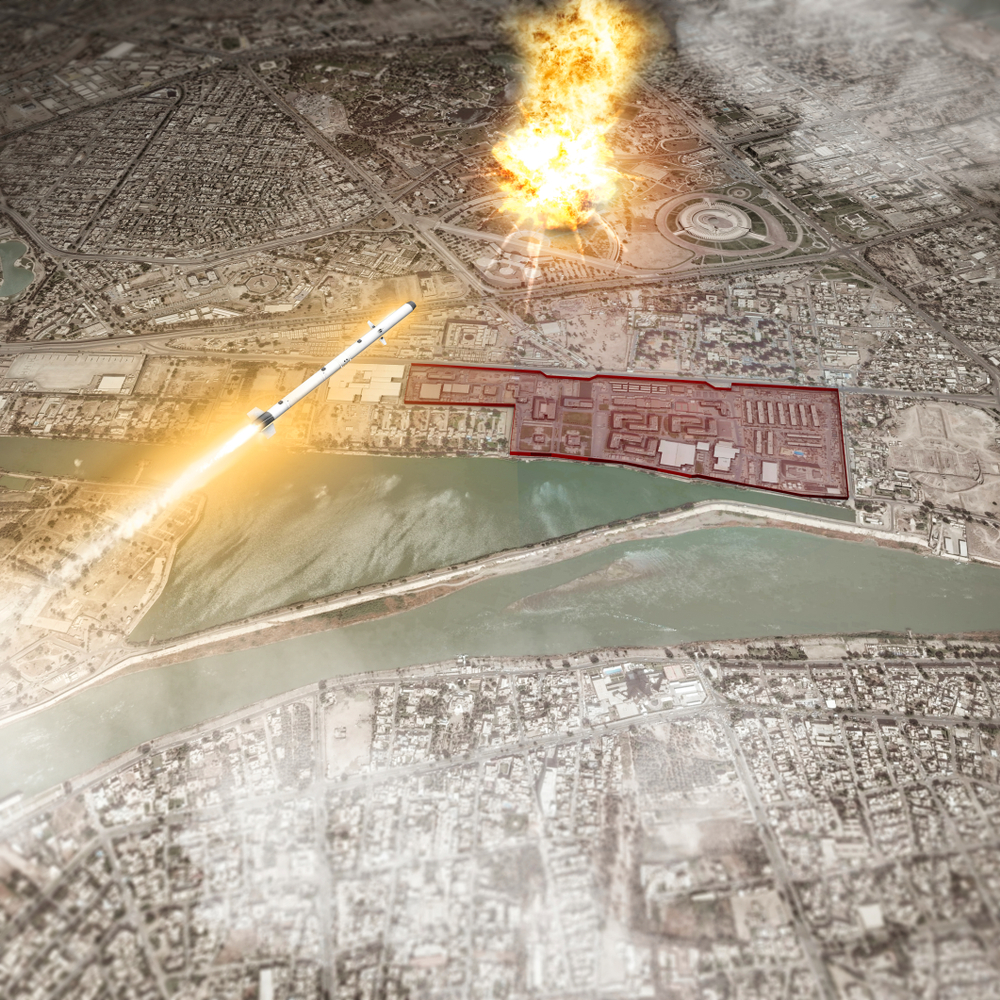 At least four rockets hit near the sprawling U.S. Embassy in Baghdad and a Iraqi base hosting American troops inside the Green Zone early Sunday, but caused no casualties and only minor damage, U.S. and Iraqi officials said.

The attack came just before 3:30 a.m. local time, according to Col. Myles B. Caggins III, a spokesman for the U.S. military operation in Iraq. He only said the rockets hit the base hosting U.S. and other coalition forces.

However, three Iraqi security officials said two of the rockets fell inside the U.S. Embassy compound, while another hit near the coalition base. The Iraqi officials spoke on condition of anonymity because they were not authorized to speak to the media.

The attack was the latest in a recent series of rocket and mortar strikes on Iraqi bases housing U.S. troops. On Thursday, a mortar shell exploded in the K1 Iraqi military airbase in Kirkuk province in northern Iraq. No casualties were reported, Iraqi security officials said.

An Iranian missile attack on Iraq's Ain al-Asad air base on Jan. 8 injured dozens of U.S service members. It was in retaliation for the U.S. drone strike in Baghdad that killed Iran's most powerful general, Qassem Soleimani, on Jan. 3.

The U.S. Embassy in Baghdad has also been a flashpoint amid wider U.S.-Iran tensions in the region, which have played out inside Iraq in recent weeks. Iraqi supporters of an Iran-backed militia stormed the embassy compound Dec. 31, smashing the main door and setting fire to the reception area.