Hussle was killed in the parking lot outside his clothing store 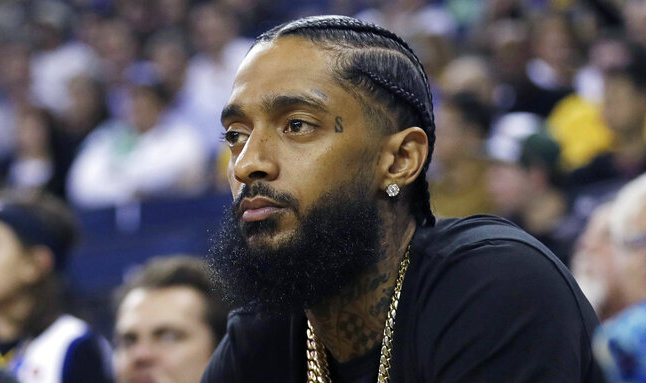 In this March 29, 2018, file photo, rapper Nipsey Hussle watches an NBA basketball game between the Golden State Warriors and the Milwaukee Bucks in Oakland, California.
AP
Mihir Zaveri And Joe Coscarelli/NYTNS   |   Published 01.04.19, 09:37 AM

Rapper Nipsey Hussle was fatally shot outside his clothing store in the Hyde Park neighbourhood of Los Angeles on Sunday, authorities said.

Nipsey Hussle, born Ermias Asghedom, was shot multiple times, according to The Los Angeles Times. His death was confirmed by a Los Angeles city official.

Two other people were shot and wounded, one of whom was taken to a hospital, according to the Los Angeles police department.

All three were shot in the parking lot outside the store, according to Lt Chris Ramirez of the Los Angeles police. He said police were still piecing together what happened, and they do not have a motive for the shooting, which they are investigating as a homicide. Police believe at least one suspect fled from the scene in a car.

Footage from local television stations showed multiple police vehicles blocking off a road near a small shopping complex near the intersection of Slauson Avenue and Crenshaw Boulevard. Nipsey Hussle was shot outside The Marathon Clothing store that he opened in 2017, according to multiple news reports.

“Our hearts are with the loved ones of Nipsey Hussle and everyone touched by this awful tragedy,” Mayor Eric Garcetti said in a tweet on Sunday. “LA is hurt deeply each time a young life is lost to senseless gun violence.”

News of his death prompted an outpouring of support from musicians and the community in Los Angeles, where Nipsey Hussle was born.

“My whole energy is just at a low right now hearing this,” the rapper Drake, who collaborated with Nipsey Hussle, wrote on Instagram.

A Los Angeles fixture since the mid-2000s, he first drew widespread acclaim in hip-hop for his three-part mixtape series, Bullets Ain’t Got No Name. His stage name is a “twist on comedian” Nipsey Russell, according to the Grammy Awards website.