We cannot allow the world’s top AI talent to be drawn to America or China, says the prime minister 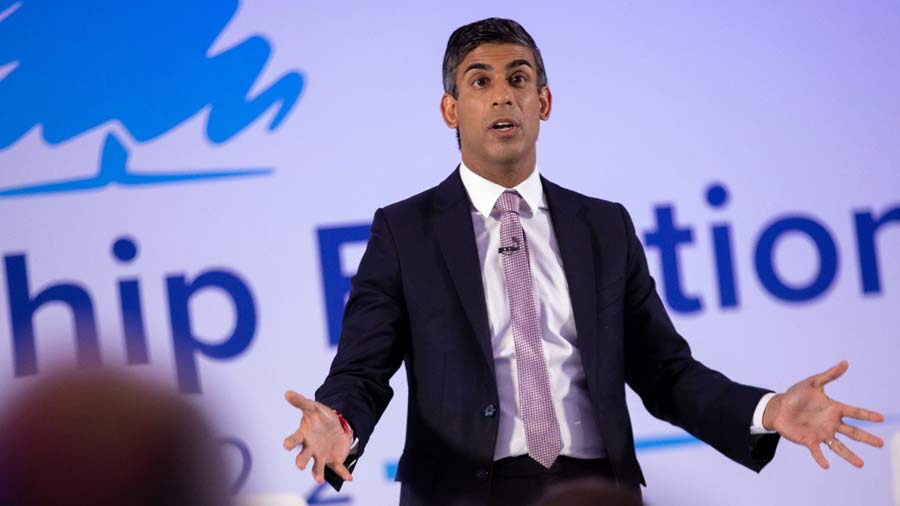 British Prime Minister Rishi Sunak on Monday unveiled a new scheme for the world’s 100 most talented young professionals in the field of artificial intelligence (AI) as part of his vision to make the UK a "beacon" to attract the “brightest and best” from around the world.

Addressing the Confederation of British Industry (CBI) annual conference in Birmingham, Sunak told an audience of business chiefs and professionals that control over the country’s post-Brexit immigration policy remains crucial.

However, he pledged to create “one of the world’s most attractive visa regimes for entrepreneurs and highly skilled people” and make use of the “Brexit freedoms” to strike trade deals with "the world's fastest-growing economies".

The UK is currently negotiating a free trade agreement (FTA) with India, which Sunak has previously told Parliament he wants to get done “as quickly as possible”.

“We cannot allow the world’s top AI talent to be drawn to America or China,” said Sunak.

“That’s why, building on the AI scholarships and Master’s conversion courses I instigated as chancellor, we are launching a programme to identify and attract the world’s top 100 young talents on AI,” he said.

He went on to reiterated his determination to crack down on illegal immigration to the country to build trust in the system following Britain’s exit from the European Union (EU) to end the free movement of people within the economic bloc.

“We must be honest with ourselves. Part of the reason we ended the free movement of labour was to rebuild public consent in our immigration system. If we are going to have a system that allows businesses to access the best and brightest from around the world, we need to do more to give the British people trust and confidence that the system works and is fair.

"That means tackling illegal migration and that is what I am determined to do," Sunak said.

His speech came as the CBI called on the government to allow more immigration to address the shortage of labour within certain sectors of the UK economy, such as hospitality.

"We don't have the people we need nor do we have the productivity," said CBI Director-General Tony Danker.

Sunak told the conference that harnessing innovation to drive economic growth, embedding innovation in public services and teaching people skills to become "great innovators" is how he believes the problems can be overcome.

"There's one factor above all that drives growth, over the last 50 years innovation was responsible for around half of the UK's productivity increases. But the rate of increase has slowed significantly since the financial crisis. This difference explains all our productivity gap with the United States,” said Sunak.

"We are absolutely committed to using our Brexit freedoms to create the most pro-innovation regulatory environment in the world," he said.

"The idea of what's yet to be discovered is surely even greater than all that's come before. I want the United Kingdom to be a place of learning, discovery and imagination, of potential realised and ambition fulfilled. That's how we'll improve the lives of all our people. And as your prime minister, that's what I'm going to do," he said.