PM Wickremesinghe will act as President until a new President is elected: Lankan Speaker 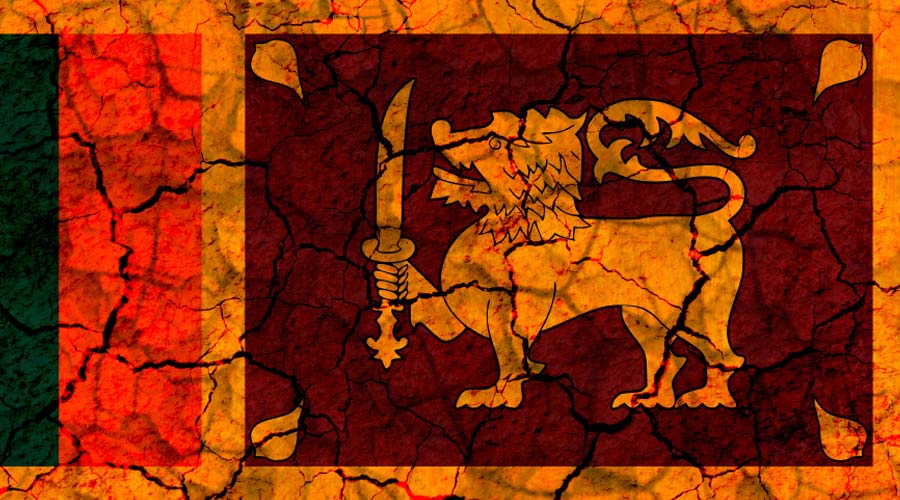 Sri Lankan President Gotabaya Rajapaksa has resigned, Parliament Speaker Mahinda Yapa Abeywardena officially announced on Friday, two days after the embattled leader fled the country in the face of massive protests against his government for mishandling the economy that bankrupted the country.

The 73-year-old leader on Thursday emailed his resignation letter to the Speaker soon after he was allowed by Singapore to enter the city-state on a "private visit".

On Friday morning, Speaker Abeywardena formally announced that President Rajapaksa has resigned after confirming the authenticity of the resignation letter emailed to him.

"I have received the resignation letter sent by President Rajapaksa. Accordingly, the president has resigned with effect from July 14," he said.

In a press statement, the Speaker said that Prime Minister Ranil Wickremesinghe will act as interim president till the conclusion of the process of electing a new president by parliament.

He urged the public to allow a peaceful environment for all lawmakers to take part in the process which should finish within seven days.

"I urge for cooperation from all party leaders, public officials and security officials. I earnestly request the public to allow for a peaceful environment within which all parliamentarians would be free to act according to their conscience," he said.

The Sri Lankan Parliament will meet on Saturday.

The Speaker had received the resignation letter from Rajapaksa through the Sri Lanka High Commission in Singapore on Thursday night. However, he wanted to make the official announcement after the verification process and legal formalities, his media secretary Indunil Abeywardena had said.

On Saturday, Rajapaksa had announced to step down on July 13 after thousands of protesters stormed his official residence, blaming him for the unprecedented economic crisis that has brought the country to its knees.

He, however, fled to the Maldives without resigning from his office. From Maldives, he went to Singapore on Thursday.

A spokesperson for Singapore Ministry of Foreign Affairs said that Rajapaksa has been "allowed entry into Singapore on a private visit".

He has not asked for asylum and neither has he been granted any asylum, the spokesperson said on Thursday, adding Singapore generally does not grant requests for asylum.

Rajapaksa was the first person with the army background to be elected as Sri Lanka's President in 2019.

Under the Sri Lankan Constitution, if both the president and prime minister resign, the Speaker of parliament will serve as acting president for a maximum of 30 days.

The Parliament will elect a new president within 30 days from one of its members, who will hold the office for the remaining two years of the current term.

The official announcement of Rajapaksa's resignation comes a day after anti-government protesters vacated some of the administrative buildings, including the President's House and the PM Office, they have been occupying since April 9 demanding Rajapaksa's ouster.

Rajapaksa, who had promised to resign on Wednesday instead appointed Prime Minister Wickremesinghe as the Acting President hours after he fled to the Maldives, escalating the political crisis and triggering a fresh wave of protests in the island nation.

Prime Minister Wickremesinghe on Wednesday asked the Speaker to nominate a Prime Minister who is acceptable to both the Government and Opposition.

President Rajapaka's brothers - former prime minister Mahinda Rajapaksa and ex-finance minister Basil Rajapaksa - on Thursday gave an undertaking to the Supreme Court through their lawyers that they will not leave the country until the Fundamental Rights petition filed against them is heard on Friday.

Mahinda, the patriarch of the Rajapaksa clan, resigned from the post of prime minister on May 9, hours after his supporters attacked anti-government protesters outside President Rajapaksa's office.

The 76-year-old former strongman was barred by a Sri Lankan court from travelling abroad in May in view of investigations against them for the deadly attack on anti-government protesters in Colombo.

Basil, a US passport holder, resigned as finance minister in early April as street protests intensified against shortages of fuel, food and other necessities and quit his seat in parliament in June.

On Thursday, the Sri Lankan Army in a statement urged the protesters to desist from violence immediately or be prepared to face the "consequences", warning that the security forces are "legitimately empowered" to exercise force.

At least 84 people were hospitalized when protesters clashed with the security forces at the PM office and at the main access junction to Parliament on Wednesday after President Rajapaksa fled the country. The police fired tear gas and water cannons at the mob who were trying to break barriers and enter the restricted zone.