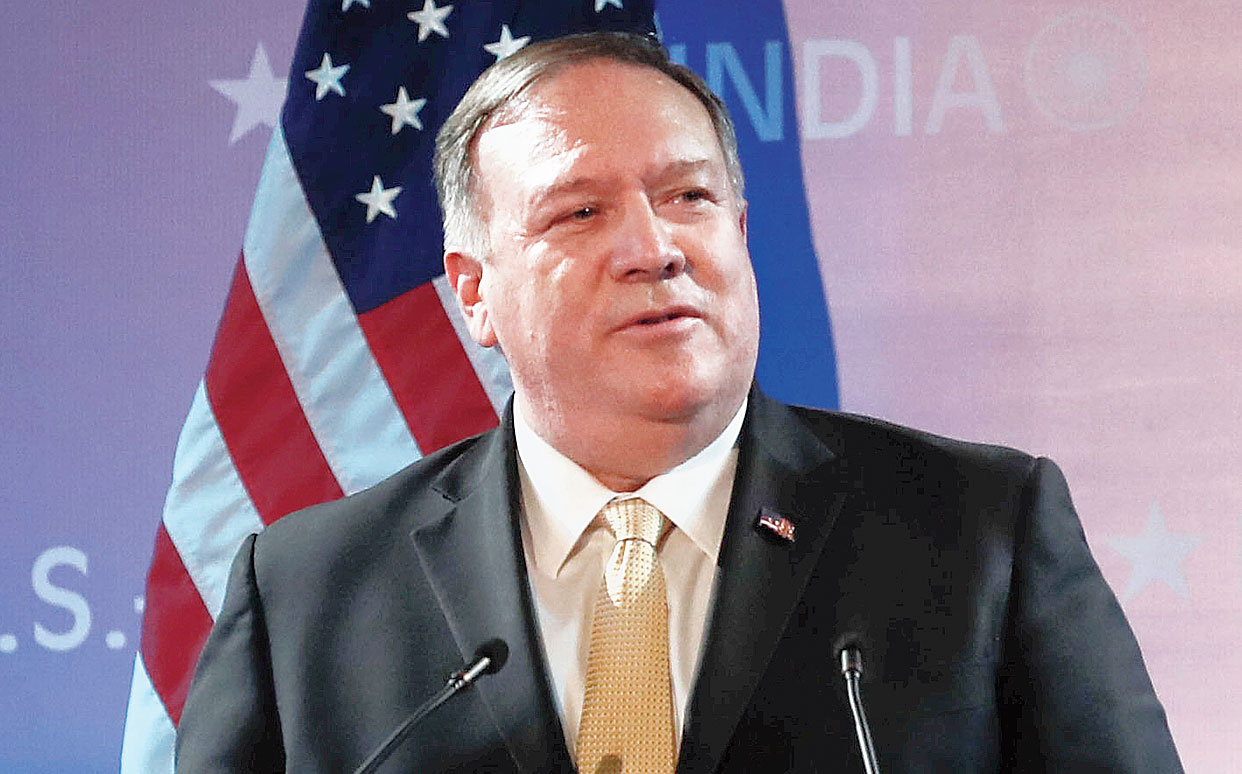 Mike Pompeo on Thursday became the first US secretary of state to visit an Israeli West Bank settlement and the Golan Heights, in a show of solidarity that led Palestinians to accuse him of helping to cement Israeli control over occupied territory.

Pompeo’s trips came during the Israeli leg of what may be his last tour of West Asia in the final months of President Donald Trump’s administration.

Trump delighted Israel in 2019 by recognising Israel’s claim to sovereignty over the area of the Golan Heights that it captured from Syria in a 1967 war and later annexed, in a move that was not recognised by most of the international community.

Last year, Pompeo, an evangelical Christian, broke with decades of US foreign policy to announce that the US under Trump no longer viewed Israel’s settlements in the West Bank as “inconsistent with international law”.

These and other decisions were greeted with dismay by the Palestinians, who boycotted the Trump White House for nearly three years, accusing it of consistent pro-Israel bias.

The Palestinians have indicated they would resume relations as normal with Washington once President-elect Joe Biden takes office, widely seen as a gesture of goodwill towards his future administration.

However it is unclear how many of Trump’s decisions will be reversed by a Biden administration.

On Thursday morning Pompeo appeared alongside Israeli Prime Minister Benjamin Netanyahu, who said both Pompeo and Trump were long-standing friends of Israel. Pompeo said the two leaders discussed Iran, the perceived threat of which has shifted political fault lines in the region.

He also issued guidelines for Israeli products made in settlements to be labelled “Made in Israel” or “Product of Israel” when exported to the US, removing the distinction between goods made within Israel and those produced in occupied territory.