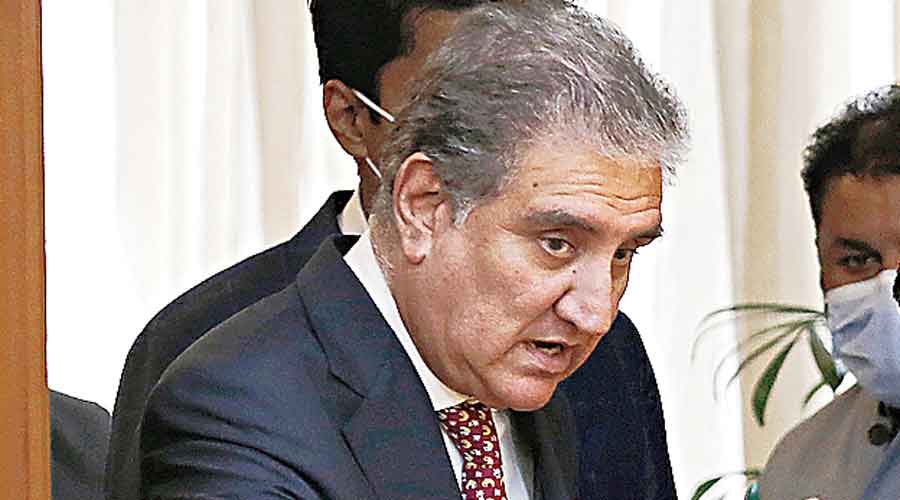 Pakistan has yet to recognise Afghanistan’s interim government. They have failed to win international recognition. Qureshi said Pakistan was determined to help the Afghan people to save them from an economic crisis.

He added that Pakistan would also allow duty free import of fresh fruits and vegetables from Afghanistan to facilitate bilateral trade.

The UN has warned last month that the poverty rate in Afghanistan was soaring and public services were close to collapse.

Some 40 per cent of the country’s GDP — national output — comes from aid, according to the World Bank. The US also froze some $10 billion of the country’s central bank assets after the Taliban captured Kabul in August.

Speaking to the media after the meetings, Qureshi said that he had a detailed and result-oriented discussion with the Taliban leadership, the Dawn newspaper reported.

Qureshi was visiting Afghanistan for the first time after the Taliban took over in mid-August. He is the third foreign minister after Qatar and Uzbekistan to visit Kabul.

He said Pakistan, in collaboration with Afghanistan’s neighbours, was committed to playing a key role for peace and stability in the region.

The Pakistani delegation also held talks with Afghanistan’s acting foreign minister Amir Khan Muttaqi.  Addressing a news conference in Islamabad after returning from his visit, Qureshi said the border crossings between the two countries will remain open 24/7 for trade.