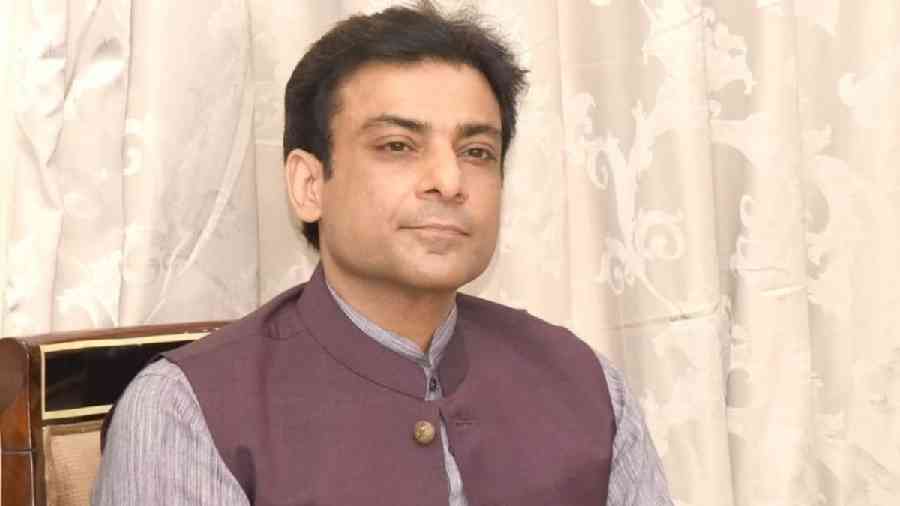 Hamza Shehbaz, the son of Pakistan Prime Minister Shehbaz Sharif, on Saturday took oath as the chief minister of Punjab province, a day after he was re-elected to the post by just three votes amidst high drama when the deputy speaker rejected 10 crucial votes of his rival candidate

Punjab Governor Balighur Rehman administered the oath to Hamza, 47. The oath-taking ceremony was held at the Governor House in Punjab.

The run-off election for the post of Punjab chief minister was held in the Punjab Assembly on Friday, in line with the instructions of the Supreme Court of Pakistan.

Hamza was declared the winner in the election though his Pakistan Muslim League-Nawaz (PML-N) party did not have a majority in the Assembly after key by-elections held on July 17.

Ten votes of Elahi's PML-Q were not counted on the pretext that they had violated the orders of their party chief Chaudhry Shujaat Hussain.

Mazari said that as party chief Hussain's instruction to PML-Q members to vote for Hamza instead of Elahi held greater sway.

I give a ruling to reject 10 votes of PML-Q as its chief Chaudhry Shujaat Hussain has written me a letter declaring that his party lawmakers should not vote for the PTI-PMLQ candidate. I had spoken to Shujaat by phone and he confirmed that it is his letter, Mazari said, adding that Hamza had retained the spot of Punjab province Chief Minister by three votes.

The PTI-PMLQ lawmakers protested the ruling of the deputy speaker.

It is the second time that Hamza beat Elahi in the contest for the Punjab Chief Minister. The last time he had secured victory on April 16, his oath-taking had been delayed for days with then then-governor, Omar Sarfaraz Cheema, refusing to administer the oath to him.

Following Mazari's decision to disregard the 10 votes of PML-Q members a move that allowed Hamza to retain his post as the chief minister of Punjab PTI said that it would approach the Supreme Court to challenge the decision.

Elahi said he would challenge this decision in the Supreme Court as the deputy speaker violated the court's order.

Earlier, Pakistan Tehreek-e-Insaf (PTI) party chairman Khan had warned that if the state machinery used to steal public mandate it will lead the country to a Sri Lanka-like situation.

If the state machinery is used to steal public mandate the reaction of the masses will lead Pakistan to a Sri Lanka-like situation? I will not be able to control people in such a scenario," Khan said.

PML-N leader Nawaz Sharif's daughter Maryam Nawaz said what her party did on Friday was a tit-for-tat response to Khan's party.

"PML-N has not forgotten the treatment meted out to them. Now the rules of the game will be the same for everyone, else PML-N knows how to play it better," Maryam said in a tweet. PTI AKJ