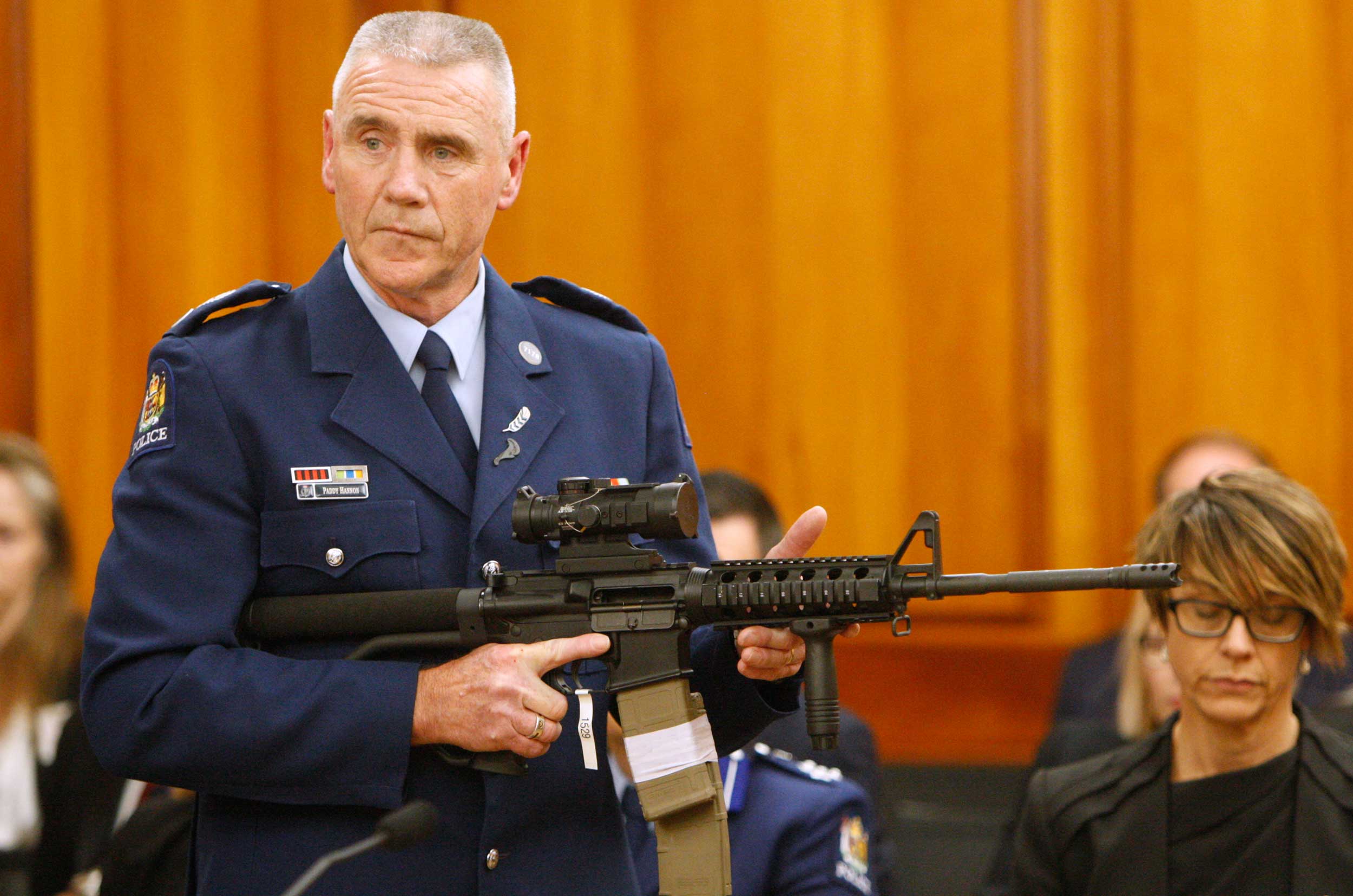 New Zealand lawmakers on Tuesday voted overwhelmingly in favour of new gun restrictions during the first stage of a bill they hope to rush into law by the end of next week.

The bill would ban the types of weapons a gunman used to kill 50 people at two mosques last month.

The bill was backed by both liberals and conservatives, with only a single lawmaker from the 120 that sit in Parliament voting against it. The vote was the first of three that lawmakers must pass before the bill becomes law.

Police minister Stuart Nash said far too many people have access to dangerous guns and lawmakers were driven by the need to ensure public safety.

'We are also driven by the memory of 50 men, women and children who were taken from their loved ones on the 15th of March,' Nash said, adding: 'Their memory is our responsibility. We don't ever want to see an attack like this in our country again. We are compelled to act quickly.'

Seemingly drawing a distinction with the US, where gun possession is constitutionally protected, Nash said that in New Zealand, gun ownership remains a privilege and not a right.

Conservative lawmaker David Seymour voted against the bill, saying it was too rushed.

'Doing it in nine days before politicians go on their Easter break is starting to look more like political theatre than public safety,' he said.

Seymour was so busy explaining his reasons for opposing the bill that he missed a procedural vote in which he could have tried to slow its passage.

Many New Zealanders were shocked at the firepower the gunman was able to legally obtain and favour the legislative changes.

Some are opposed. More than 14,000 have signed a petition filed in Parliament which says the law changes are 'unjust' for law-abiding citizens and are being driven by emotions.