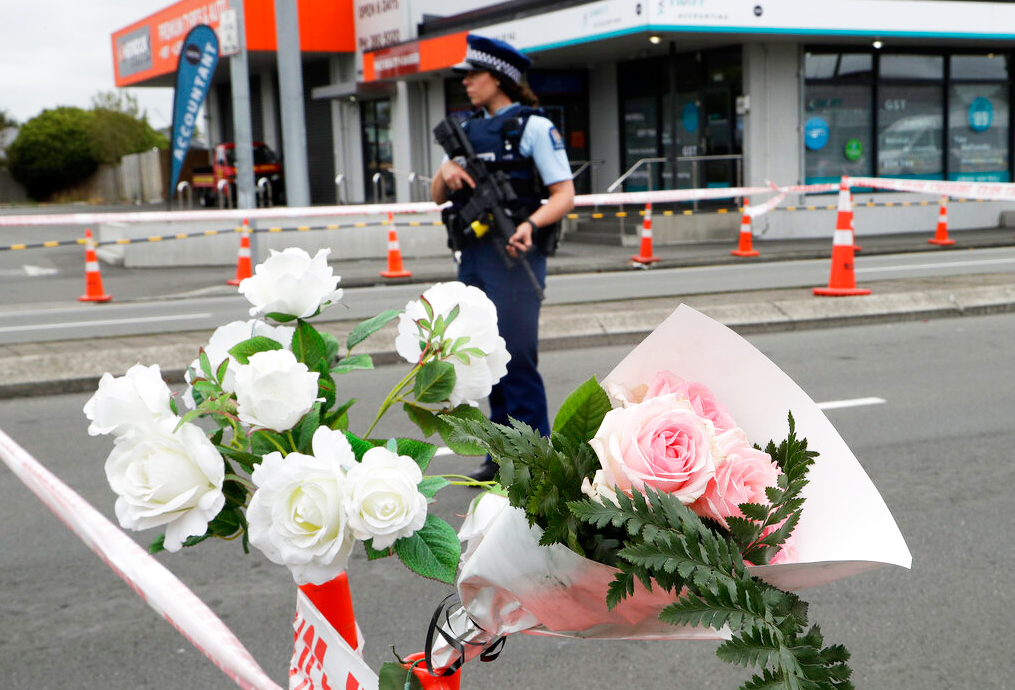 The New Zealand leader's promise of tightened gun laws in the wake of the Christchurch mosque shootings has been widely welcomed by a stunned population.

Prime Minister Jacinda Ardern said her Cabinet will consider the details of the changes on Monday. She has said options include a ban on private ownership of semi-automatic rifles that were used with devastating effect in Christchurch and a government-funded buyback of newly outlawed guns.

'There will be no opposition to it. There's no movement in New Zealand for that. Our media and politics are more left wing,' said Roberts, a carpenter who uses guns for hunting.

In Australia, a virtual ban on private ownership of semi-automatic rifles and a government-funded gun buyback cut the size of the country's civilian arsenal by almost a third.

The ban followed a 1996 massacre in which a lone gunman used assault rifles to kill 35 people in Tasmania state in 1996.

'Personally, I don't think guns should be legal at all. Maybe in some extreme self-defense, but I don't think they need such firearms like that,' Dawson said. 'New Zealand is not America. America is a totally different situation. I think in America it would be probably more dangerous to take people's guns away. But here, I don't think we need them at all.'

Akshesh Sharma moved to Christchurch from Fiji to study. He was shocked that the shooter was able to get his hands on such military-style weapons.

Sharma agrees with the prime minister that gun laws need to be tightened.

'I don't see this as a place where you need guns to live to feel safe,' Sharma said. 'I can understand in the U.S. maybe, but here it's a different story.'

Roberts, the gun owner, doubted banning certain types of weapons would be effective. But he said New Zealand should only allow its own citizens to buy guns. Brenton Harrison Tarrant, the Australian charged in the Christchurch shootings, obtained a New Zealand gun license in November 2017 and started legally amassing an arsenal of five guns within a month.

'I think when people harbor hate like, that these things are possible,' Roberts said.

Ian Britton uses a rifle for shooting rabbits and target shooting. He favours outlawing assault rifles like those used in Christchurch because they're unnecessary.

'I can't use the words I'd like to use, but it's disgusting. I never thought I'd see that in this country,' Britton said.

Ardern noted that attempts to reform had failed before under pressure from the gun lobby.

New Zealand was represented at a meeting of Australian police ministers on May 10, 1996, two weeks after the Tasmanian massacre, where it was agreed that semi-automatic long arms would be banned except for use by licensed professional shooters. New Zealand's unique relationship with Australia, its nearest neighbor, is close to that of a state.

New Zealand was the only one of nine jurisdictions at the meeting to reject the deal.

If New Zealand 'hadn't been the exception on that day and done what Australia did, this wouldn't have happened,' Alpers said, referring to the massacre.