Advertisement
Home / World / Fear of asteroid strike looms, Nasa on a mission to save earth

Fear of asteroid strike looms, Nasa on a mission to save earth

The $324 million DART mission is unusual for the civilian agency that focuses mainly on exploration, climate monitoring and hunting for signs of past life 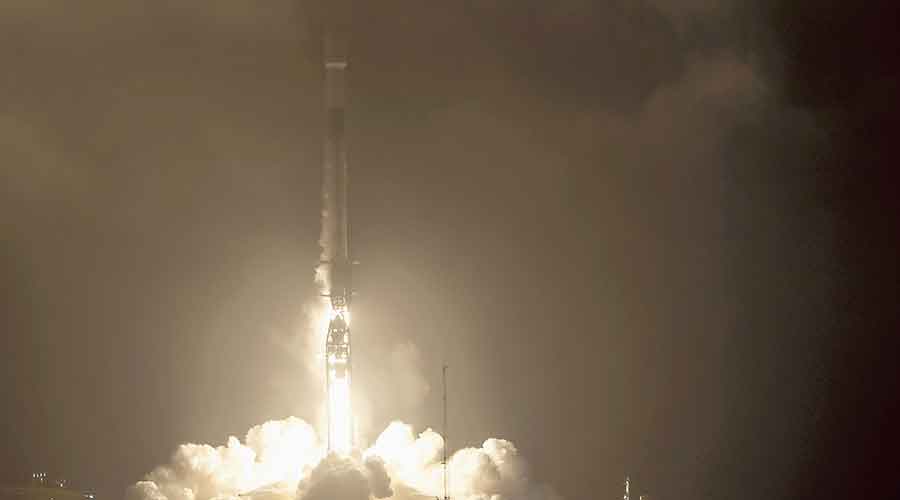 It was 2017, and astronomers projected an asteroid the size of a cruise ship would strike Japan sometime in the next decade.

Scientists and government officials from Nasa and other space agencies, gathered at an annual planetary defence conference in Tokyo, hastily devised a plan to knock the asteroid off its path towards Earth. The island’s fate relied on a fleet of robotic spacecraft that would launch in the next few years.

In 2020, the world’s space agencies banded together, launching four ships toward the menacing space rock. The ships, known as kinetic impactors, struck their targets head-on. Japan was spared a herculean evacuation effort, its cities and neighbourhoods saved from annihilation.

None of these events really happened. It was a simulation, the kind of tabletop role-playing exercise that officials conduct on a regular basis. And deflecting an object from deep space on its way to a deadly rendezvous with Earth has become a preferred solution at these practice drills for protecting the planet.

Yet no one knows whether the technique will actually work. Never in human history has our species tried to knock an asteroid away from our world.

That is about to change. On Wednesday at 1.21am Eastern time, Nasa launched the Double Asteroid Redirection Test mission, or DART, from a US Space Force base in California (it was Tuesday local time). A 1,200-pound, refrigerator-size spacecraft will trek around the sun to slam into a small asteroid named Dimorphos at 15,000 miles per hour next year. If the mission succeeds, it could demonstrate for the first time humanity’s ability to punch a potentially hazardous asteroid away from Earth.

“We’re doing this work and testing this DART capability before we need it,” Lindley Johnson, Nasa’s chief of planetary defence, said. “We don’t want to be flying an untested capability when we’re trying to save a population on the Earth’s surface.”

The $324 million DART mission is unusual for Nasa, a civilian agency that focuses mainly on exploration, climate monitoring and hunting for signs of past life in our solar system. While it coordinates with and relies on the US department of defence for some activities, Nasa has not traditionally been responsible for leading efforts to protect the US — or Earth, for that matter — from any security threat.

That changed in 2005, when Congress assigned the agency the imperative of protecting the planet from dangerous objects that orbit the sun and have the bad habit of occasionally crossing paths with our world.

That includes tracking tens of thousands of so-called near-Earth asteroids large enough to wreak catastrophic damage. Lawmakers assigned Nasa the task of cataloguing 90 per cent of the total expected amount of these space rocks, but it has missed that goal.

“You’ve got to find them before you can get them, and you want to find them early,” said Kelly Fast, who manages Nasa’s Near-Earth Object Observations Programme, the agency’s effort to keep an eye on all nearby asteroids that are bigger than a football stadium.

Nasa later set up the Planetary Defence Coordination Office in 2016 after a watchdog report urged the agency to better organise its asteroid tracking efforts. That office, led by Johnson, is tasked with warning the defence department and Federal Emergency Management Agency of any threatening asteroids.

The DART mission shows how the agency is embracing this responsibility.