Your leadership will certainly play an important role in how this decade is shaped, says PM 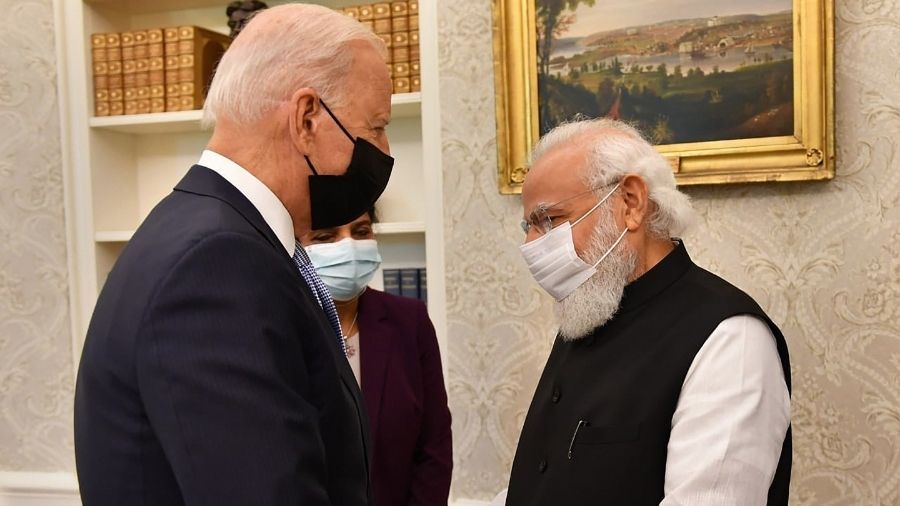 The relationship between India and US, the two largest democracies in the world, is destined to be "stronger, closer and tighter," US President Joe Biden said on Friday as he hosted Prime Minister Narendra Modi at the White House for the first bilateral meeting during which the two leaders discussed a wide range of priority issues, including combating COVID-19, climate change and economic cooperation.

Prime Minister Modi, who is visiting the US for the 7th time after assuming office in 2014, described Friday's bilateral summit with Biden as important as they're meeting at the start of the third decade of this century.

"Your leadership will certainly play an important role in how this decade is shaped. The seeds have been sown for an even stronger friendship between India and the US, Prime Minister Modi told Biden.

Biden said the relationship between India and the US, largest democracies in the world, is "destined to be stronger, closer and tighter.

"We are watching a new chapter in India-US ties, he added.

Modi said this decade will be shaped by talent and people-to-people linkages. I am glad the Indian diaspora is making an active contribution towards the US' progress."

He said that technology is becoming a driving force. We have to utilise our talents to leverage technology for greater global good.

Noting that trade will be an important factor in Indo-US ties in the coming decade, the Prime Minister said that there is much to be done in the area.

While the two leaders have met earlier when Biden was the Vice President of the country, this is for the first time that Biden is meeting Modi after he became the 46th president of the US in January.

Both Biden and Prime Minister Modi have spoken over the phone multiple times and have attended a few virtual summits, including that of the Quad in March hosted by the US president. The last telephone conversation between them took place on April 26.

"This morning I'm hosting Indian Prime Minister Narendra Modi at the White House for a bilateral meeting. I look forward to strengthening the deep ties between our two nations, working to uphold a free and open Indo-Pacific, and tackling everything from COVID-19 to climate change," President Biden tweeted minutes before the meeting.