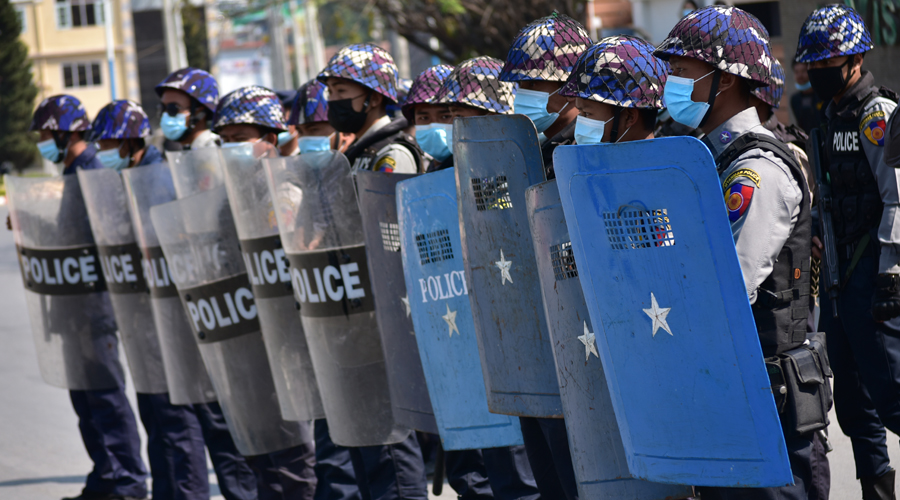 The US state department has voiced concern at the arrests and urged the immediate release of the journalists.
Shutterstock
Reuters   |   Published 13.03.21, 01:41 AM

A court in Myanmar extended custody on Friday for five journalists, including one from U.S. news agency the Associated Press, who were arrested while covering anti-junta protests in the biggest city of Yangon last month, a lawyer said.

More than 70 people have been killed and about 2,000 arrested in a crackdown on protests since Myanmar’s military took power in a coup on February 1, advocacy body the Assistance Association for Political Prisoners says.

The six journalists, all arrested on February 27, were not brought to court but attended the hearing via teleconference from prison. They have not been allowed to see their families or lawyers in person since the arrest.

Lawyer Tin Zar Oo said the case of her client, Thein Zaw of the Associated Press, and four others, would next be heard on March 24. “He seems OK, but he said he has asthma, so he is a bit uncomfortable,” she said, speaking of Thein Zaw. “His family members got to talk to him.”

Another court extended detention until March 25 for a sixth journalist, from Myanmar Now, the group’s editor-in-chief, Swe Win, said.

The US state department has voiced concern at the arrests and urged the immediate release of the journalists.

Authorities in Myanmar have raided the offices of four independent news organisations during the last few days. The government has also stripped the licences of five organisations that have been active in covering the protests.

At least 35 journalists have been arrested since the February 1 coup, Myanmar Now reported, of whom 19 have been released. A junta spokesman told a news conference on Thursday that the military respected and valued press freedom but that the arrested journalists were provoking unrest.

A Polish journalist has been arrested in Myanmar, Poland’s foreign ministry said on Friday, the second foreign correspondent to be detained.

“The consulate is seeking to contact the arrested man and to get further information about his health and his legal situation. “It is also taking action to help the Polish citizen,” the foreign statement said in its statement.

Polish media gave the detained journalist’s name as Robert Bociag, but the ministry did not confirm the reports.