London's Tower Bridge stuck open due to a technical fault

The bridge opens about 800 times a year to allow large ships to pass, with the times arranged in advance 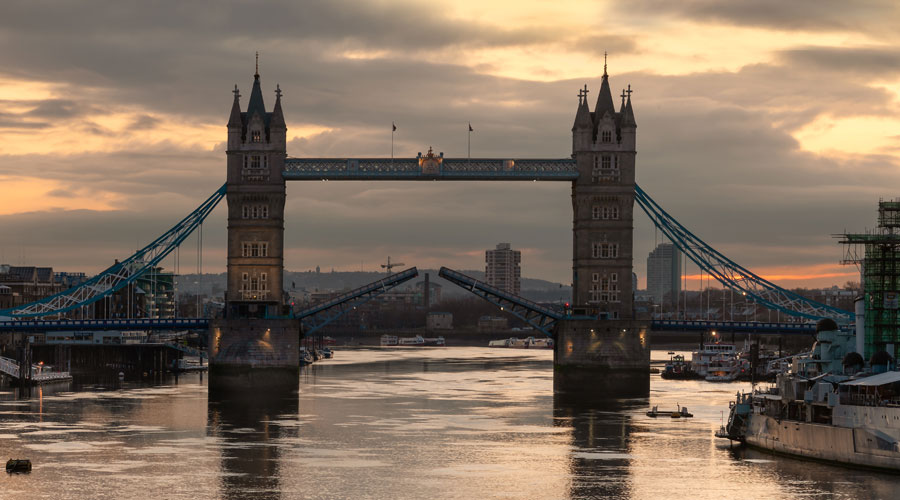 London’s Tower Bridge was stuck with its roadway arms raised on Monday afternoon, snarling traffic on both sides of the Thames river.

Images of the 127-year-old drawbridge, one of several spans that connect the northern and southern parts of the British capital, show the two halves of the roadway pointing skyward with vehicles backed up on either side. The bridge remained stuck at 6pm, (1700 GMT) more than three hours after the problems began.

“Due to a technical issue, Tower Bridge is currently stuck in a raised position,'' the City of London Corp., which owns the bridge, said in a statement. “We are working to resolve the issue as quickly as possible.”

The bridge opens about 800 times a year to allow large ships to pass, with the times arranged in advance. Tower Bridge was repaired in 2006 after the mechanism became stuck four times the previous year. Malfunctions have been less frequent since then, with the last incident reported on August 22, 2020.