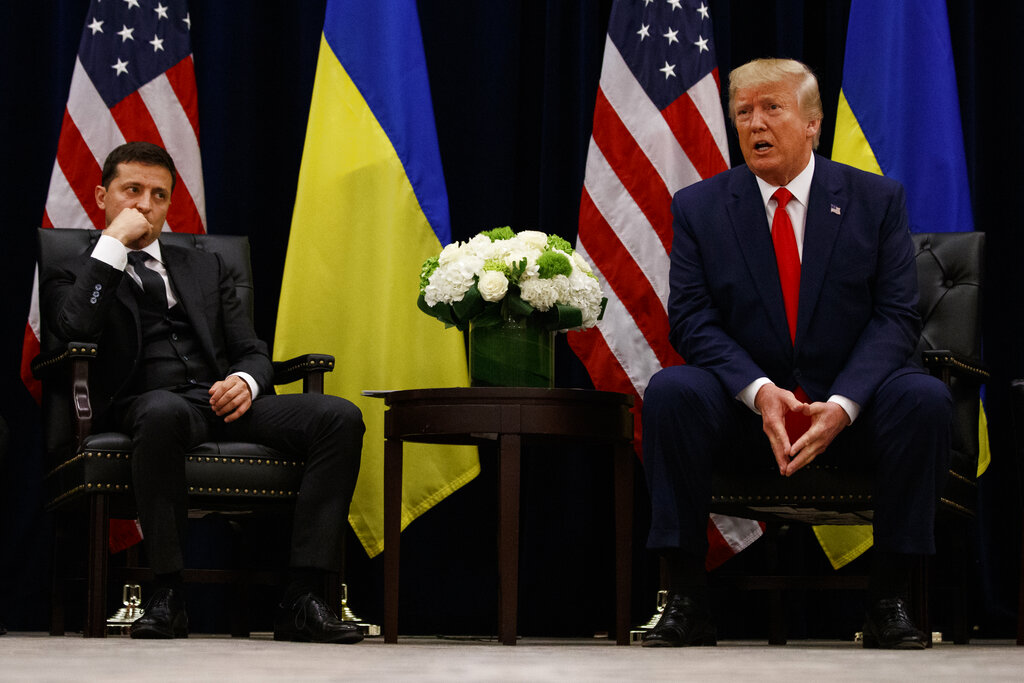 Russia voiced hope on Friday that the US administration wouldn't publish private conversations between the two nations' presidents, like it did with Ukraine.

The rough transcript of Trump's call with Ukrainian President Volodymyr Zelenskiy released by the White House on Wednesday shows that Trump urged Ukraine to 'look into' his Democratic political rival Joe Biden. The July 25 call is now the focus of a US impeachment probe.

Asked if Moscow is worried that the White House could similarly publish transcripts of Trump's calls with Russian President Vladimir Putin, Kremlin spokesman Dmitry Peskov said that 'we would like to hope that it wouldn't come to that in our relations, which are already troubled by a lot of problems.'

Speaking in a conference call with reporters, he emphasized that the publication of the Trump-Zelenskiy call is an internal US issue, but added that it was 'quite unusual' to release a confidential call between leaders.

'The materials related to conversations between heads of states are usually classified according to normal international practice,' he said.

The publication of the call, in which the Presidents made critical comments about German Chancellor Angela Merkel and French President Emmanuel Macron, has drawn acerbic comments from other Russian officials and lawmakers.

'We are waiting for the party to continue,' said Russian foreign ministry spokeswoman Maria Zakharova.

'Let them publish transcripts of conversations between NATO allies. It would also be useful to publish minutes of closed meetings at the CIA, the FBI and the Pentagon. Put it all on air!' she said.

Zakharova also scoffed at Democratic House speaker Nancy Pelosi's decision to open an impeachment inquiry based on the call.

'Is it the Democrats' job to make a laughing stock of the United States?' she said. 'It's exactly what Ms. Pelosi has done to Congress, the White House and other state institutions,' Russian foreign ministry spokeswoman said.

In the past, Putin and his officials similarly derided US special counsel Robert Mueller's investigation of Kremlin interference in the 2016 presidential election, casting it as a failure and shrugging off Mueller's exposure of evidence of Russian meddling in the vote.

Mueller found that there was not enough evidence to establish a conspiracy between Trump's campaign and Russia, but he charged 12 Russian military intelligence officers with breaking into Democratic party computers and the email accounts of officials with Hillary Clinton's campaign.