Khashoggi killers would be prosecuted in the kingdom: Saudi Foreign Minister 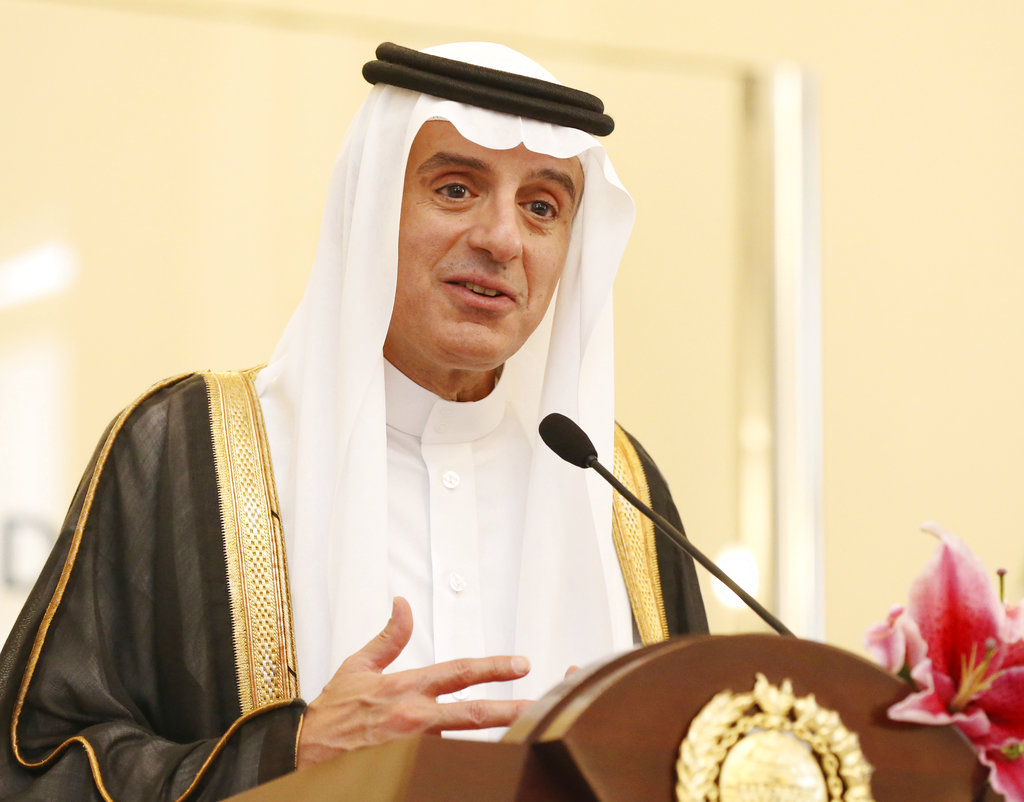 Saudi Arabia's Foreign Minister Adel al-Jubeir said on Saturday that those behind the killing of journalist Jamal Khashoggi would be prosecuted in the kingdom and that the investigation would take time.

Jubeir told a security summit in Bahrain that Riyadh's relations with the United States were “ironclad” amid what he described as“media hysteria” over the killing of Khashoggi at the Saudi consulate in Istanbul on October 2, which sparked a global outcry and strained the kingdom's ties with the West.

Al-Jubeir addressed the mounting skepticism around the crown prince's alleged involvement. He was speaking in response to questions from Western journalists at an annual conference of international officials, including US Defense Secretary James Mattis, in Bahrain.

'We have made clear that we are going to have a full and transparent investigation, the results of which will be released. We have made it very clear that those responsible will be held responsible,' he said, adding that the kingdom has also put in place mechanisms to ensure this does not happen.

But he cautioned that 'investigations take time.'

'Unfortunately, there has been this hysteria in the media about Saudi Arabia's guilt before the investigation is completed,' he said.

The minister also said the administration of US President Donald Trump has a “rational, realistic” foreign policy that all Gulf Arab states can support. He said Saudi Arabia was combating Iran's vision of 'darkness” in the Middle East.

Turkey alleges a 15-member hit squad was sent to Istanbul to kill the journalist, a onetime Saudi insider who became an outspoken critic of Prince Mohammed in columns for The Washington Post. Turkish President Recep Tayyip Erdogan has said the three others in the group of 18 who have been detained in Saudi Arabia were consulate employees.

Five Saudi officials, including two who worked directly under the crown prince, have been relieved of their posts. King Salman has assigned his son, the crown prince, to oversee the restructuring of the kingdom's intelligence bodies in the aftermath of the killing.

Erdogan said Friday that Turkey would reveal more evidence about the killing but was not in any rush to do so, indicating that Turkish authorities will methodically increase pressure on Saudi Arabia even as the kingdom floats conflicting statements in a vain and often clumsy attempt to end the crisis.

After three weeks of shifting Saudi accounts around the incident, the kingdom this week acknowledged that the killing was 'premeditated,' citing evidence from Turkish officials investigating what happened. Saudi Arabia originally said Khashoggi had walked out of the consulate October 2, before offering various other narratives that President Donald Trump called 'one of the worst cover-ups in the history of cover-ups.'

Turkey is requesting that Saudi Arabia hand over the suspects in the killing, which the kingdom has described as a rogue operation by officials who may have exceeded their orders or authority.

Erdogan to Saudis: Who ordered killing?