Advertisement
Home / World / Kenya: Ruto will 'engage' any challenge to his election victory

Kenya: Ruto will 'engage' any challenge to his election victory 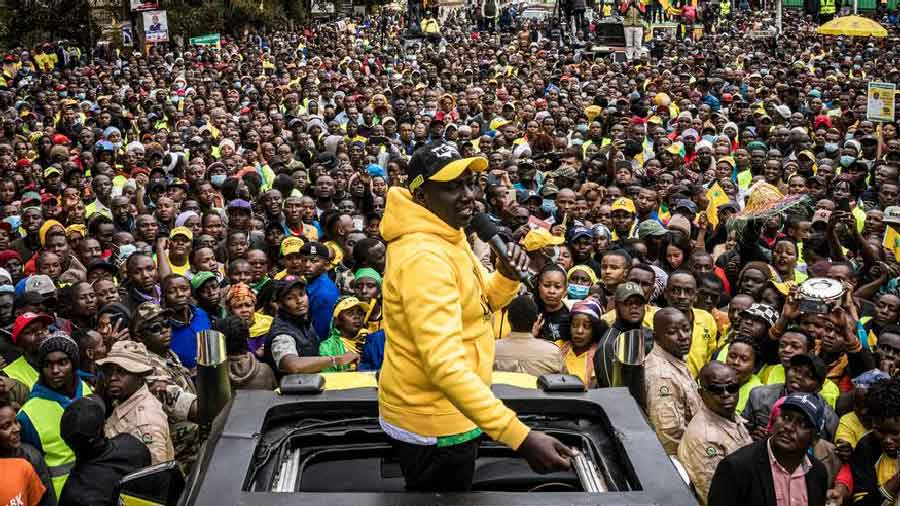 President-elect William Ruto promised he would not give in to "blackmail" after his rival Raila Odinga pledged to contest the disputed election. Ruto also promised to reduce ethnic tensions in the country.

Kenya's president-elect William Ruto said on Wednesday that he would "engage" with any court challenges to his victory, a day after his defeated rival Raila Odinga vowed to pursue "all legal options" to do so.

His remarks alluded to the post-election violence that has often plagued Kenya following disputed elections.

During the press conference, Ruto said he also would work to reduce ethnic tensions in the country and remove political pressure on civil servants.

Odinga was defiant on Tuesday after several election commissioners disavowed the results, saying that the final vote tally added up to over 100%. A second independent tally, however, confirmed Ruto's narrow victory.

If Odinga's challenge makes its way to the country's Supreme Court, the judges may call for fresh elections. Odinga has one week to file such a claim, and the court will then have 14 days to rule on it.

It is not clear on what grounds Odinga would challenge the results in an election widely described by Kenyans and observers as more transparent and peaceful than ever. The 77-year-old politician has urged his often passionate supporters to remain calm.

"Ours is victory deferred, but it's coming home,'' Odinga's running mate, Martha Karua, told journalists on Wednesday. "We'll not let you down.''

Ruto, who was deputy president under outgoing leader Uhuru Kenyatta, has been declared the winner with 50.5% of the vote. Kenyan officials said that the race between Ruto and Odinga, a longtime opposition leader in the country, saw relatively low turnout. Only 65% of eligible voters showed up to the August 9 poll.

Kenyatta shocked the public earlier this year when he threw his support behind his old rival Odinga and not his own deputy. The outgoing president has not spoken publicly since the outcome of the election was announced