An emotional reunion of Kabul music school students with teacher

The Taliban is wary of non-religious music, which they prohibited outright when they led Afghanistan from 1996 to 2001 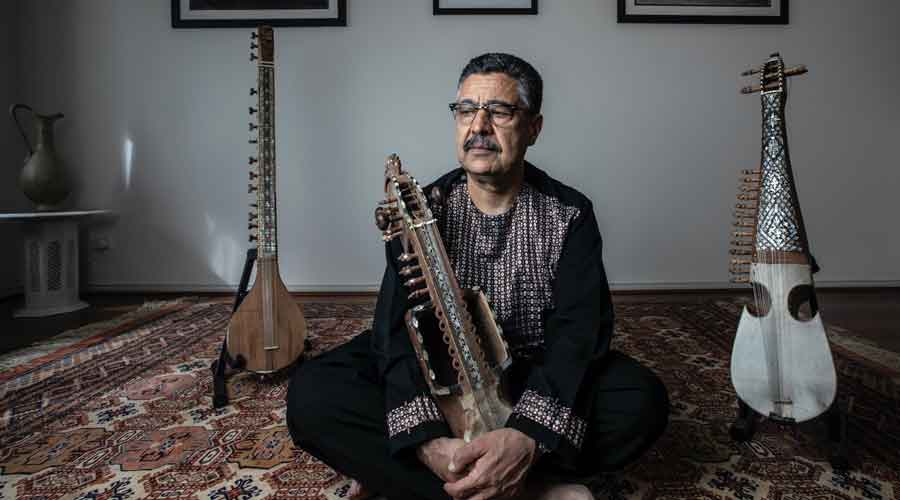 The plane from Kabul touched down in Qatar around 6pm on Tuesday. Two 13-year-old musicians — Zohra and Farida, a trumpet player and a violinist — disembarked and ran towards their teacher. Then, witnesses said, they began to cry.

The girls were among the last students affiliated with the Afghanistan National Institute of Music — a renowned school that has been a target of the Taliban in the past in part for its efforts to promote the education of girls — to be evacuated from Kabul since the Taliban regained power in August.

They joined 270 students, teachers and their relatives who, fearing that the Taliban might seek to punish them for their ties to music, have made the journey from Kabul to Doha, the capital of Qatar, with the first group leaving in early October.

Most arrived in the past week, boarding four special flights arranged by the government of Qatar, after months of delays. They eventually plan to resettle in Portugal, where they expect to be granted asylum.

“It’s such a huge relief,” Ahmad Naser Sarmast, the head of the school, said in a telephone interview on his way back from greeting the girls at the airport on Tuesday. “They can dream again. They can hope.”

The musicians are among hundreds of artists — actors, writers, painters and photographers — who have fled Afghanistan in recent weeks. Many have left because they worry about their safety and see no way of earning money as the arts come under government scrutiny.

The Taliban is wary of nonreligious music, which they prohibited outright when they led Afghanistan from 1996 to 2001.

While the new government has not issued an official ban, radio stations have stopped playing some songs, and musicians have taken to hiding their instruments.

Some have reported being attacked or threatened for performing.

Taliban spokesman, Zabihullah Mujahid, said in an interview with The New York Times in August that “music is forbidden in Islam” but that “we’re hoping that we can persuade people not to do such things, instead of pressuring them”.

The Afghanistan National Institute of Music had long been a target of the Taliban.