Iranian TV anchor says US jailed her as warning

The case comes at a time of heightened US-Iran tensions 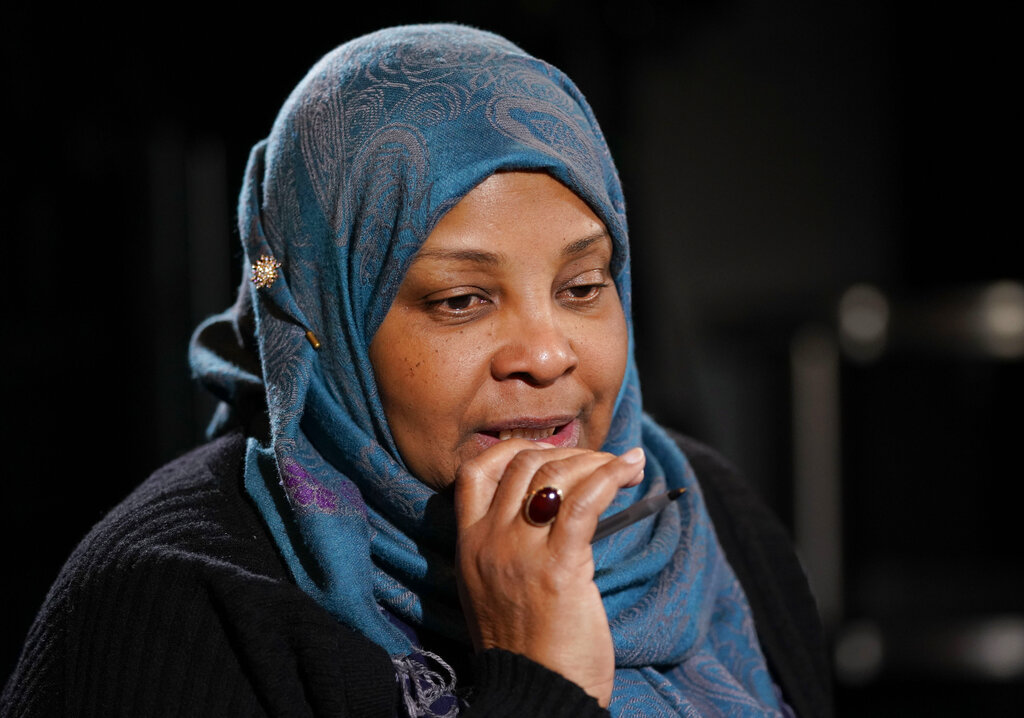 A prominent American-born anchorwoman for Iran's state television says she believes the US government jailed her because of her work as journalist and her beliefs, and as a warning to her to 'watch your step'.

Marzieh Hashemi spoke to The Associated Press on Thursday, a day after being released from custody. She was not charged with a crime but was detained for 10 days as a material witness in a grand jury investigation in Washington. Details of the investigation are under seal, and Hashemi said she could not provide details. But she said it is not related to terrorism and has to do with her job and the fact that she lives in Iran.

Hashemi said her arrest was unnecessary because she would have voluntarily appeared for questioning and would have complied with a federal subpoena.

'I'm not sure what the meaning of 'Make America Great Again' is, but if it means just basically taking away human rights more and more every day, that doesn't seem to be a very great America to me,' she said, in a reference to President Donald Trump's campaign slogan.

Responding to a request for comment, the Justice Department noted that federal law allows judges to order witnesses to be detained if the government can 'demonstrate probable cause to believe that the witness can provide material evidence, and that it will be impracticable to secure the witness's attendance at the proceedings by means of a subpoena'.


I'm not sure what the meaning of 'Make America Great Again' is, but if it means just basically taking away human rights more and more every day, that doesn't seem to be a very great America to me.
- Marzieh Hashemi


The Justice Department had previously released two unsealed court orders. One confirmed that she was a material witness and the second confirmed she had been released.

The case comes at a time of heightened US-Iran tensions over President Donald Trump's withdrawal from a nuclear deal and criticism against Iran over its arrests of dual citizens and other people with Western ties. Iranian officials decried her arrest as part of what they called the 'apartheid and racist policy' of the Trump administration.

Hashemi, 59, who works for the Press TV network's English-language service, is a U.S. citizen and was born Melanie Franklin. She lives in Tehran and returns to the United States about once a year to see her family and work on documentaries.


I am a firm believer in truth and speaking out the truth. I believe in adding a voice to the voiceless, and there are times that this, of course, will contradict the policies of the powers that be. That's a big part of it.
- Marzieh Hashemi


In the interview, Hashemi gave her first detailed account yet of her arrest. She was waiting to board a plane with her son in St. Louis, Missouri, on Jan. 13 after filming a Black Lives Matter documentary when she heard her name called. Hashemi went to the gate and was told she had been selected for pre-boarding, she said. As she was walking down a jet bridge with her son, she was stopped by two FBI agents who her she had to come with them, she told the AP.

She said an agent told her, 'You're under arrest in connection with some investigation.''

Hashemi was brought to a hotel in St. Louis and held overnight before being flown to Washington. When she arrived at an FBI facility there, she was fingerprinted and forced to provide a DNA sample, she said.

The next day, she appeared before a judge and was told she was being held as a material witness. Prosecutors argued they needed to take the drastic measure because Hashemi was a flight risk, she said.

'I said, 'I'm not running away from anything because I haven't done anything,'' Hashemi recalled. 'You had no basis to say I was a flight risk.'

Hashemi said she believes she was detained 'because of my belief system, because of who I am.'

'I am a firm believer in truth and speaking out the truth. I believe in adding a voice to the voiceless, and there are times that this, of course, will contradict the policies of the powers that be. That's a big part of it,' she said.

Hashemi appeared before a judge four times and was questioned by prosecutors before the grand jury on three occasions, according to court documents. She said prosecutors appeared to only have 'circumstantial' evidence in the case and did not have 'anything of any concrete importance.'

At the Washington jail, Hashemi said she was forced to remove her hijab, despite objecting because of her religious beliefs. She was offered a white T-shirt to put on her head. As she was led down a hallway in a facility that houses both male and female inmates, she was told by officers that she could not wear the shirt to cover her head and could only wear it once she arrived at her cell, she said. For several days, her religious dietary restrictions were also not met, she said.

A spokesperson for the District of Columbia Department of Corrections didn't immediately respond to a request for comment.

Three of Hashemi's children were also subpoenaed to the grand jury, though only one was compelled to provide testimony. Prosecutors also threatened to charge Hashemi if she did not cooperate with their investigation, she said.

'This is not the United States that we want. This is not what we believe in,' she said.

She also decried the federal material witness statute and will participate in a demonstration Friday protesting what opponents see as an arcane and unfair law.

'If we allow it, if we turn a blind eye to it, believe me, it will come back to haunt us, and I don't think most Americans want the country to go in that direction,' she said.