Iran, which has some of the world’s cheapest fuel prices because of heavy subsidies, is fighting fuel smuggling by land to neighbouring countries 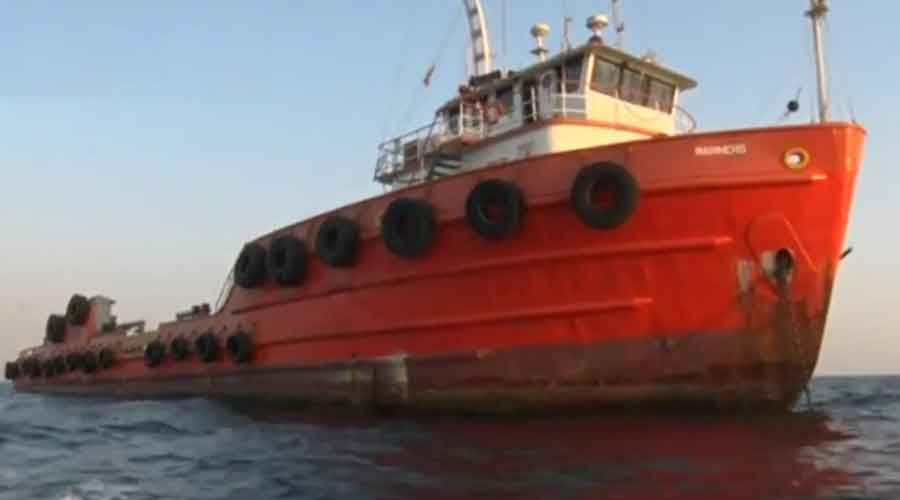 Iran’s Revolutionary Guards said on Saturday they had seized a foreign ship in Gulf waters loaded with what they described as smuggled diesel.

Guards commander Ahmad Hajian said the ship’s 11 crew had been detained, but did not give details on their nationality or identify the ship.

The semi-official Fars news agency, which is close to the Revolutionary Guards, released video footage showing speed-boats intercepting a vessel and masked armed Guards boarding it.

Iran, which has some of the world’s cheapest fuel prices because of heavy subsidies and the fall of its national currency as it faces US sanctions, has been fighting fuel smuggling by land to neighbouring countries and by sea to Gulf Arab states.

It has frequently seized boats it says are being used for smuggling fuel in the Gulf.

Hajian said his unit would “deal decisively” with fuel smuggling in the sea to protect Iran’s economy.

Earlier, the official Irna news agency released a photo of what it said was a “foreign vessel carrying bootleg fuel” seized in the Gulf.

Thousands of farmers and their supporters gathered in the central Iranian city of Isfahan on Friday, state TV reported, in a major protest over water shortages in the drought-stricken region.

“Let Isfahan breathe again, revive Zayandeh Rud,” chanted some of the demonstrators in a video posted on social media as crowds gathered in the dry bed of the river where protesting farmers have set up a tent city. “Our children want water to provide food for your children,” read a sign carried by a woman.

Iran’s energy minister apologised for the water shortages. “I apologise to all of our dear farmers, and I feel ashamed for not being able to provide the water needed for their crops. With God’s help, I hope we can overcome these shortcomings in the next few months,” Ali Akbar Mehrabian told state TV.