The strategic report was released as a Quad Ministerial is underway in Australia; foreign ministers from Australia, India, Japan and the US on Friday expressed concerns over the malign Chinese role in the region 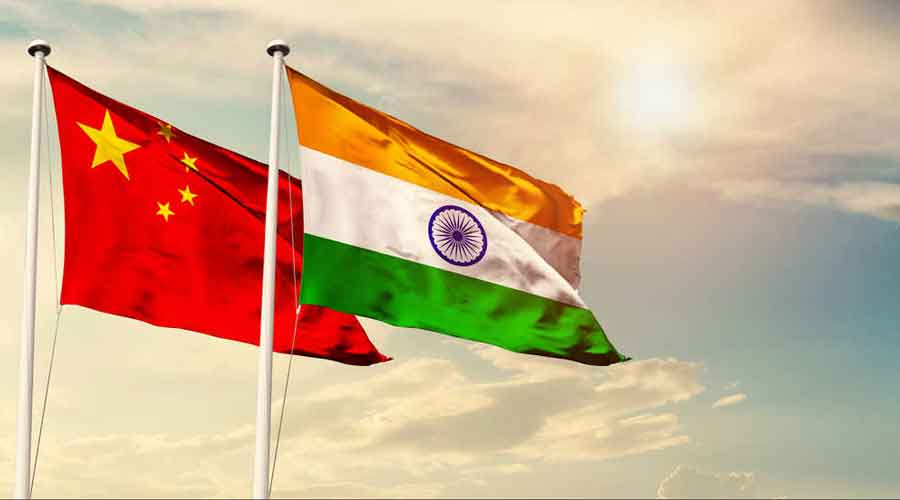 India is beset with significant geopolitical challenges, in particular from China and its behaviour on the Line of Actual Control, the White House has said, while releasing its Indo-Pacific Strategic Report.

The strategic report, released on Friday, is the President Joe Biden-led administration's first region specific report. It outlines the president's vision to firmly anchor the United States' position in the Indo-Pacific, strengthen the region and support India's rise and regional leadership in the process.

"We will continue to build a strategic partnership in which the United States and India work together and through regional groupings to promote stability in South Asia; collaborate in new domains such as health, space, and cyberspace; deepen our economic and technology cooperation; and contribute to a free and open Indo-Pacific," the White House said.

"We recognise that India is a like-minded partner and leader in South Asia and the Indian Ocean, active in and connected to Southeast Asia, a driving force of the Quad and other regional fora, and an engine for regional growth and development," the White House statement added.

However, a senior US official, on condition of anonymity, pointed out the significant challenges New Delhi is beset with.

"But India faces very significant challenges. China's behaviour on the Line of Actual Control has had a galvanizing impact on India. From our standpoint, we see tremendous opportunities in working with another democracy - with a country that has a maritime tradition that understands the importance of the global commons - to advance critical issues in the region, said the White House official.

"There is tremendous appreciation of the importance and the challenges of strengthening the engagement with India and a recognition that India is a critical strategic partner, and a desire to continue building on the very good work of previous administrations to significantly broaden and deepen that relationship, the official said.

The official made the candid observations while briefing reporters on the release of the new regional strategy. The senior administrator said the previous US administrations, including the previous one led by President Donald Trump, had done a great job in the Indo-Pacific region.

The strategic report was released as a Quad Ministerial is underway in Australia; foreign ministers from Australia, India, Japan and the US on Friday expressed concerns over the malign Chinese role in the region.

China, the strategic report said, is combining its economic, diplomatic, military, and technological might as it pursues a sphere of influence in the Indo-Pacific and seeks to become the world's most influential power.

The Chinese coercion and aggression spans the globe, but it is most acute in the Indo-Pacific, it said.

From the economic coercion of Australia to the conflict along the Line of Actual Control with India to the growing pressure on Taiwan and bullying of neighbours in the East and South China Seas, our allies and partners in the region bear much of the cost of the People's Republic of China's (PRC) harmful behaviour.

In the process, China is also undermining human rights and international law, including freedom of navigation, as well as other principles that have brought stability and prosperity to the Indo-Pacific, the strategy said.

"Our collective efforts over the next decade will determine whether the PRC succeeds in transforming the rules and norms that have benefitted the Indo-Pacific and the world. For our part, the United States is investing in the foundations of our strength at home, aligning our approach with those of our allies and partners abroad, and competing with the PRC to defend the interests and vision for the future that we share with others," it said.

"We will strengthen the international system, keep it grounded in shared values, and update it to meet 21st-century challenges. Our objective is not to change China but to shape the strategic environment in which it operates, building a balance of influence in the world that is maximally favourable to the United States, our allies and partners, and the interests and values we share," it added.

Responding to a question, the senior official told reporters that the last four administrations have played a significant role in improving relations with India.

"With regard to India, we very explicitly highlight the importance of - the importance of what the last four administrations have all played a very important role in advancing, which is the much greater US engagement, much improved US relations with and much closer US partnership with India, the official said.

Obviously, India's role in the QUAD I think is a very significant element of that, including the ability to speak frankly, about issues in the region, to work together to deliver essentially public goods that address the challenges in the region, and to enhance ways in which we can coordinate, the official said.

India, the senior official said, is in a very different place, in many ways than Australia and other countries.