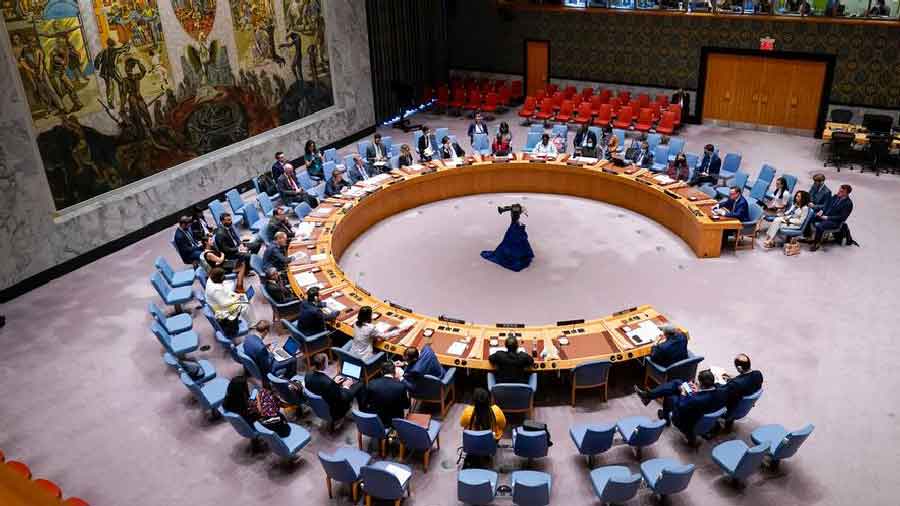 At a UN General Assembly meeting, China and Russia explained their vetoes of a proposal that would have imposed new sanctions on north Korea.

In a first of its kind United Nations General Assembly meeting, China and Russia defended their vetoes of a strongly-backed US proposal that would have increased pressure on North Korea for its nuclear program.

The landmark session, held on Wednesday, was the first at which permanent members of the Security Council had to explain their use of the veto — a step mandated under a resolution adopted by the General Assembly in April.

Last month, Beijing and Moscow had vetoed a draft resolution in the Security Council that would have imposed tougher sanctions on North Korea in the wake of the country's recent ballistic missile tests.

What's new about such meetings, why were they introduced?

Wednesday's session was the first ever at the UN General Assembly where countries were called upon to explain themselves after vetoing proposals at the UN Security Council.

The new meetings were approved at a consensus vote on April 26, the upshot of international frustration at veto-holder Russia shooting down a series of resolutions about its invasion of Ukraine.

The session's value is almost entirely symbolic, seeing as almost all the UN's power rests within the Security Council, but supporters of the plan said it would at least force veto-wielders to face more global scrutiny when stopping the UN from acting.

Five countries — the US, Britain, France, China and Russia — are permanent Security Council members and so can always veto proposals, while the other 10 rotating members enjoy the same power, but only when they are taking their turns on the Council.

The Soviet Union and later Russia have vetoed the most times at the UN historically, followed by the US.

What did China and Russia say?

China's ambassador to the UN, Zhang Jun criticized the US approach to North Korea, saying tension on the peninsula has "developed to what it is today, primarily due to the flip flop of US policies."

"Where the situation goes from here will depend to a large extent on the actions of the US," he said, "and the key lies in whether the U.S. can face up to the crux of the problem, demonstrate a reasonable attitude, and take meaningful concrete actions.''

Calling on the US to consider lifting sanctions, Zhang said that Washington's efforts to apply pressure on Pyongyang would not achieve any goals.

She said that the current UN sanctions had failed to guarantee security in the region "nor moved us any further toward settling the nuclear missile non-proliferation issues.''

"Anyone who is seriously addressing the North Korean problem has long understood that it's futile to expect Pyongyang to unconditionally disarm under the threat of a spiral of sanctions,'' she said.

How did US react?

In February, three weeks before Russia's war in Ukraine, Beijing and Moscow had declared a "no limits" partnership.

The vetoes of the two nations on North Korea publicly split the Security Council for the first time since it began slapping sanctions on Pyongyang in 2006.

On Wednesday, the US raised questioned whether China and Russia had put their partnership above global security by vetoing more UN sanctions on North Korea.

"We hope these vetoes are not a reflection of that partnership," senior US diplomat Jeffrey DeLaurentis said.

"Their explanations for exercising the veto were insufficient, not credible and not convincing. The vetoes were not deployed to serve our collective safety and security," said DeLaurentis, addressing the 193-member assembly after China and Russia.

During a right of reply in the General Assembly later in the day, Chinese diplomat Wu Jianjian said China rejected "presumptuous comments and accusations against China's voting position."

"China's vote against the US-tabled draft resolution was entirely reasonable and justified," Wu said. "Continuing to increase the sanctions against DPRK (North Korea) would only make the likelihood of political solution even more remote."