Former PM Khan takes to social media after the Pakistani rupee continues to depreciate reaching Rs 193 against the US dollar, the lowest in the country's history 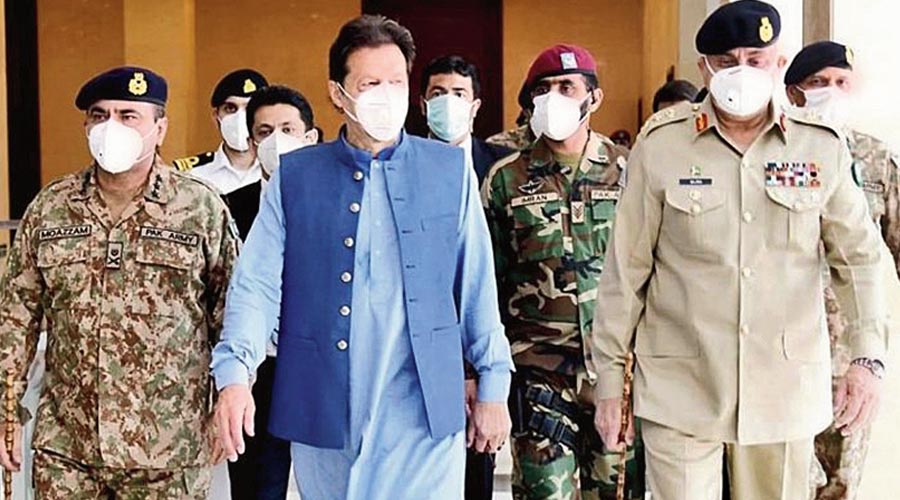 Pakistan's former prime minister Imran Khan on Friday took a veiled dig at the powerful army for allowing the Opposition's crucial no-confidence motion filed against him to become a success, saying he had warned the neutrals that if the conspiracy succeeded, the country's fragile economic recovery would go into a "tailspin".

Khan took to social media after the Pakistani rupee continued to depreciate and reached Rs 193 against the US dollar, the lowest in the country's history.

He said the imported government was doing nothing as the market was waiting for action.

Market awaiting policy & action, which Imported Govt has failed to provide. Both myself & Shaukat Tareen had warned the Neutrals' that if conspiracy succeeded our fragile economic recovery would go into a tailspin. That is what has now happened, he said in a tweet.

Interestingly, Khan could do little as the prime minister to improve the economy and failed to control inflation but is now using the bleak economic conditions to target his opponents.

Khan has been using the word neutral' to target the Pakistan Army after its military spokesman announced in March at a press conference that the armed forces would stay neutral in the political tussle between Khan's Pakistan Tehreek-e-Insaf party and the joint Opposition.

Hours after Khan's critical tweets about the army, his former human rights minister on Friday alleged that the powerful military was not neutral in the toppling of the government.

Shireen Mazari, a former professor and a known anti-American, while addressing a press conference in Islamabad bluntly talked about the alleged American conspiracy and "those who supported it" to remove Khan's government.

"Now everyone knows the neutrals were not actually neutral," she said, questioning whether they (neutral) were "part of the conspiracy to derail Pakistan on the economic and democratic fronts".

"The group of thieves and crime minister who are now in power had an agenda to quash all cases against them. But what were the neutrals thinking when they allowed such a conspiracy to succeed?" she asked.

She asserted that the entire country was aware of the existence of the "regime change conspiracy" and said the nation was supporting Khan.

Mazari also questioned if "neutrals" wanted Pakistan to recognise Israel and slammed the Supreme Court and the Election Commission of Pakistan.

She claimed that Khan refused to give military bases to the US by saying absolutely not and his Russia visit was the tipping point, resulting in a conspiracy from the Opposition leaders to remove him.

Criticism is growing against the coalition government of Prime Minister Shehbaz Sharif as he has so far failed to do anything to address the key economic problems.

He is currently in London with a key party leader to consult with his brother and former prime minister Nawaz Sharif about the daunting political and economic issues.

Khan is having a field day as he is addressing rallies to build pressure on the government to call early elections, and slams the government for failing to do anything on the economic front.

Sharif has accused his predecessor Khan of planning to trigger a civil war in the country and warned of legal action for concocting a narrative against the country's national institutions.

His remarks came on Monday on the heels of Pakistan's powerful army warning its critics to avoid throwing dirt on the premier institution as it took strong exception to intensified and deliberate attempts to drag it into politics after the removal of the Khan-led government last month.

The 69-year-old cricketer-turned-politician was voted out of power last month through a no-confidence motion, which he alleges was masterminded by the US with the help of local players over his pursuance of an independent foreign policy. His supporters used social media to target the army for doing nothing to save his government.

The state institutions like the judiciary and the military have been severely criticised since the Imran Khan-led government was ousted from power through a no-confidence motion.

Since then, Khan held several public rallies in different cities, labelling the new government as traitors and corrupt rulers allegedly imposed at the behest of the US.

Since his ouster, he has blamed the US for conspiring against his government a stance that the incumbent government has refuted.