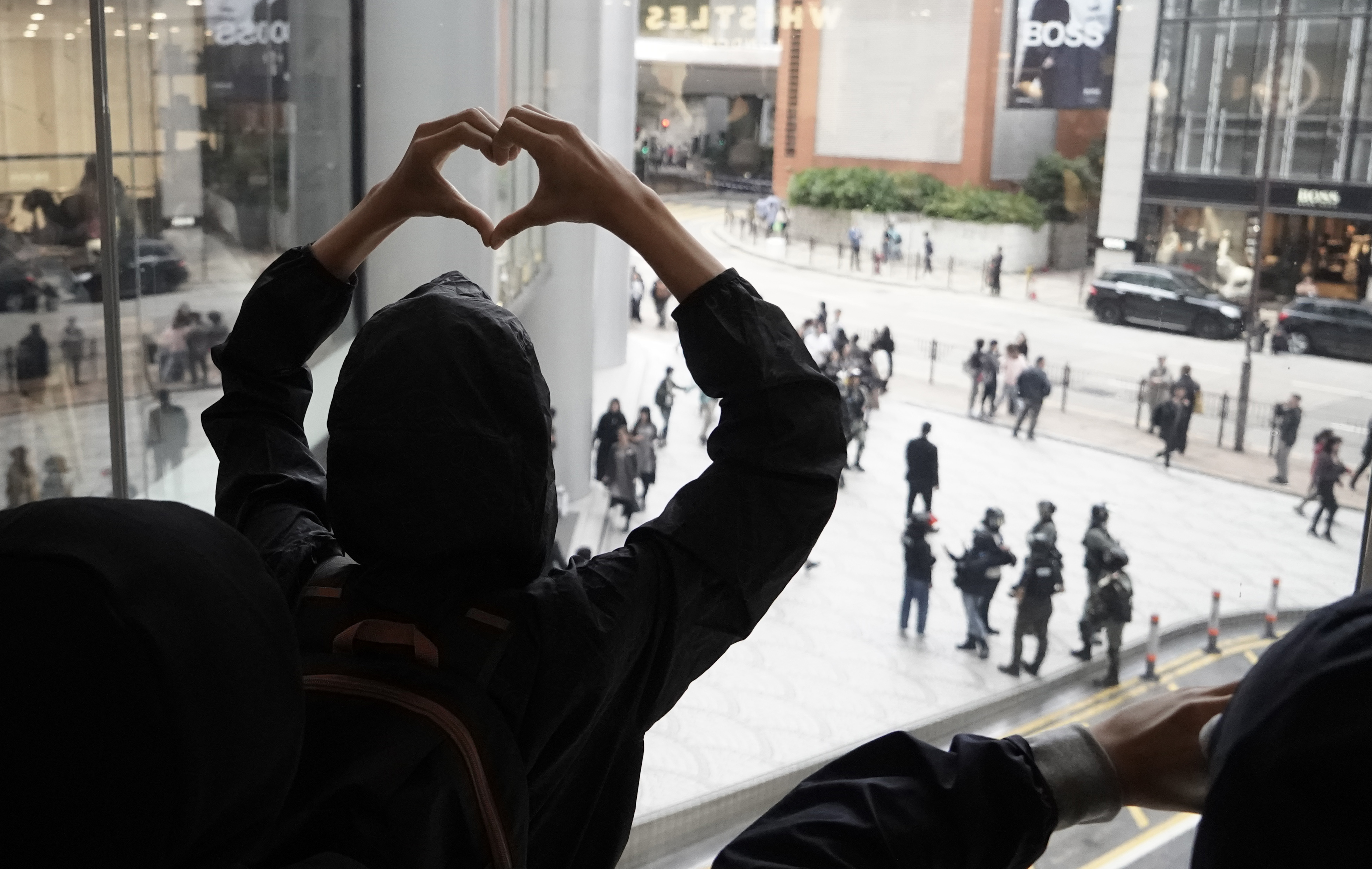 Hong Kong riot police swept into several shopping malls on Saturday, chasing off and arresting some anti-government Hong Kong demonstrators who had gathered to press their demands in the peak shopping weekend before Christmas.

In a mall in Yuen Long, close to the China border, hundreds of black-clad protesters marked the five-month anniversary of an attack in a train station by an armed mob wearing white T-shirts which beat up bystanders and protesters with pipes and poles.

Police have been criticised for not responding quickly enough to calls for help, and for not arresting any alleged culprits at the scene. They later made several arrests and said the assailants had links to organised criminal gangs, or triads.

The protesters demanded justice for the attack, shouting “Fight for Freedom” and “Stand With Hong Kong”.

“The government didn’t do anything so far after 5 months ... I deserve an answer, an explanation,” said a 30-year-old clerk surnamed Law.

“Yuen Long is no longer a safe place ... and we all live in white terror when we worry if we will be beaten up when dressed in black.”

As dozens of riot police stormed into the mall to chase protesters off, a sushi restaurant had its window smashed and shops were forced to close.

Protests in Hong Kong are now in their seventh month, albeit in a relative lull. Residents are angry at what they see as China’s meddling in the city’s freedoms guaranteed under the “one country, two systems” formula when it returned to Chinese rule in 1997.

Many are also outraged by perceived police brutality, and are demanding an independent investigation into allegations of excessive force. Other demands include the release of all arrested demonstrators and full democracy.

On Friday night, police arrested a man who fired a single shot with a pistol at plain clothes officers in the northern Tai Po district. No one was injured.

A search of a nearby flat revealed a cache of weaponry including a semi-automatic rifle and bullets. Steve Li, a senior police officer on the scene, told reporters the police had information that the suspect planned to use the pistol during a protest to“cause chaos and to hurt police officers”.

In Tsim Sha Tsui on Saturday, groups of protesters also converged on a mall popular with Chinese shoppers.

“We can’t celebrate Christmas when our city is taken over by the police. When you see the police outside the mall, do you feel like shopping for presents?” said Bob, 17, a protester. Hong Kong police on Saturday said an armed suspect fired a live round at officers as they tried to arrest him.