"We have agreed in principle to make a financial gesture," Vincent Neymon, head of communications for the French bishops'conference, said 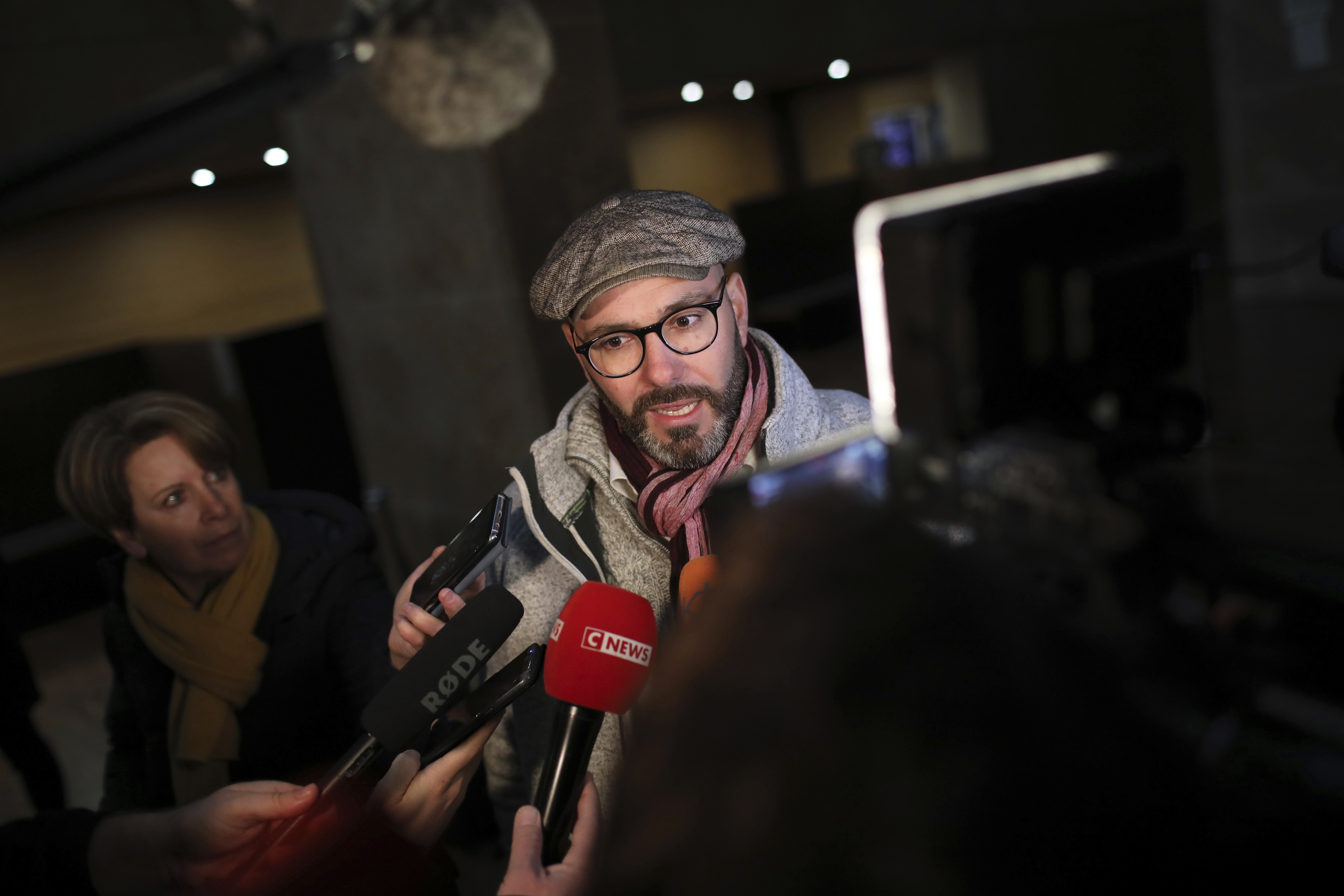 Francois Devaux, one of the plaintiffs and president of the La Parole Libérée (the Liberated Word) victims' group and self-declared victim of Father Preynat talks to the media as he arrives to attend the trial of Cardinal Philippe Barbarin at the Lyon on January 7, 2019.
AP
AP   |   Paris   |   Published 22.02.19, 09:17 AM

Still struggling to come to terms with their share of responsibility in the clerical sex abuse scandal rocking the Catholic Church, France's bishops have agreed to award financial compensation to victims whose cases fall outside of France's statute of limitations.

'We have agreed in principle to make a financial gesture,' Vincent Neymon, head of communications for the French bishops'conference, told The Associated Press in an interview this week. He said he hoped to have a system for paying victims in place in less than a year.

France has not been immune to the scandal that has prompted a credibility crisis for the Catholic hierarchy, and that is the topic of a summit at the Vatican this week on preventing sex abuse and prosecuting pedophile priests.

Two years ago, an investigation by online publication Mediapart unearthed 342 cases of abuse over 50 years that French bishops were accused of covering up in France and abroad, involving at least 34 priests.

Some were convicted, most were at least investigated. But some escaped punishment because the statute of limitations on sex crimes against minors, which was recently extended from 20 to 30 years after a victim turns 18, had run out.

France's conference of bishops said that over the past two years, 211 people have reported being victims of abuse — almost as many as the 222 for the six previous years. Of the more recent cases, the bishops said 75 have been reported to French prosecutors and 10 clergy members have been charged. It's unclear how many cases exceed the statute of limitations, but Neymon said 43 took place before 2000.

While many dioceses and national bishops' conferences around the world have created compensation programmes for victims, the French Catholic Church had been reluctant to follow suit because it does not acknowledge that bishops are automatically responsible for the wrongdoing of their priests.

'When somebody working for a company commits pedophilia, his boss is not necessarily regarded as responsible,' Neymon said.

Now, under pressure from victims whose cases have exceeded the statute of limitations, French bishops say they are taking action and looking at other countries for inspiration.

'We consulted with the Swiss, the Belgians, the Americans, the Irish,' Neymon said. 'In Belgium and Switzerland, the state has been strongly involved. We need to find out what fund will be supporting the scheme, and make sure we don't announce things we cannot implement. The French church is poor, and we have to watch every penny.'

Francois Devaux, from the French victims' group La Parole Libérée, or Liberated Word, said the church's resistance to awarding money to victims stems in part from its reluctance to admit a collective guilt.

'Beyond the financial support for the victims to heal themselves, financial compensation implies one thing: To recognize the church moral's responsibility,' Devaux told the AP. 'And the church finds it hard to do so.'

Ahead of the three-day Vatican summit on sex abuse that began Thursday, the president of the bishop's conference, Archbishop Georges Pontier, met with four victims, including a 70-year-old man who was abused when he was 8 and who wept at the memory. Neymon said the victims pushed for financial and spiritual reparation, and submitted a list of demands to Pontier, who said he would push for changes in the church's canon law at the Vatican summit.

Among other things, Neymon said Pontier would ask to dispense the Catholic Church's own statute of limitations for sexual abuse, which is 20 years after the victim turns 18. This would allow the Vatican office charged with defending Catholic doctrine, the Congregation for the Doctrine of the Faith, to still investigate the older cases.

'Even after 20 or 30 years, one must be entitled to accuse the priests who might have committed such acts,' Neymon said. 'The faith of many has been damaged.'