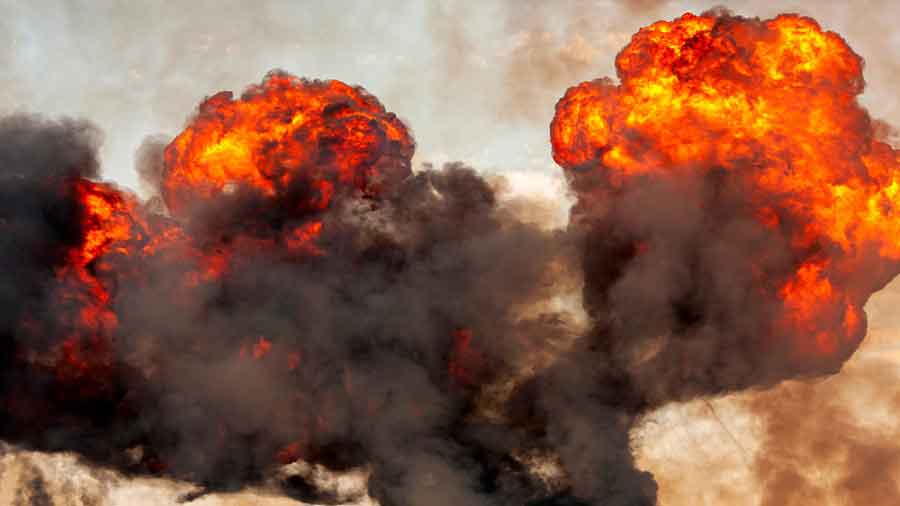 Fire fighters pulled people from the building while other residents used tied sheets to lower themselves from balconies as grey smoke billowed out of stairwells and windows.
Shutterstock
Reuters   |   Gothenburg, Sweden   |   Published 29.09.21, 01:13 AM

Four people were seriously hurt in an explosion and fire on Tuesday in the Swedish city of Gothenburg, and police are investigating whether an explosive device was placed at the scene.

At least 16 were taken to hospital after the early morning blast set ablaze an apartment bloc in a central residential area. Fire fighters pulled people from the building while other residents used tied sheets to lower themselves from balconies as grey smoke billowed out of stairwells and windows.

Gothenburg’s Sahlgrenska Hospital said hours later that three people were still in intensive care after inhaling smoke, but the injuries were not thought to be life-threatening.

Sweden has faced rising gang crime and gun violence in recent years, with rival groups using explosives and fire arms to settle scores. Police have added officers, and laws have been tightened, to try to tackle the gangs. Bombings have become an almost weekly occurrence, but it is rare for anyone to be hurt, although about 20 were lightly injured when a bomb exploded in a residential area in the southern town of Linkoping in 2019.

Prime Minister Stefan Lofven said it was too early to say exactly what had happened in Gothenburg but the whole of Swedish society would respond if criminals were behind the explosion.

”As a society we will do everything possible to fight gang crime,” he told a news conference.“People should be able to feel safe.”

Police, who opened an investigation, said the fire was under control and that tenants had been evacuated. Emergency services ruled out a gas leak as the cause.

”We believe something has exploded that is not of natural causes,” Police spokesperson Thomas Fuxborg told a news conference, adding that something had“probably” been placed at the site of the explosion.

Anja Almen, who lives in the stricken apartment building, said she heard a commotion from the street just after 5:00 a.m. Ä around 15 minutes after the explosion.

”I went out on the balcony and I was shocked. There was smoke everywhere, from every stairwell,” she said by phone from a nearby church to which she and other tenants were evacuated. ”Fire trucks with ladders were pulling people from apartments.”