Advertisement
Home / World / For EU, it is a pretty good Brexit deal

For EU, it is a pretty good Brexit deal

The final deal is a free-trade agreement that recognises Britain’s desire to leave the single market and the customs union while preserving tariff-free, quota-free trade in goods with the union 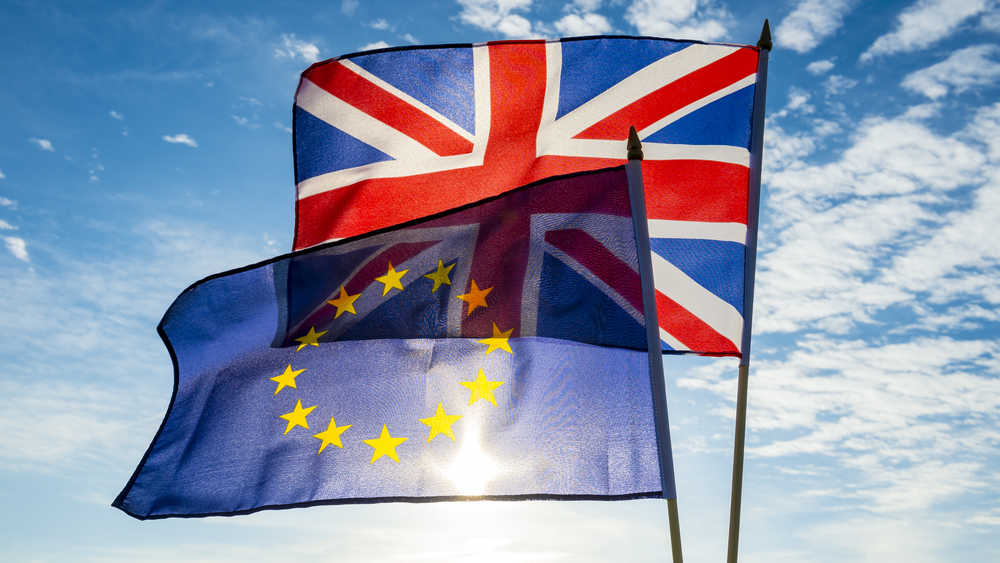 Compared with many of those issues, Brexit was always a “third-order problem’’, said Guntram Wolff, director of Bruegel, a Brussels research institution.
Shutterstock
Steven Erlanger   |   Brussels   |   Published 26.12.20, 01:15 AM

The EU emerges from fraught negotiations with Britain over its exit from the bloc with a sense of satisfaction — that it has maintained its unity and its core principles, especially the integrity of the single market of now 450 million consumers that is the foundation of its influence.

And it is now looking ahead to its life without Britain.

Ursula von der Leyen, the trilingual German who is the head of the European Commission, the bloc’s powerful bureaucracy, emerged from the wrangling with her political profile and reputation enhanced.

Normally at the end of a negotiation she felt joy, von der Leyen said on Thursday evening. But today, she said, “I only feel quiet satisfaction and, frankly speaking, relief.”

It was time “to look to the future,’’ she said. “It is time to leave Brexit behind. Our future is made in Europe.”

It has been a satisfying end to a difficult year for von der Leyen and the EU as a whole. The bloc was buffeted by serious challenges ranging from the pandemic to securing a new seven-year budget and a sizeable virus recovery fund to help those countries most badly hit. That fund embodies a collective European debt for the first time.

The EU also has had to cope with internal challenges to the rule of law and continuing antagonism from President Trump; craft a tougher stance towards China and Turkey; agree on sanctions against Belarus; try to find a coherent response to calls for strategic autonomy and more European defence; come together on climate goals; and prepare positions for the administration of President-elect Joseph R. Biden Jr.

Compared with many of those issues, Brexit was always a “third-order problem’’, said Guntram Wolff, director of Bruegel, a Brussels research institution.

Still, he said, “the deal is quite an achievement’,’ one that he and many others had thought unlikely even a week ago.

But Chancellor Angela Merkel of Germany, whose country holds the revolving presidency of the bloc until the end of the year, “really wanted a deal”, Wolff said. The Germans, with Europe and Nato as core national interests, see Britain as too close, too big and too important to be allowed to drift away without one.

Von der Leyen, who had served in Merkel’s cabinets and is close to her, and who got this job at the instigation of President Emmanuel Macron of France, was ideally situated to do the final compromises — checking back with European capitals — that have finally produced a deal.

“I’m sure the Germans made their desires clear” to von der Leyen, Wolff said. “But you need the president of the commission to directly call the Elysée and the Chancellery and do the deal.’’

The final deal is a free-trade agreement that recognises Britain’s desire to leave the single market and the customs union while preserving tariff-free, quota-free trade in goods with the EU.

To that end, Britain agreed to a mechanism, with arbitration and possible tariffs for violations, that would keep its regulations and subsidies roughly in line with those of Brussels, to prevent unfair competition.
But the deal will require inspections of goods to prevent smuggling, especially of live animals.

The deal also covers many mundane but crucial matters of visas, health insurance, and air, rail and road travel. It treats Northern Ireland, which is part of the UK, as within the EU customs area to prevent the need for a hard border on the island, but requires some checks on goods going from Britain to Northern Ireland.

And the deal reallocates fishing areas and quotas, given that Britain is now an independent coastal state. Real power in the EU rests with the member states.