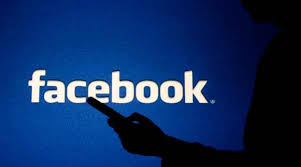 Facebook’s failure to root out bots raises questions about how the company can police a platform used by over 2.7 billion people.
Shutterstock
Our Bureau, New York Times News Service   |   Oakland, California   |   Published 16.09.20, 01:09 PM

While Facebook has heralded improvements to its fight against disinformation in the US, it has been slow to deal with fake accounts that have affected elections around the world, according to a post published by a former employee.

The employee, who worked on a Facebook team dedicated to rooting out so-called inauthentic activity on the service, said executives ignored or were slow to react to her repeated warnings about the problem.

“In the three years I’ve spent at Facebook, I’ve found multiple blatant attempts by foreign national governments to abuse our platform on vast scales to mislead their own citizenry,” Sophie Zhang, the employee, wrote in a 6,600-word post shared with the entire company on her final day on the job.

As countries like Russia, China and Iran have continued sophisticated disinformation operations, Zhang’s post has drawn attention to smaller countries that run cheap and easy bot networks to influence their citizens. In one example, bots promoted the President of Honduras. In another, they attacked Opposition figures in Azerbaijan.

Facebook’s failure to root out the bots, or automated accounts, operating on behalf of political figures raises questions for how effectively the company can police a platform used by over 2.7 billion people.

Zhang was fired in August, and left the company in early September. In her post, she speculated that part of the reason she lost her job at Facebook was because she neglected the routine duties of her work to focus on the political activity by the false accounts.

“Working against coordinated inauthentic behaviour is our priority, but we’re also addressing the problems of spam and fake engagement. We probe each issue carefully, including those that Zhang raises, before we take action.”