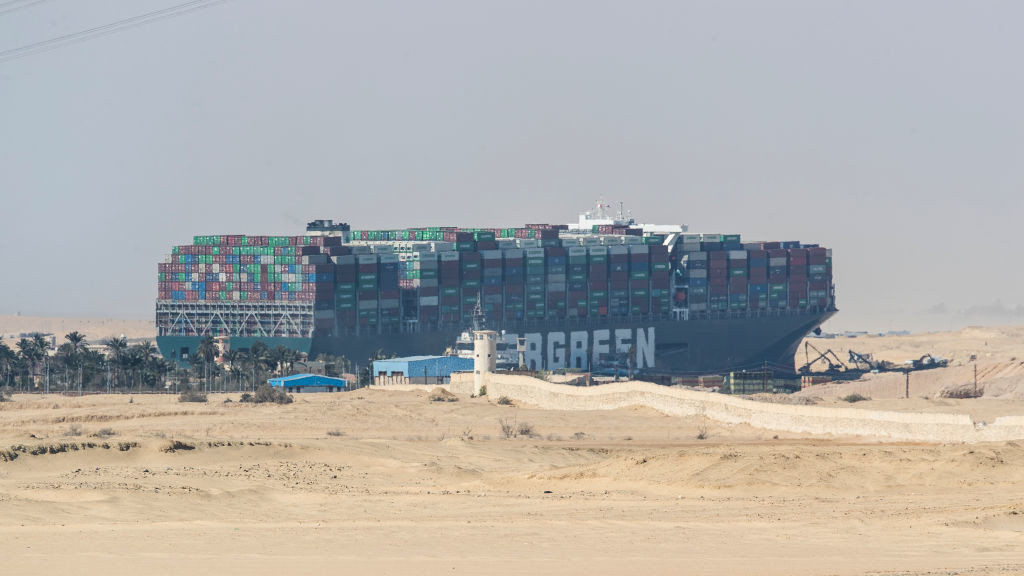 Suez Canal salvage teams were alternating between dredging and tugging on Sunday to dislodge a massive container ship blocking the busy waterway, while two sources said efforts had been complicated by rock under the ship’s bow.

Dredgers working to dislodge the stranded vessel have so far shifted 27,000 cubic metres of sand, to a depth of 18 metres, and efforts would continue around the clock according to wind conditions and tides, the Suez Canal Authority (SCA) said in a statement.

Egypt’s president Abdel Fattah al-Sisi has ordered preparations for the possible removal of some of the ship’s cargo to help refloat it, SCA chairman Osama Rabie told Egypt’s Extra News.

The 400-metre long Ever Given became jammed diagonally across a southern section of the canal in high winds more than five days ago, halting shipping traffic in one of the world’s busiest waterways.

As of Saturday, 321 boats were waiting to transit the canal, including dozens of container ships, bulk carriers and liquefied natural gas (LNG) or liquefied petroleum gas (LPG) vessels.

“There are positive indicators from yesterday and the day before yesterday,” Rabie told Egyptian state TV.

“The rudder was not moving and it is now moving, the propeller is working now, there was no water underneath the bow, and now there is water under it, and yesterday there was a four-metre deviation in the bow and the stern.”

However, two SCA sources told Reuters that a mass of rock had been found at the bow of the ship, complicating salvage efforts.

Rescue workers from the SCA and a team from Dutch firm Smit Salvage have been weighing whether some of the Ever Given’s 18,300 containers will need to be removed by crane in order to refloat it.

Experts have warned that such a process could be complex and lengthy.

“We’re dividing the day into two halves, 12 hours for dredgers and 12 hours for tugs, because not all times are suitable for tugs due to the tide,” said Rabie, adding that 14 tug boats were being deployed.
About 15 per cent of world shipping traffic transits the Suez Canal.

If the blockage drags on, shippers may decide to reroute their cargoes around the Cape of Good Hope, adding about two weeks to journeys and extra fuel costs.