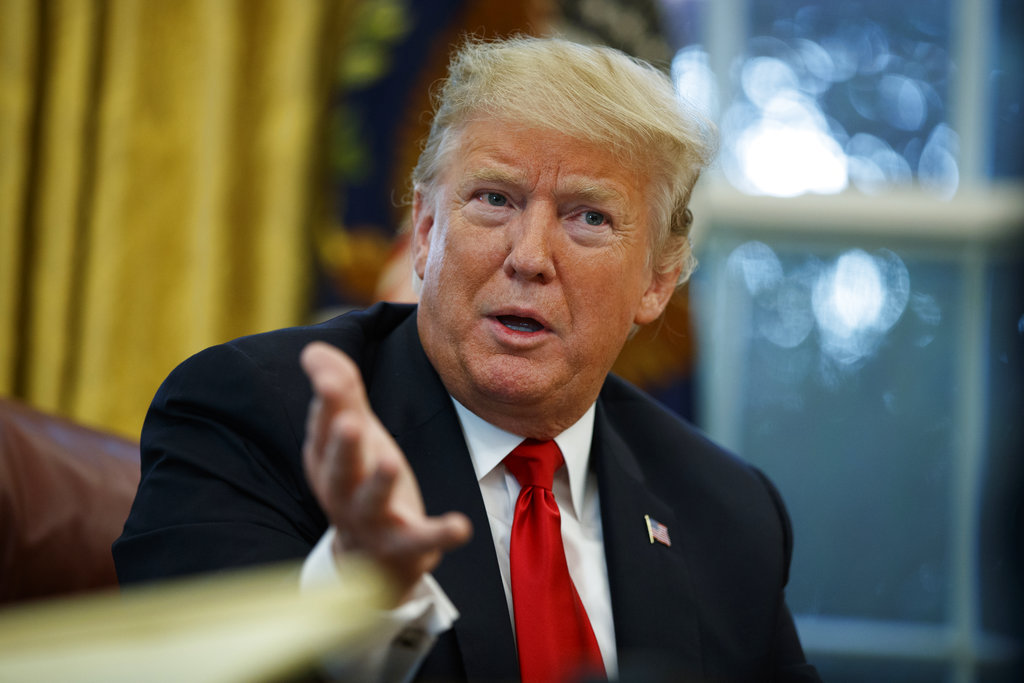 Anyone entering the US illegally will be arrested, detained and then deported back, President Donald Trump has warned, as he threatened three Central American nations to halt a migrant caravan from heading to America or lose millions of dollars in foreign aid.

Trump's warning comes amid reports that a new migrant caravan from Honduras comprising about 1600 people is moving towards the US via Guatemala.

The caravan, formed in the Honduran city of San Pedro Sula on Saturday, crossed into Guatemala on Monday. Guatemala detained one of its coordinators on Tuesday, but other members of the caravan are advancing through Guatemala with hopes of reaching the US border.

Anybody entering the United States illegally will be arrested and detained, prior to being sent back to their country!

He said his administration has informed the three countries — Honduras, Guatemala and El Salvador — that America will stop all payments to them if they allow their citizens to enter the US.

“We have today informed the countries of Honduras, Guatemala and El Salvador that if they allow their citizens, or others, to journey through their borders and up to the United States, with the intention of entering our country illegally, all payments made to them will STOP (END)!” Trump said in another tweet.

He said Trump’s message to Honduras also applied to Guatemala, “no more aid if it’s not stopped!”

“Spoke with Guatemalan President Jimmy Morales about caravan heading for the US and made clear our borders and sovereignty must be maintained. We expect our partners to do all they can to assist and appreciate their support. Reiterated POTUS’ message: no more aid if it’s not stopped!” Pence tweeted.

Its formation also comes just weeks before high-stakes midterm elections in the US, in which many Republican candidates have been echoing President Trump’s message of boosting border security and cracking down on illegal immigration.

Trump has been a fierce advocate of building a border wall with Mexico to tighten US immigration controls.

He believes border security is a serious national issue and the lack of it poses a substantial threat to the “sovereignty and safety” of America and its citizens.

During his campaign, Trump tapped into the immigration concerns of many Americans who worry about loss of economic opportunities and the threat of criminals and terrorists entering the country.

His call for the construction of a border wall was one of his most popular proposals and helped the billionaire tycoon to galvanise masses.