Advertisement
Home / World / Her abuse was family matter, till it went live on a China app

Her abuse was family matter, till it went live on a China app

Grisly death of Tibetan farmer has shocked China, with many asking why she wasn’t protected 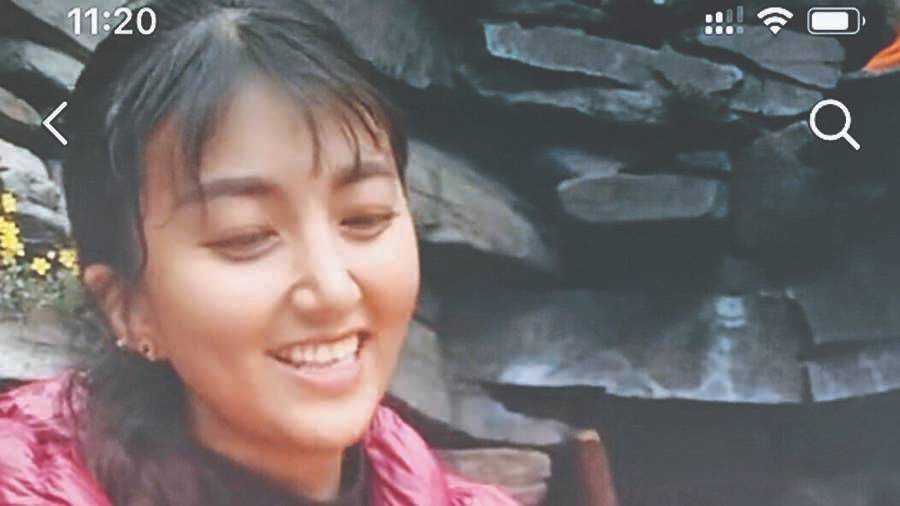 Lhamo, a Tibetan farmer in southwestern China, lived her life mostly outdoors and shared it online, posting videos of herself cooking, singing and picking herbs in the mountains around her village. By this autumn, she had about 200,000 followers, many of whom praised her as cheerful and hardworking.

Over 400 of them were watching one evening in mid-September as Lhamo, 30, streamed a video live from her kitchen on Douyin, the Chinese version of the TikTok app. Suddenly, a man stormed in and Lhamo screamed. Then the screen went dark.

When Lhamo’s sister Dolma arrived at the hospital a few hours later, she found Lhamo struggling to breathe, her body covered with burns. The police in Jinchuan county, where she lived, are investigating Lhamo’s ex-husband on suspicion that he doused her with petrol and set her on fire.

“She looked like a piece of charcoal,” said Dolma, who, along with her sister and many other Tibetans, goes by one name. “He burned almost all her skin off.” Lhamo died two weeks later.

Her case, one of several that have gained national attention this year, reflects the shortcomings of China’s legal system in protecting women from domestic violence — even when they repeatedly seek help, as Lhamo did.

Public outrage has helped some get justice, including a woman in Henan province who was denied a divorce until she posted video evidence of her abuse. But for many women like Lhamo it comes too late.

In July, a man in the eastern city of Hangzhou was arrested on suspicion of murdering his wife after her dismembered remains were found in a communal septic tank. Late last month, video footage went viral that appeared to show a man in Shanxi province beating his wife to death in front of bystanders.

More than 900 women have died at the hands of their husbands or partners since China’s law against domestic violence was enacted in 2016, according to Beijing Equality, a women’s rights group.

The domestic violence law promised police investigations and easier access to restraining orders, but enforcement is spotty and punishments are light in a society that stigmatises divorce and pressures victims of abuse to keep silent.

Activists say many police officers are not properly trained to handle domestic violence cases. In the countryside, where Lhamo was from, victims often lack social support networks and are less educated about their rights.

Just one day after Lhamo’s death, Xi Jinping, China’s top leader, told a UN conference on women that the “protection of women’s rights and interests must become a national commitment”.

The Chinese Internet seized on the speech. And soon, people were calling for stronger enforcement of the domestic violence law using the hashtag #LhamoAct. Within a day, the hashtag had been censored on Weibo, one of China’s most popular social media platforms.

Other hashtags condemned the failure of the police to prevent Lhamo’s murder, including #StopNotActing and #PunishNotActing.

Wan Miaoyan, a women’s rights lawyer in Chengdu, the capital of Sichuan province, said she hoped the backlash from Lhamo’s case would result in better enforcement of the law. “But why does it take a tragedy and a victim to sacrifice herself in such a bloody way before we make progress on law enforcement?” she said.

Lhamo was from a remote village in the region of Aba, called Ngaba by Tibetans. Born into poverty, she made a living picking herbs in the mountains. As a child, she was kind and optimistic, her sister said. When Lhamo was 18, she met a man named Tang Lu from a nearby village. Before long they were married, and Lhamo moved in with his family and gave birth to two boys, who are now 3 and 12.

Dolma said she had seen bruises on her sister’s face and body many times over the years. Lhamo often fled to their father’s house to recover from her injuries, which  Dolma said included a dislocated elbow.

Tang did not respond to multiple messages on his Douyin account asking for comment.  Dolma said she did not have phone numbers for him or his relatives.

Lhamo divorced Tang in March. But he immediately pushed her to remarry, Dolma said, threatening to kill their children if she refused. lhamo called the police twice but they ignored her pleas for help, her sister said. The couple remarried.

Two weeks later, when  Lhamo went to the police again after Tang tried to hurt her and Dolma, the authorities said that since she had chosen to remarry him, “this is your personal family matter”. The officer said there was nothing they could do, according to Dolma.

The Jinchuan county police department did not respond to a request for comment.

In May, Dolma said, Tang tried to choke Lhamo and threatened her with a knife.

She sought help from the local chapter of the All-China Women’s Federation, the government agency in charge of protecting women’s rights. Dolma said her sister cried later as she recounted when an official dismissed her injuries, saying other women were worse off.

An employee at the Jinchuan County Women’s Federation confirmed that Lhamo had visited the office and said there was an investigation underway.

Lhamo refused to give up, Dolma said. She filed for divorce again and hid with relatives as she waited for court approval.

In early June, Tang went looking for Lhamo at Dolma’s house. When Dolma wouldn’t tell him where her sister was, he hit her in her left eye. Dolma was hospitalised for almost two weeks for bone fractures, according to a copy of the medical report viewed by The New York Times. She said she reported the incident to the police but they only briefly questioned Tang and let him go.

A court granted the couple’s second divorce a few weeks later, awarding Tang full custody of their two sons. Lhamo spent most of the summer deep in the mountains picking herbs. On September 12, two days before the attack that would kill her, she posted a video saying she was going home.

Tang, who was also severely burned, is being investigated on suspicion of homicide. That is cold comfort for Dolma. “It’s too late to talk about these things now,” she said. “If they had taken it seriously at that time and disciplined or punished him, we wouldn’t be in this situation today.”