Sunday's vote in the European Union member of 5.5 million people is taking place in a Nordic country that has one-third of its territory above the Arctic Circle 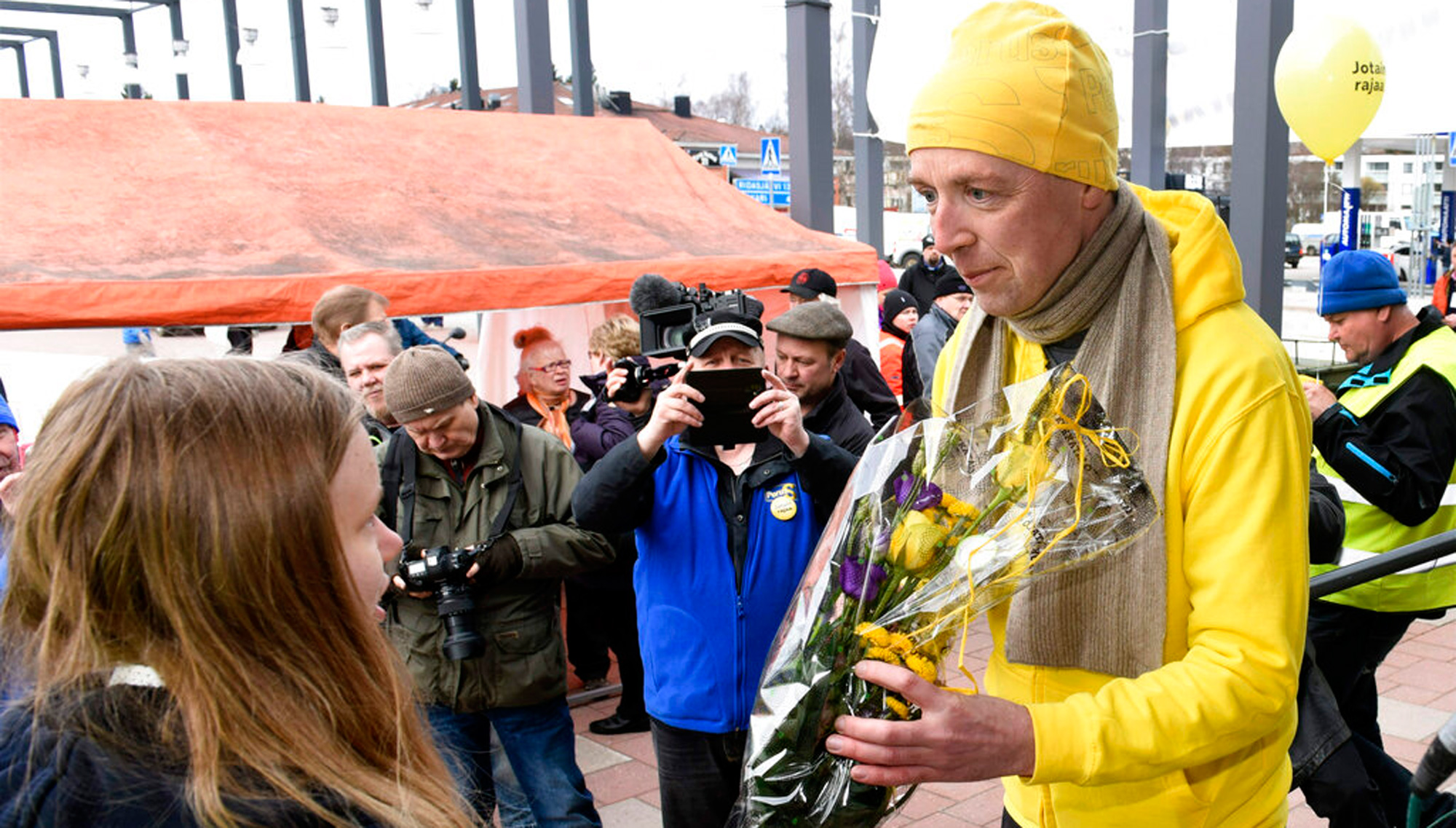 Voters in Finland are casting ballots in a parliamentary election after fierce debates over how best to tackle climate change dominated the campaign, even overshadowing topics like reforming the nation's generous welfare model.

Sunday's vote in the European Union member of 5.5 million people is taking place in a Nordic country that has one-third of its territory above the Arctic Circle.

Across Europe, populist, anti-immigrant, euroskeptic parties have gained ground in recent elections at the expense of traditional political parties. The vote in Finland is expected to reflect that development yet add a new twist: populists here rail against climate change sacrifices instead of focusing on immigration like their counterparts in southern Europe.

'For everybody, it's about the climate. It's kind of a climate election, everybody's feeling some kind of a depression about it,' voter Sofia Frantsi, 27, an interior architect from Helsinki, told The Associated Press on Sunday.

Over a third of those eligible voted in advance, choosing between 2,500 candidates from 19 political parties and movements for the Eduskunta legislature's 200 seats. Preliminary results are expected later Sunday night.

Greenpeace Finland has called Sunday's vote the 'climate election,' saying that 'never before has climate and the limits of planet Earth been discussed with such seriousness in Finland.' It cited to a recent nationwide poll where a whopping 70% of the respondents said tackling climate change and reducing carbon footprints should be one of the new government's key priorities.

According to opinion polls, no party in Finland is close to having enough support to govern alone and would have to find coalition partners to form the next government. A broad-based Cabinet with members from different political parties is a long-time tradition in Finland.

The center-left opposition Social Democratic Party, which has traditionally attracted working-class voters, led a recent poll with 19% support under the leadership of Antti Rinne, a former finance minister and union leader.

Rinne plans to raise taxes and increase spending to overhaul a costly Nordic social and health care system that is under strain as the nation's population rapidly ages.

The Social Democrats also back the pro-European Union policies of Finland, which uses the shared euro currency but is not a NATO member. Finland shares a 1,340-kilometer (830-mile) border with Russia.

The populist, euroskeptic Finns Party, which has been polling in second place with 16% support, has been gaining momentum among rural voters and others who find the climate change proposals of other political parties too daunting.

'We want a more moderate and sensible climate policy that does not chase industries away from Finland to countries like China,' Jussi Halla-aho, leader of the Finns Party, told reporters at a Helsinki polling station, adding that immigration remains a key question too.

Other parties include the conservative, pro-business National Coalition Party, the centrist Center Party and the Greens, who enjoy strong popularity in Helsinki, the capital.

'It's clear a vast majority of Finns is hoping that the new parliament takes climate action,' Emma Kari, a Greens lawmaker, told the AP as she campaigned a day before the vote. 'Politicians need to take responsibility.'

Many parties back actions to fight global warming.

Finland is boosting its nuclear energy production by launching a new plant next year and lawmakers last month voted to completely phase out burning coal by 2029. Other proposals include boosting the number of electric vehicles, cutting meat consumption through taxes or switching to more vegetarian food in public places like schools.

'Everybody more or less agrees that the climate thing is very important. But then there are other things, like immigration ... and also the big reform of the social and health care,' said Sari Hanhinen, a 49-year-old civil servant voting in a Helsinki polling station.

Finland's outgoing center-right coalition government, led by Prime Minister Juha Sipila of the Center Party, pushed through an austerity package that helped Finland return to growth after a three-year recession but failed to pass a major social and health reform package.

'The negotiations will be very difficult, that's very clear, before they can create a government,' said Jukka Vakkila, a 57-year-old doctor from Helsinki. 'But I think that they will find some kind of consensus ... Finland could be a good example for other countries in this way.' 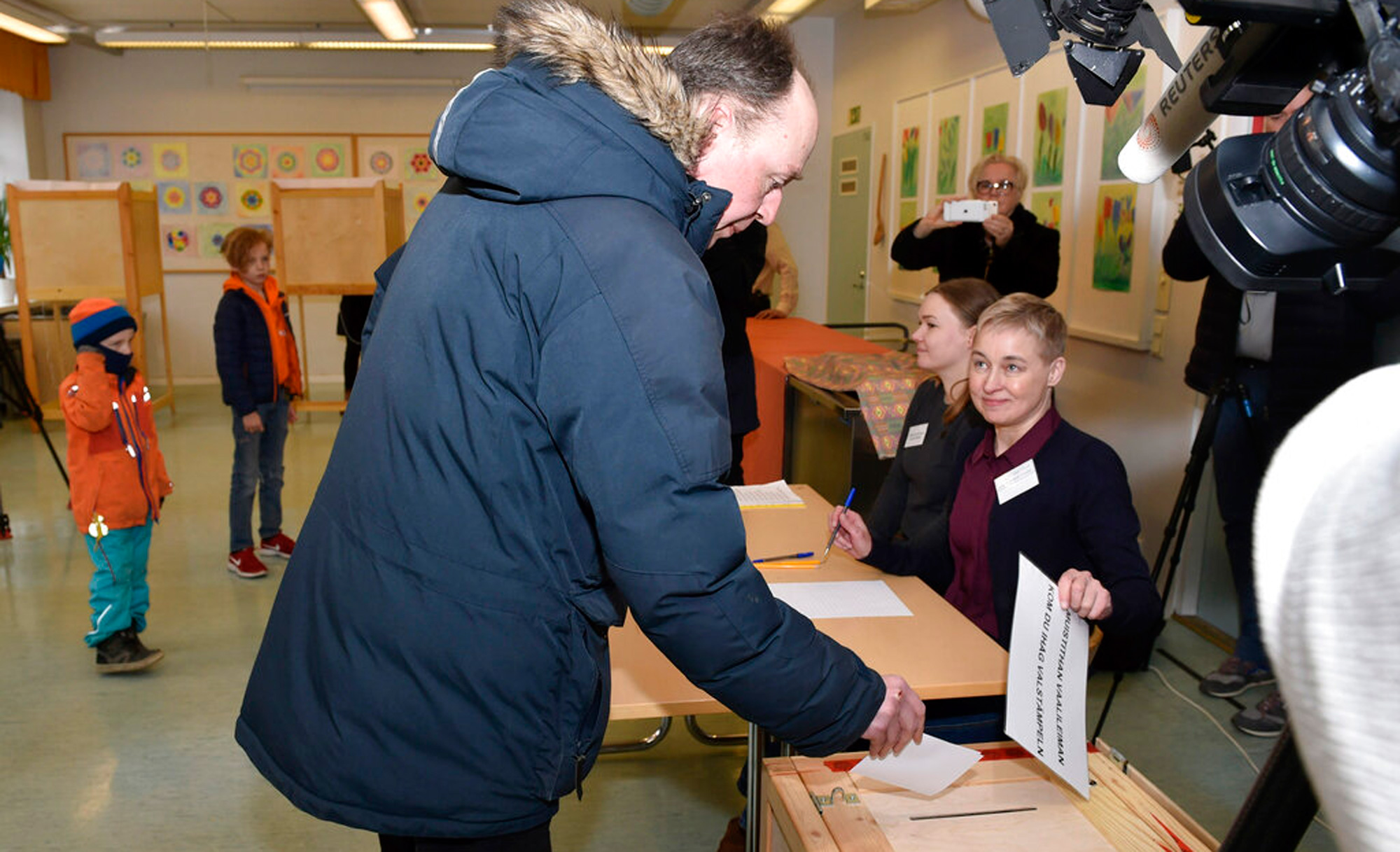