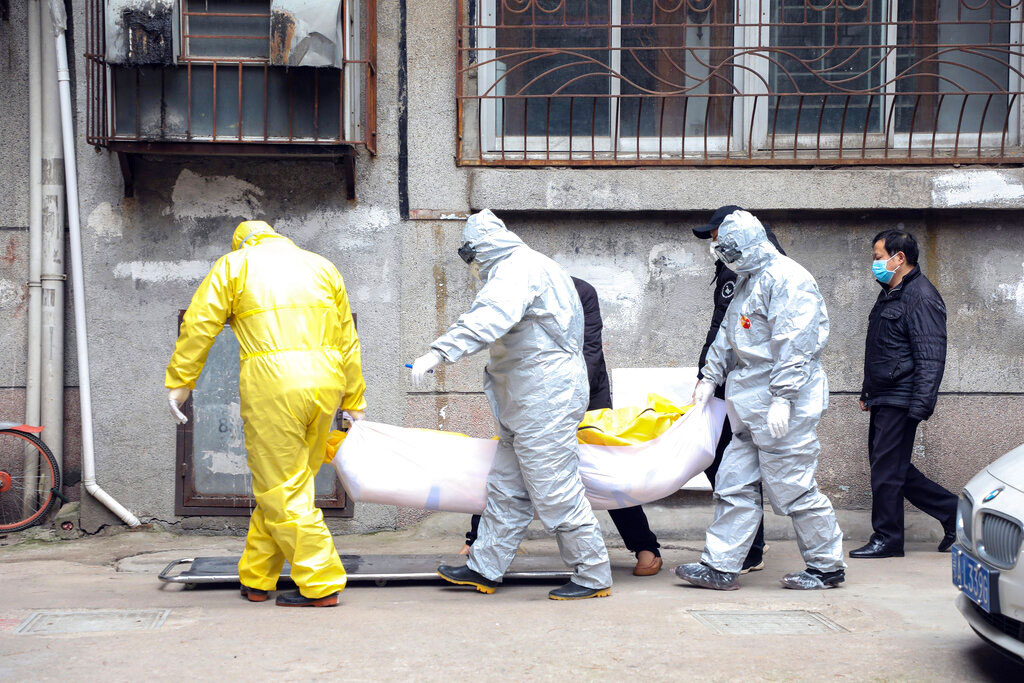 Funeral home workers remove the body of a person suspect to have died from a virus outbreak from a residential building in Wuhan in central China's Hubei Province
(AP)
Reuters   |   Beijing   |   Published 02.02.20, 06:45 PM

China ramped up measures to contain the coronavirus epidemic and shore up an economy hit by travel curbs and business shutdowns on Sunday.

Some 304 people have died in China, the country’s National Health Commission said on Sunday. Infections in China jumped to 14,380 as of Saturday, after their biggest daily rise, the commission added.

The virus outbreak is still “severe and complicated”, Xiao Juhua, the vice-governor of Hubei where Wuhan is located, told a news conference.

At least another 171 cases have been reported in more than two dozen other countries and regions, including the US, Japan, Thailand, Hong Kong and Britain.

China’s central bank said it would inject a hefty 1.2 trillion yuan ($173.8 billion) worth of liquidity into the markets via reverse repo operations on Monday as the country prepares to reopen its stock markets after an extended Lunar New Year holiday.

China Evergrande Group, the nation’s third-largest property developer, said in an internal note on Sunday it would extend its Lunar New Year holiday to February 16, and suspend construction work at all of its 1,246 sites until February 20.

In Beijing, some malls stayed open, but staff stood outside offering to take customers’ temperatures. Many other shops and cafes in the capital chose to close.

“We can’t work and have no income. I would rather work than stay at home and do nothing,” said 32-year-old restaurant worker Wu Caixia in the capital.

Wuhan was about to open two new hospitals for virus patients, state broadcaster CCTV and the Xinhua news agency reported. One of the facilities was built in eight days, they added.