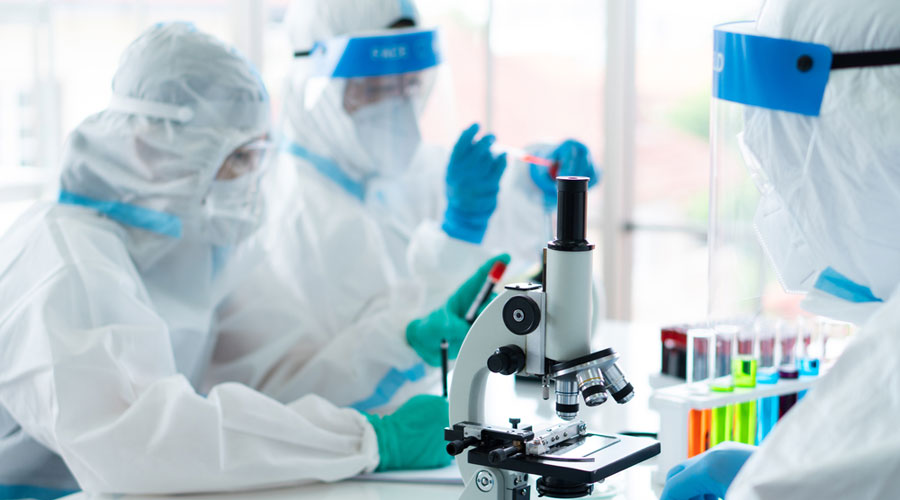 Oxford scientists believe they have made a breakthrough in their quest for a Covid-19 vaccine after discovering that the jab triggers a response that may offer a “double defence” against the virus.

Phase 1 human trials of the world-leading Oxford vaccine have shown that it generates an immune response against the disease, The Daily Telegraph has learnt.

Blood samples taken from a group of UK volunteers given a dose of the vaccine showed that it stimulated the body to produce both antibodies and “killer T-cells”, a senior source said. The discovery is promising because separate studies have suggested that antibodies may fade away within months, while T-cells can stay in circulation for years.

However, the source cautioned that the results, while “extremely promising”, did not yet prove that the Oxford vaccine provided long-lasting immunity against Covid-19.

“I can tell you that we now know the Oxford vaccine covers both bases — it produces both a T-cell and an antibody response,” the senior source told The Telegraph. “It’s the combination of these two that will hopefully keep people safe. So far, so good. It’s an important moment. But we still have a long way to go.” Another source close to the team described the presence of both antibodies and T-cells as a potential “double defence” against Covid-19. The full findings will be published in The Lancet medical journal on Monday, it was confirmed last night. The findings are based on initial results from a Phase 1 clinical trial, which began in Oxford in April when doses of the vaccine were given to 500 volunteers.

A trial is currently under way involving 5,000 volunteers in Brazil to prove the vaccine is effective, while the drugmaker AstraZeneca has signed a deal to produce up to two billion doses.

If all goes well, the researchers, led by Prof. Sarah Gilbert, hope the vaccine may be ready as early as October.

The initial data also suggest that the ChAdOx1 nCoV-19 vaccine is safe with no major side effects, it is understood, although further work will be needed. The team is also evaluating the level of dose needed to produce an effective response.

Stocks soared on Wednesday after reports that positive news on the Oxford vaccine would be released next week. Shares in AstraZeneca jumped 5.2 per cent.

David Carpenter, chair of the Berkshire Research Ethics Committee, which approved the Oxford trial and continues to work with scientists on amendments, told The Telegraph that the team were “absolutely on track”.

“They can strengthen findings by targeting people in hospitals, healthcare professionals, where the spread is [more] likely to happen. Nobody can put final dates... things might go wrong but the reality is that by working with a big pharma company, that vaccine could be fairly widely available around September and that is the sort of target they are working on.”

The T-cell discovery is likely to be important because scientists increasingly believe that any successful vaccine will need to trigger the production of both antibodies and T-cells, which directly attack human cells that have already become infected with viruses.

Earlier this year, a similar vaccine against MERS invented by the same Oxford team was found to elicit high levels of T-cells, but only triggered neutralising antibodies in 44 per cent of volunteers.

If the Covid vaccine can be proven in further trials to elicit a similarly strong T-cell response, the team hopes it may not need to trigger high levels of antibodies to provide meaningful protection. A number of other vaccine candidates across the world have also produced T-cell responses, but only in smaller scale studies. Others including a major project in China are thought to be unlikely to produce T-cells when tested on humans.

This week the US biotech company, Moderna, published data from a Phase 1 trial involving 45 people showing that its RNA vaccine triggered both neutralising antibodies and T-cells.

The findings come amid increasing gloom over the longevity of Covid-19 antibodies. Earlier this week, a King’s College London study found that people who recovered from Covid-19 appeared to lose their antibodies within months.

But in a study published in Nature on Thursday, researchers found that T-cells from the SARS outbreak had lasted for 17 years. Duke University scientists in Singapore found T-cells were still circulating in potent quantities from patients who were infected in 2003.

It is not known for sure if the same will be true for Covid-19, and whether the T-cells will protect against reinfection, but, speaking to The Telegraph, the lead researcher described discovery as”potentially very significant for a vaccine”.

The researchers also found “remarkable” levels of T-cells able to latch on to the virus within people who had never been infected with the disease.

They believe these may have been triggered by the common cold and other animal coronaviruses — mainly originating in bats — and that the primed cells may also offer protection against the new virus.