Advertisement
Home / World / Careers on hold for many professionals

Careers on hold for many professionals

‘There’s just nothing out there... I’m just sitting in limbo’ 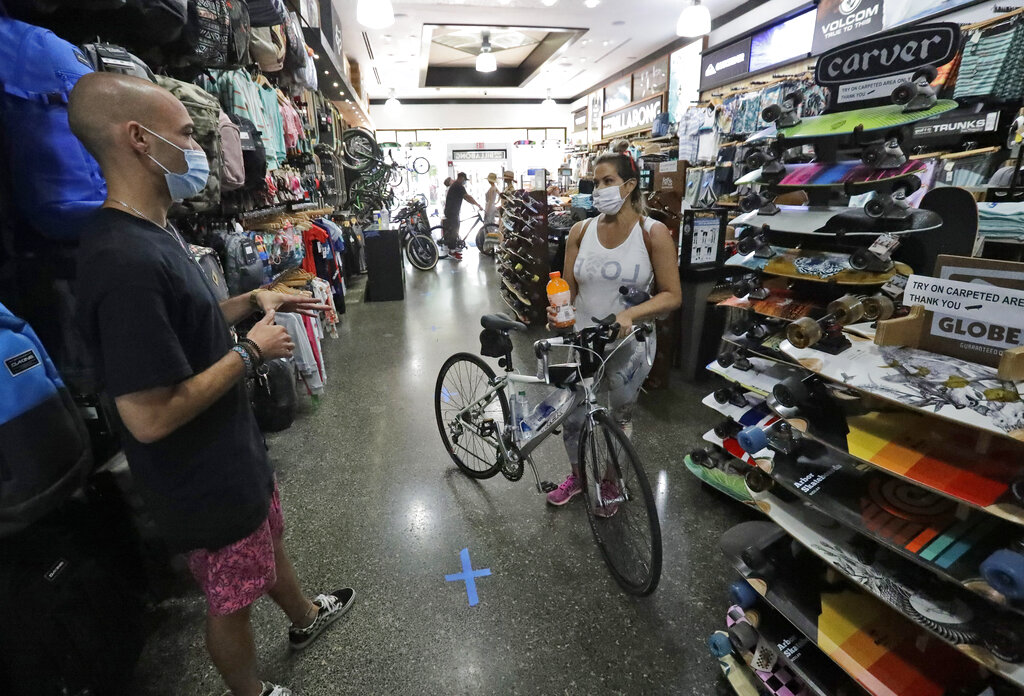 After five years at the wellness industry start-up she co-founded in San Francisco, Hasti Nazem decided it was time for her next adventure in Silicon Valley. Her last day was March 5.

Two months later, the job market has imploded, promising leads have dried up, and Nazem, 35, is stuck in limbo. She is mining her network for introductions, but still without a full-time job. “I’m mostly having Zoom calls with strangers,” she said.

The staggering unemployment figures — devastating as they are — do not fully capture the degree to which the coronavirus has disrupted professional life across the country.

Since March, when the crisis began to shut businesses en masse, a generation of professionals has seen careers enter a state of suspended animation. Hiring has dried up, advancement has ceased, job searches have been put on hold and new ventures are in jeopardy. As a result, even well-connected high earners are suddenly in unfamiliar territory.

“There is deep uncertainty,” said Alisa Cohn, an executive coach who works with companies including Google and Pfizer. “We’re not just in a holding pattern. We’re on our way somewhere new, but we don’t know what it looks like.”

Craig Stacey was vice-president of marketing at McKesson, the health care company, until he was let go last September amid a reorganisation. He immediately began searching for a new job, and said he was a finalist for several senior marketing roles.

“Silver and bronze medals are good in the Olympics, but not in the job market,” said Stacey, 52, of Minneapolis.

He started interviewing for two jobs in early March. After the virus hit, one company told him it was suspending the search; the other simply stopped communicating with him.

Alex Dudley was senior vice-president of communications at Charter, the cable company, until last year, earning a salary in the high six figures. He was let go and took a few months to spend time with his family, then began applying for jobs at major corporations and public relations firms.

“I had three or four different things in various stages of discussions, and then in mid-March it all just evaporated,” he said. Now, he said, “there’s just nothing out there”.

Dudley, 48, of Fairfield, Connecticut, said he was grateful to have had a salary that allowed him to accumulate savings, and to have had a bit of a break, but acknowledged that unemployment was taking a psychological toll. “Despite all efforts to create balance in my life, a lot of my self-worth was aligned with my professional status,” he said. “When that changes, it’s a huge blow to your ego.”

The anxiety is not exclusive to those who are unemployed. Some people who are gainfully employed but were considering new roles are also unsure of how to proceed.

Kari Hayden Pendoley has been running the corporate foundation at a skin care company in San Francisco for seven years, but was thinking about changing careers. She started taking steps to build her public profile, and by March, she had some public speaking jobs lined up. Then all the events she was supposed to speak at got cancelled. “It was like the universe was saying, ‘Maybe that isn’t what you’re supposed to be doing,’” she said.

Pendoley, 40, is refocusing on her work at the skin care company, but has put plans for her next step on hold. “I’m just sitting in limbo,” she said.

In Battle Creek, Michigan, Jennifer Brown was preparing for the grand opening of her new brewery, Handmap Brewing. Brown and her partner, Chris McCleary, had spent the last three years preparing for this moment, securing grants, taking on loans and liquidating their retirement savings to retrofit an old brick building.

They had planned to open for St Patrick’s Day, but in mid-March, decided to postpone everything. Instead of operating a bustling new brewery, Brown and McCleary, both 51, have transitioned to canning some of the beer they had brewed and selling it to takeout customers.

Though it is unclear how much demand there will be when restaurants can open again, Brown says she still plans to welcome customers to Handmap Brewing in the weeks or months ahead.

In addition to career moves gone awry, the crisis has also upended plans for relocations. Samantha Petrie, 44, was considering moving from her home in Corte Madera, California, for a new job in London. Even before the virus, she was having second thoughts in the wake of Brexit. Now, it is concerns about a second wave and further economic disruption giving her pause.

“Will we see another flare-up of this virus in autumn or winter and see another shutdown?” she said. “Who knows what will happen?”

The setbacks can seem particularly unfair to those who graduated college just before the financial crisis. Nazem was hired at Lehman Brothers straight out of college in 2008, joining the firm just in time for it to file for bankruptcy.

“Is this really happening to my generation again?” she said. “It feels like for the second time, the rug is being pulled out from under me.”

Petrie, Nazem and others expressed hope that though the job market has been obliterated by the pandemic, new opportunities would emerge in the months ahead. “It feels like something new is going to come out of this,” Petrie said. “There are new companies that are going to arise.”

Nazem recently joined a 14-week “virtual networking and development cohort” called the Grand Quest. For $1,200, she will join biweekly Zoom meetings with other job seekers who are looking to identify their career goals and pursue new opportunities.

The hope, she said, was that the group would provide “an opportunity to join a supportive community that understands career transitions for entrepreneurs while facing these unprecedented challenges”.

Yet for others, especially those with families to support, the need to find a new income quickly is crucial.

Stacey, who has two children in college, was making more than $200,000 a year at McKesson. He knows it may be hard to find a new job that pays that much, especially in the midst of a pandemic, but as the months tick by, the urgency intensifies.

“I’m having days of anxiety and concern set in,” he said. In the absence of an offer for a full-time role, he has set up a limited liability company and taken on some consulting jobs.