'As we all prepare to say our last farewell, I simply want to take this opportunity to say thank you to all those countless people who have supported us' 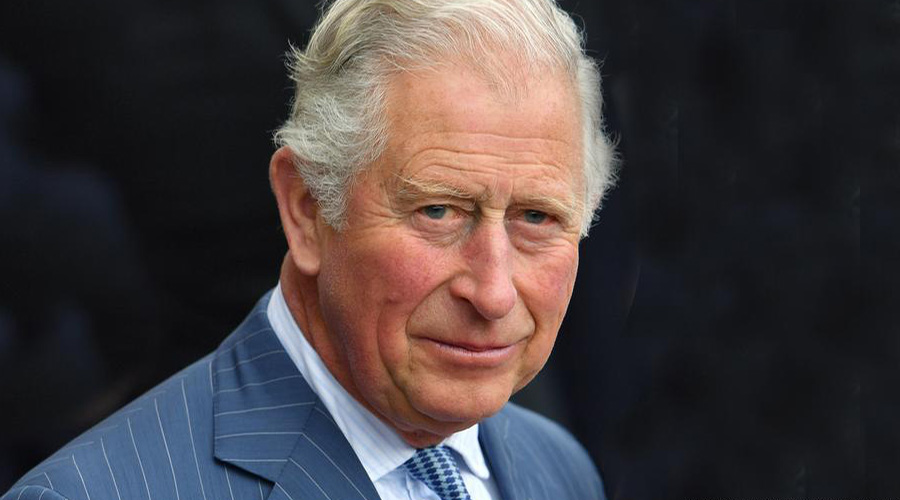 Britain's King Charles III reflected upon his late mother's lifelong service in a thank you message ahead of Queen Elizabeth II's funeral at Westminster Abbey in London on Monday morning.

President Droupadi Murmu, who is representing India at the state funeral, and the heads of state and government from around the world including US President Joe Biden attended an official state event hosted by the King and Queen Consort Camilla at Buckingham Palace on Sunday evening.

Queen Elizabeth II, 96, passed away peacefully at her Scottish residence of Balmoral Castle on September 8 and has been Lying-in-State at Westminster Hall, where Murmu and the world leaders joined thousands of mourners to pay their respects to the late monarch.

"Over the last 10 days, my wife and I have been so deeply touched by the many messages of condolence and support we have received from this country and across the world," Charles said in a statement, in the wake of a one-minute silence as a national moment of reflection in memory of the Queen at 20:00 local time on Sunday.

"In London, Edinburgh, Hillsborough and Cardiff we were moved beyond measure by everyone who took the trouble to come and pay their respects to the lifelong service of my dear mother, the late Queen," he said.

"As we all prepare to say our last farewell, I wanted simply to take this opportunity to say thank you to all those countless people who have been such a support and comfort to my family and myself in this time of grief," he added.

Westminster Hall will close to the public early on Monday morning as preparations are made for the coffin to be conveyed in procession to Westminster Abbey nearby, where a congregation of around 2,000 will gather for a sombre ceremony starting at 11 am local time and concluding with a two-minute silence around an hour later.

Besides the visiting foreign dignitaries, hundreds of people who were recognised in the Queen's Birthday Honours list in June this year will also join the congregation, including those who made extraordinary contributions to the response to the COVID-19 pandemic.

British Prime Minister Liz Truss and Commonwealth Secretary-General Baroness Patricia Scotland will be among those reading lessons during the service. The Archbishop of York, the Cardinal Archbishop of Westminster, the Moderator of the General Assembly of the Church of Scotland and the Free Churches Moderator will say prayers and the sermon will be given by the Archbishop of Canterbury, who will also give the Commendation.

Around 4,000 military personnel have been rehearsing for days for one of the UK's largest state events in decades, with the last state funeral at the Abbey held in 1965 for Britain's war-time Prime Minister Winston Churchill.

Elements of the state funeral service and the associated ceremonial arrangements will pay tribute to the Queen's extraordinary reign, and Her Majesty's remarkable life of service as head of state, nation and Commonwealth, Buckingham Palace said.

The coffin is draped with the Royal Standard, on which lie the instruments of state the Imperial State Crown, the Orb and the Sceptre, where they will remain for the duration of the state funeral and a Committal Service at Windsor Castle later on Monday.

At 10:44 am local time the coffin will be borne in procession on the state gun carriage of the Royal Navy from the Palace of Westminster to Westminster Abbey for the funeral. Immediately following the coffin will be King Charles and senior royals and members of the King's household. The National Anthem, a rendition of God Save the King', will bring the state funeral service to a close around noon local time after a two-minute nationwide silence.

After the service, the world leaders are to be hosted by UK Foreign Secretary James Cleverly at the Church House on the Abbey grounds and President Murmu is expected to join before leaving for New Delhi later on Monday.

Meanwhile, the coffin will return to the state gun carriage for a procession to Wellington Arch at Hyde Park Corner in London.

Minute Guns will be fired in Hyde Park by the King's Troop, Royal Horse Artillery, and Big Ben the largest bell in the Elizabeth Tower named after Queen Elizabeth II will toll throughout the duration of the procession. According to officials, as a result of the recent conservation programme for the iconic London landmark, a muffler will be used which creates a quieter tone.

A state hearse will then convey the coffin to Windsor, where a procession joined by members of the royal family will head for the Committal Ceremony at St. George's Chapel. A private burial will take place on Monday evening at the King George VI Memorial Chapel, a small enclave within the historic chapel which is to be the Queen's final resting place along with the coffin of her late husband, Prince Philip the Duke of Edinburgh.