‘Even though I totally disagree with the outcome of the election, there will be an orderly transition on January 20’ 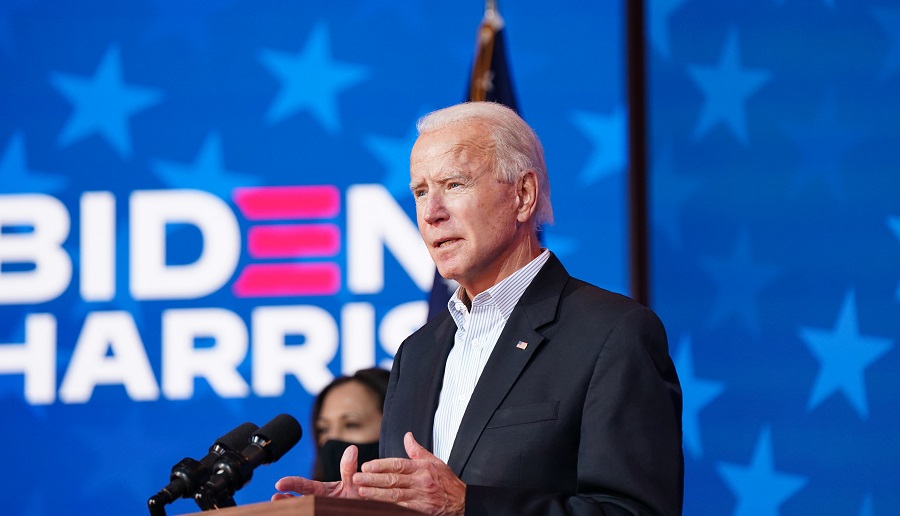 Congress confirmed President-elect Joseph R. Biden’s victory early Thursday, hours after a mob of loyalists urged on by President Trump stormed and occupied the Capitol, disrupting the final electoral count in a shocking display of violence that shook the core of American democracy.

President Trump, who spent months stoking the anger of his supporters with false claims that the election was stolen and refused to condemn the violent protests on Wednesday, said early Thursday that he would respect the results.

“Even though I totally disagree with the outcome of the election, and the facts bear me out, nevertheless there will be an orderly transition on January 20th,” he said in a statement.

The statement came moments after Biden’s victory was certified shortly before 4 am (local time) by a joint session of Congress presided over by Vice President Mike Pence.

There was no parallel in modern American history, with insurgents acting in the president’s name vandalizing Speaker Nancy Pelosi’s office, smashing windows, looting art and briefly taking control of the Senate chamber, where they took turns posing for photographs with fists up on the dais where Vice President Mike Pence had just been presiding.

By the time the Senate reconvened late Wednesday, hours after lawmakers had been evacuated from a Capitol overrun by rebels carrying pro-Trump paraphernalia, one of the nation’s most polarizing moments had yielded an unexpected window of solidarity. Republicans and Democrats locked arms to denounce the violence and express their determination to carry out what they called a constitutionally sacrosanct function.

“To those who wreaked havoc in our Capitol today, you did not win,” Mr. Pence said in a sharp break from Mr. Trump, who had praised the mob. “Violence never wins. Freedom wins. And this is still the people’s house.”

Senator Mitch McConnell, Republican of Kentucky and the majority leader, said the “failed insurrection” had only clarified Congress’s purpose.

“They tried to disrupt our democracy,” he said. “They failed.”

After the vote was finally certified, Barry C. Black, the Senate chaplain, said a prayer in the chamber that acknowledged the violence.

“These tragedies have reminded us that words matter and that the power of life and death is in the tongue,” he said.

The upheaval unfolded on a day when Democrats secured a stunning pair of victories in runoff elections in Georgia, winning effective control of the Senate and the complete levers of power in Washington. And it arrived as Congress met for what would normally have been a perfunctory and ceremonial session to declare Mr. Biden’s election.

The siege was the climax of a week-long campaign by Mr. Trump, filled with baseless claims of fraud and outright lies, to try to overturn a democratically decided election that he lost.

“We gather due to a selfish man’s injured pride, and the outrage of supporters who he has deliberately misinformed for the past two months and stirred to action this very morning,” Senator Mitt Romney, Republican of Utah and the 2012 presidential nominee, said after the chamber reconvened. “What happened here today was an insurrection incited by the president of the United States.”

On Tuesday evening, Mr. Biden, seeking to tamp down the anarchy that Mr. Trump had stoked with angry language, urged rioters to abandon what amounted to an armed occupation of the House and Senate. The president-elect denounced Mr. Trump’s refusal to graciously accept defeat, and suggested that the president was to blame for the violence.

“At their best, the words of a president can inspire,” Mr. Biden said. “At their worst, they can incite.”

Four people died on Wednesday, including one woman who was shot by a police officer, amid protests and rioting on Capitol Hill that resulted in dozens of demonstrators being arrested, police said.

Here’s my statement on today’s violence at the Capitol. pic.twitter.com/jLCKo2D1Ya

Far from discouraging confrontation, Trump had encouraged his supporters earlier Wednesday to confront Republican lawmakers going against him to side with the Constitution.

“We will never concede,” he told a group of thousands gathered near the White House, inveighing against members of his own party preparing to finalize his loss as “weak Republicans, pathetic Republicans” whose leadership had gone “down the tubes.” He then repeatedly told them to march to the Capitol, where the vote tallying was about to get underway. The violence began a little more than two hours later.

Distressed to see news about rioting and violence in Washington DC. Orderly and peaceful transfer of power must continue. The democratic process cannot be allowed to be subverted through unlawful protests.

Biden, in his own remarks, demanded that Trump intervene to tamp down an “unprecedented assault” on democracy. He called for a televised address by Trump to “fulfil his oath and defend the Constitution and demand an end to this siege.”

“This is not dissent. It’s disorder. It’s chaos. It borders on sedition, and it must end now,” Biden said. “I call on this mob to pull back and allow the work of democracy to go forward.”

Trump initially stayed quiet as the mob rampaged through the Capitol. When he did make himself heard, it was to call for support for law enforcement in a tweet that concluded, “Stay peaceful!” But not long after, he released a brief video repeating his disproved claim that “the election was stolen” and speaking in sympathetic and affectionate terms to members of the mob. Later, he absolved the mobsters of their gross assault, effectively arguing that their actions had been warranted.

“These are the things and events that happen when a sacred landslide election victory is so unceremoniously & viciously stripped away from great patriots who have been badly & unfairly treated for so long,” Trump wrote Wednesday evening in a tweet, which Twitter later removed. “Go home with love & in peace. Remember this day forever!