If confirmed by Senate, 50-year-old will replace Kenneth Juster 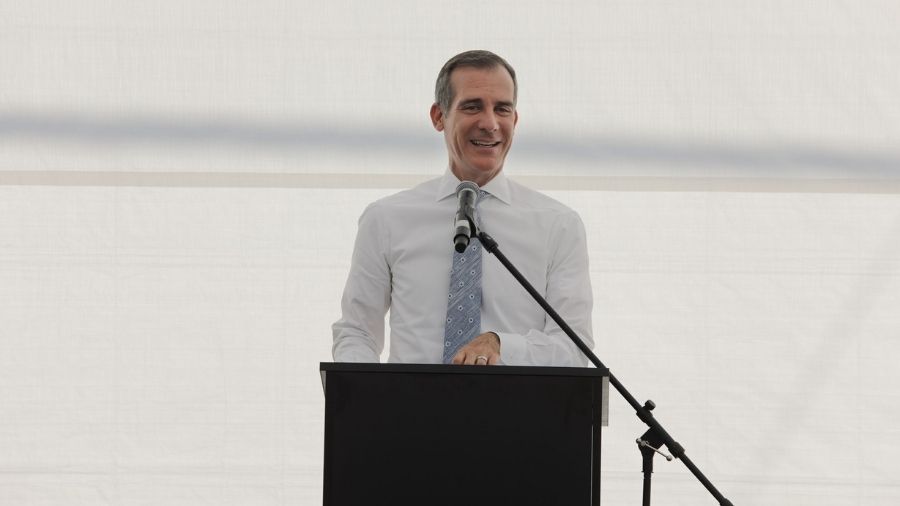 If confirmed by the Senate, Garcetti, 50, would replace Kenneth Juster, who served as India's Ambassador to the US during the Trump administration.

Early this week, Juster was appointed as distinguished fellow at the Council on Foreign Relations.

Announcing the nomination along with several other ambassadors, the White House said Eric M Garcetti has been the Mayor of the City of Los Angeles since 2013, following 12 years as a member of the City Council, including six as Council President.

As Mayor, Garcetti oversees the busiest container port in the Western Hemisphere, the largest municipal utility in the country, and one of the busiest airports in the world.

He led LA's successful bid to return the summer Olympic Games to American soil for the first time in three decades.

He currently chairs LA Metro, the country's second-busiest transit agency, which is building or extending 15 new transit lines, and shifting to an all-electric fleet.

Garcetti co-founded Climate Mayors and led more than 400 US mayors to adopt the Paris Climate agreement.

He is the current Chair of C40 Cities a network of 97 of the world's biggest cities taking bold climate action and has led the organization's engagement and expansion in India as well as C40's global response to the COVID-19 pandemic through the sharing of best practices and resources.

During 12 years as an Intelligence Officer in the US Navy Reserve Component, Garcetti served under the Commander, US Pacific Fleet and the Defence Intelligence Agency, retiring in 2017 as a Lieutenant.

A Rhodes Scholar, he studied at Queen's College, Oxford and the London School of Economics and Political Science. Garcetti was selected as an inaugural Asia 21 Fellow of the Asia Society, and taught at Occidental College's Department of Diplomacy and World Affairs, as well as at the University of Southern California's School of International Relations.

He has lived and conducted field work on nationalism, ethnicity, and human rights in Southeast Asia and Northeast Africa. He is the founding Chair of the Latino Alliance of Mayors at the US Conference of Mayors, serves on the Board of National Association of Latino Elected and Appointed Officials, and speaks fluent Spanish, the White House said.

Biden has also nominated Denise Campbell Bauer, as his envoy to Monaco; Peter D Haas, to Bangladesh; and Bernadette M Meehan, his top diplomat to Chile.