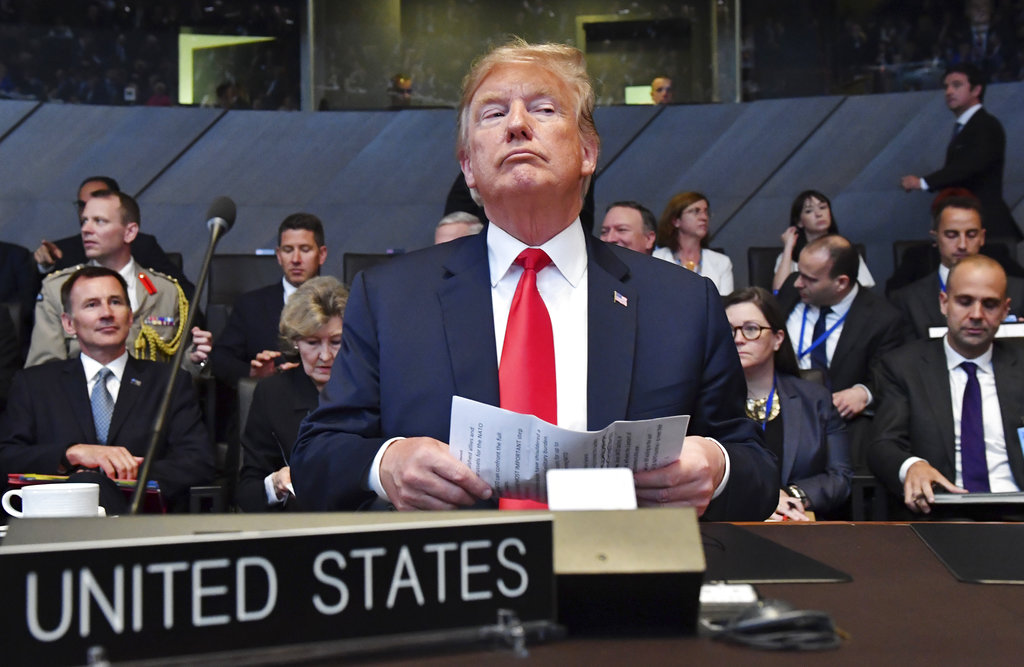 With the new rules, the Trump administration can set retroactive start dates for unlawful presence that begins the day after an individual's degree programme is complete or the day after a person's visa expires.
AP file picture
PTI   |   Washington   |   Published 24.12.18, 07:13 AM

As many as 65 top US universities, including Harvard and MIT, have challenged the Trump administration in a court against its new stringent visa policy for foreign students, warning that the new 'backdating' rule will have a detrimental effect on America's higher education system.

The new policy announced by the Trump administration in August places restrictions on overstaying a visa.

Under longstanding immigration policies, when an individual is no longer authorised to remain in the US such as when a visa expires, a period of 'unlawful presence' begins. After six months of unlawful presence, an individual can be forced to return to their country of origin and subject to a three-year bar from the US.

Prior to the August policy change, individuals only began to accrue unlawful presence the day after the government issued an official determination that the visa holder was 'out of status'.

With the new rules, the Department of Homeland Security (DHS) can set retroactive start dates for unlawful presence that begins the day after an individual's degree programme is complete or the day after a person's visa expires.

The top institutions, including Harvard, MIT, Cornell, Yale, and Princeton signed onto an amicus brief filed on Monday, arguing that the new rule puts visa-holding students in a position to make 'tough choices'.

These institutions argue that the new policy's use of a 'backdated unlawful-presence clock' will render tens of thousands of F, J and M categories of visa holders subject to three- and 10-year re-entry bars without any opportunity to cure.

According to the National Association of Foreign Student Advisors (NAFSA), international students contributed $39 billion to the US economy during the 2017-2018 academic year.

The 65 institutions and one higher education system board, mostly member institutions of the Presidents' Alliance on Higher Education and Immigration, signed the brief, which urges the federal court to grant them motion for a preliminary injunction.

The brief explains that the new 'backdating' rule introduces considerable uncertainty into the calculation of unlawful presence and needlessly exposes international students to devastating reentry bans.

'The new rule will harm international students and scholars, as well as institutions which host them,' it said.

It notes the new backdating rule by US Citizenship and Immigration Services will likely result in fewer international students, scholars and instructors contributing to the communities.

The brief supports Guilford College, et al in its lawsuit against US Secretary of Homeland Security Kirstjen M Nielsen et al. It was filed in the US District Court for the Middle District of North Carolina.

'The talents, perspectives, insights and passion to serve our world that they bring our campus communities benefits our nation and contributes to the common good that we all share,' he said.

International students and scholars also continue to contribute to the US economy beyond their periods of enrolment.

For example, in a study of American startup companies valued at $1 billion or more, it was found that nearly one quarter of such businesses had a founder who first came to the United States as an international student, it said.

The backdating rule introduces significant uncertainty and punishes students for reasons that are frequently beyond the students' control.

In some cases, students and exchange visitors can fall out-of-status due to unwitting clerical and technical errors, often of someone else's making, the brief said.

In many cases, the infraction will not be discovered (or determined, as the F, M, and J regulations are not always clear and may be subject to varying interpretations) until the individual reapplies for another immigration benefit, such as an optional practical training allowance or an H-1B visa, it said.

'A ban, in turn, could have devastating immediate consequences for a student's course of study and would outright bar the student from reentering the US for any reason even for business purposes, or to see a child for a period of year,' the brief said, adding that the new rule will diminish America's ability to compete for international students and scholars.

This decline in international student enrolment and in engagement with international researchers and professors will have a detrimental effect on the system of higher education in the US.

'As of today, international students continue to make this country the global leader in higher education, but the gap is closing. The United States' 'market share has dropped from 23 per cent in 2000 to 16 per cent in 2012' with China, Canada, Britain and Russia all vying for the same pool of talent,' it said.