4 children among 14 killed in Syria blast 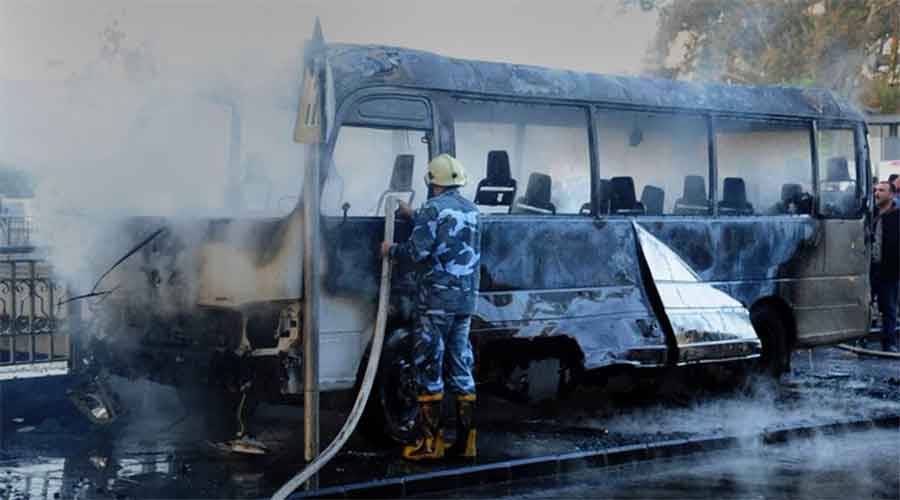 A blast on an army bus in Damascus on Wednesday killed 14 people, state media reported, the deadliest bombing in the Syrian capital in years, including killing four children and a teacher on their way to school.

The bus carrying troops was blown up near a bridge in the centre of Damascus. A military source quoted by state media said two bombs had been attached to the vehicle in advance. Army engineers defused a third.

Four children and a teacher on their way to school were among those confirmed killed, the Unicef said. The Syrian Observatory for Human Rights, a monitoring group, called it the deadliest attack on Idlib since March 2020. Rescue workers said at least 30 people were wounded.

“The numbers of children injured and killed continue to increase,” Unicef said.