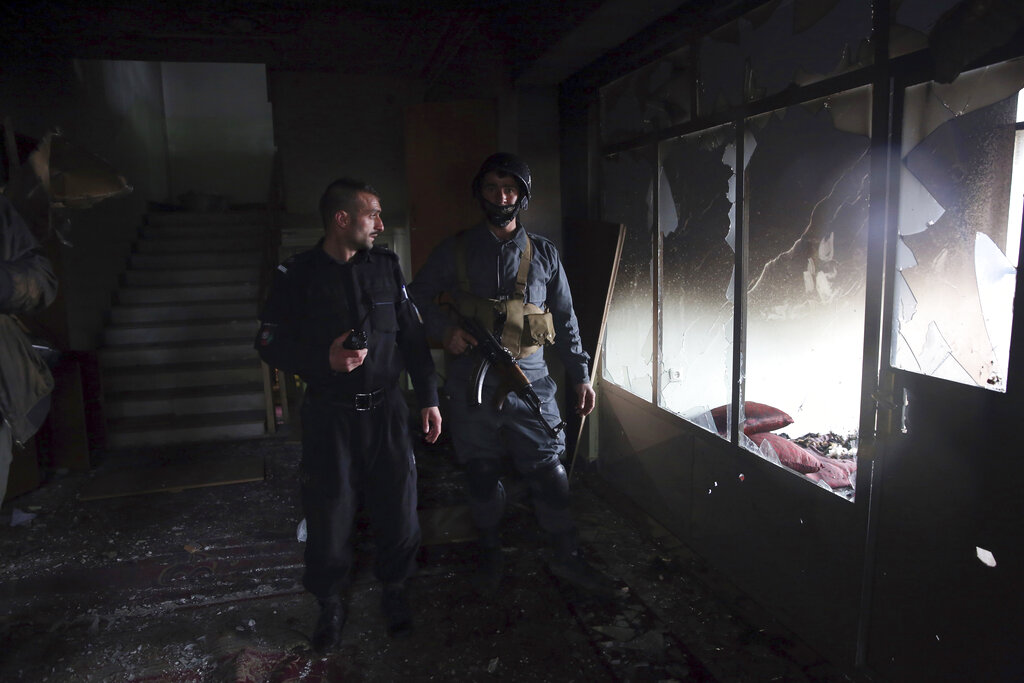 At least 25 worshippers were killed and eight others injured when a heavily armed suicide bomber stormed his way into a prominent gurdwara on Wednesday in the heart of Kabul.

The Islamic State, which has targeted Sikhs before in Afghanistan, claimed responsibility for the attack on the gurdwara in the Shor Bazar area at 7.50am (local time) as 150 worshippers were inside the building.

“Unfortunately, 25 civilians were killed and eight others injured,” the ministry of Interior said in a tweet on the attack carried out by a gunman, who was killed by Afghan special forces.

It said 80 people stranded inside the gurdwara were rescued by security forces.

Earlier, the Afghan media reported that the attack that lasted six hours and was carried out by four terrorists.

The ministry said in a statement that 80 people, including women and children, were rescued from the gurdwara.

The IS issued a statement confirming that its members carried out the attack on Sikhs in Kabul , Khaama Press News Agency reported.

TOLOnews, quoting sources in the Afghan government, blamed the Haqqani group for the attack. The Pakistan-based group, designated by the US as a banned terror outfit, has conducted several attacks inside Afghanistan.

Earlier, the Taliban, denied any involvement. Taliban spokesperson Zabiullah Mujahid said that the militant group had no link with the attack.