The celebrated creator of comics based on his characters, Bantul and Nonte-Fonte, was admitted to a private hospital on December 24 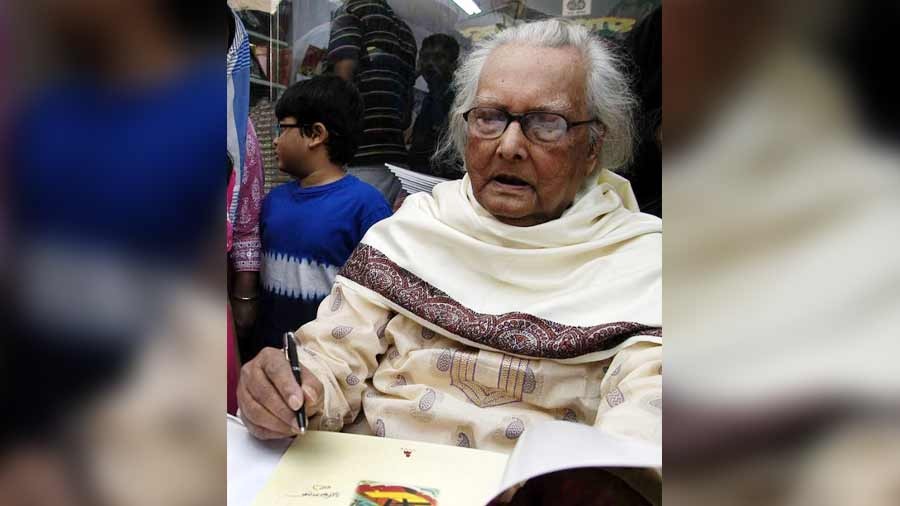 Narayan Debnath, the creator of Bengali comics based on the immortal characters of Bantul and Nonte & Fonte, died of age-related health complications here on Tuesday. He was 96.

Debnath was admitted to a private hospital near Minto Park in South Kolkata on December 24 with kidney-related problems. His oxygen levels were low. He had to be put on ventilator support on January 17. He breathed his about 24 hours later at 10.15 am on Tuesday.

“I am deeply saddened by the death of eminent children's writer and cartoonist Narayan Debnath. Narayan Debnath, the creator of Bantul the Great, Handa Bhonda, Nante Fonte, Bahadur Beral, etc., has gained a permanent place in the minds of readers of all ages.”

Extremely sad that the noted litterateur, illustrator, cartoonist, and creator of some immortal characters for children's world, Narayan Debnath is no more. He had created Bantul the Great, Handa- Bhonda, Nonte- Fonte, figures that have been etched in our hearts for decades.

Debnath was born in 1925 in Shibpur, Howrah. From a young age, he showed an inclination towards art. In keeping with his family tradition, he used to design jewellery from a young age. After finishing school, he joined the Government Art College, but had to stop in the aftermath of World War II. After that he worked for a number of advertising agencies.

He dropped out of the college to take care of his family business, but soon went back to the drawing board. Debnath started freelancing for a few advertising agencies, creating movie slides and logos, before getting in touch with Deb Sahitya Kutir.

In 2013, he was awarded the Sahitya Akademi Award and the Bangabibhushan Award in 2013. Debnath received the Padma Shri in 2021.

"His works reflected his intellectual prowess. The characters he created will remain eternally popular. Pained by his demise. Condolences to his family and admirers. Om Shanti," Modi tweeted.

The first comic strip of Handa Bhonda was published in 1962 in Bengali children's magazine 'Suktara', brought out by Deb Sahitya Kutir. It was followed by Bantul The Great (1965) and Nonte Phonte (1969).

Debnath continued working till the age of 93 when the last comic strip of 'Nonte Phonte' was published in the 2017 Durga Puja issue of Suktara.

Earlier, he created Rabi Chobi - a comic strip that was published in May 1961 in children's magazine Anandamela to mark the birth centenary of Rabindranath Tagore. "Bantul was not much popular during the initial two-three publications, but became a cult as the average Bengalis identified with his traits and exploits," said Rupa Majumder, the publisher of Deb Sahitya Kutir.

Debnath was conferred with Padma Shri in 2021 but could not visit New Delhi to collect the award. State Home Secretary BP Gopalika and Cooperative Minister Arup Roy handed him the medal and certificate on his hospital bed on Thursday.

Rabindra Bharati University gave him an honorary D.Litt in 2015. Governor Jagdeep Dhankhar, who visited Debnath at his home last month, said his death was a huge loss to the world of literary creativity and comics.

"Sad at demise of Padma Shri #NarayanDebnath legendary cartoonist and creator of immortal characters Bantul the Great, Handa-Bhonda, Nonte-Fonte for children's world. Huge loss to the world of literary creativity and comics. My thoughts are with his family, friends and fans," he tweeted.

Huge loss to the world of literary creativity and comics. My thoughts are with his family, friends and fans. https://t.co/PM70ymyCsM pic.twitter.com/eZwAboDmhN

Debnath is credited to have first introduced the concept of comic-strip in Bengali literature, said actor-MLA Chiranjit Chakraborty, who is the son of noted cartoonist Saila Chakraborty. "Debnath is the inventor of storyboard in true sense in a comic series," he said.

Publishers' and Booksellers' Guild president Tridib Chatterjee told PTI that Debnath created Bantul The Great during the 1965 India-Pakistan war, and 'Bantul' was often seen pulverising the Pakistani Army in then East Pakistan (now Bangladesh) in the comic strips.

"It was astounding how he could produce so many comic strips with such unfailing regularity. Each of them was unique and unparallel in their strokes, imagination and quotient of humour. He had a razor-sharp mind," Chatterjee said.

The guild will commemorate him at the upcoming Kolkata International Book Fair, he added.

Debnath was confined to his Shibpur home for the last five years as his health condition deteriorated with age. He was also having financial difficulties.

Calcutta's mayor Firhad Hakim visited the hospital on receiving the news of Debnath's death and paid tributes to him.

His body was taken to his home in Shibpur before being consigned to flames at a nearby crematorium.